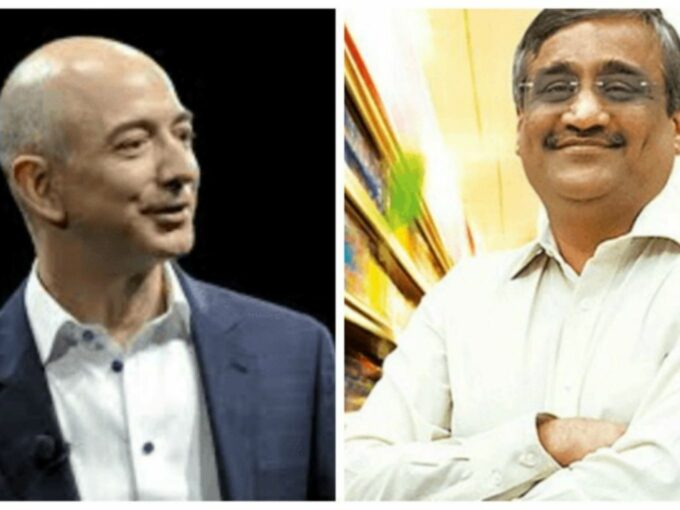 The Supreme Court today has extended the timeline for the Competition Commission of India (CCI) to decide and give a ruling in the Amazon-Future Coupons case by two more weeks.

The original deadline for the antitrust body to give its verdict, as directed by the Delhi High Court was today (November 29th, 2021).

The top court, however added that the concerned parties may submit any further argument to CCI within this extended period.

The order came after Amazon filed a special leave petition (SLP) against the Delhi High Court’s recent order directing the Competition Commission of India (CCI) to expedite its ruling in the Future Coupons issue.

On November 16, the Delhi High Court directed the antitrust body to decide and give a ruling on the pleas filed to revoke approval to the ecommerce giant’s investment in Future Coupons, following which Amazon on November 22 moved the apex court.

The High Court gave the directive in a petition filed by the Confederation of All India Traders (CAIT), which had also recently written to CCI seeking the annulment of its approval.

In its special leave petition, Amazon had said that the recent order of the Delhi High Court directing the CCI to expedite its ruling has “severe implications” on the ongoing proceedings at several forums including the CCI and the Supreme Court.

Amazon alleged that — the petition has been presented as a public interest litigation (PIL) by CAIT. However, it is a “strategic ruse devised to help the respondents (Future Retail) in the aforesaid arbitration, orchestrated by them, with the sole objective of filibustering adjudicatory proceedings that are in motion”.

On November 15th, CAIT filed a PIL in the Delhi High Court against the Future Coupons investment in view of protecting 6,000 traders who had supplied goods to Future Group amounting to about INR 10,000 Cr.

In its plea, CAIT had said that Amazon’s investment into the Future Group company was granted based on the US appeal that traders should not be made a scapegoat or suffer any financial loss due to the fight between corporate giants.

Post the Delhi High Court’s directive, the CCI heard the counsels of Future Coupons and CAIT on the matter of Amazon’s investment into Future Coupons on Wednesday, November 24.

However, the counsel for Amazon did not argue or make oral submissions on the matter saying it may compromise the special leave petition filed with the Supreme Court. The Amazon counsel also made a grievance that the ecommerce major did not get sufficient time to file its rejoinder.

“Having heard the counsel(s), the Commission decided to pass an appropriate order in due course,” CCI said in its letter to Future Coupons.

In its latest letter to the CCI, the Independent Directors said that the restrictions arising out of the 2018 Press Note 2 notification prohibited ecommerce marketplaces from exercising ownership or control over sellers’ inventory on their platform. This led to a change in the investment structure, with Amazon investing in a twin-entity investment structure through Future Coupons.

To examine the case, the Enforcement Directorate (ED) has summoned Amazon India head Amit Agarwal and Future Group officials for the verification of documents and evidence, over alleged irregularities in the said deal.

The ED will be investigating if Amazon violated India’s law on foreign exchange when it invested INR 1,431 Cr to purchase a 49% stake in FCPL in 2019 and if it complied with regulations.

Regardless of the Amazon-Future Group contract, Future Group in August 2020 announced a deal with Reliance Retail and Amazon took the issue to the SIAC. Consequently, the Reliance–Future deal has been bitterly contested by Amazon through the Singapore Arbitration.