Previously, Future Retail’s independent directors had asked CCI to nullify the deal as Amazon “concealed facts, made misrepresentations to the CCI to seek approval for its investment in Future Coupons

Providing an email thread between Amazon India’s legal head Rakesh Bakshi and Jeff Bezos, Future claims that Amazon had always sought to invest in Future Retail which was restricted by FDI norms, thus it took the “twin-entity investment” route 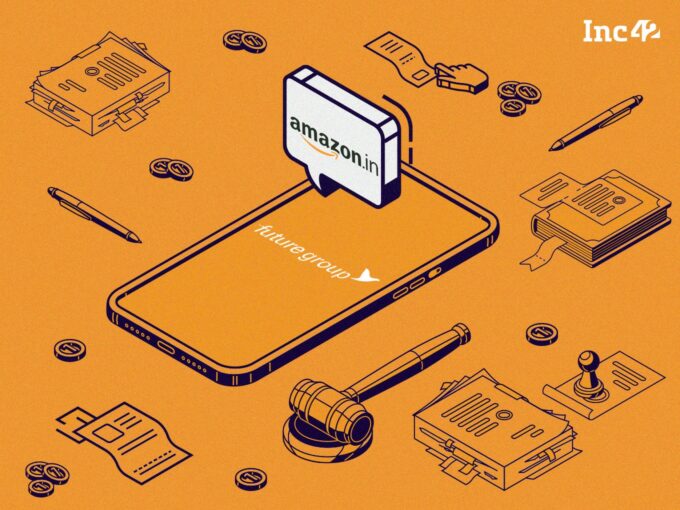 Future Retail Ltd’s (FRL) Independent Directors have written a second letter to the Competition Commission of India (CCI), and this time with proof. FRL’s directors have disclosed new documents in a letter to the country’s antitrust watchdog citing Amazon always wanted to invest in FRL, but couldn’t, due to FDI restrictions on retail entities.

The email added that the restrictions arising out of the 2018 Press Note 2 notification prohibited ecommerce marketplaces from exercising ownership or control over sellers’ inventory on their platform. This led to a change in the investment structure, with Amazon investing in a twin-entity investment structure, through Future Coupon’s.

The email between Rakesh Bakshi, Head, legal and assistant general counsel, Amazon India, and Jeff Bezos reveals the startling details on how Amazon viewed and planned to enforce its agreements, the letter claimed. It said Bakshi’s email stated that due to foreign investment policy restrictions, Amazon will use a “twin-entity investment” structure to invest in FRL.

While at the point of the deal, Amazon had stated that it intended to invest in FCPL because of its “unique business model and strong growth potential”, FRL asserts that it was never the case. The independent directors alleged that Amazon determined the price paid for the FCPL shares based on FRL’s valuation.

The move comes shortly after Future Retail’s (FRL) independent directors, wrote to the anti-trust watchdog. It had stated that Amazon received CCI’s nod to the deal for investment in FCPL, and not for acquiring strategic, material and special rights over FRL similar to FRL’s shareholders.

The directors stated in the letter that Amazon “concealed facts, made misrepresentations to the CCI to seek approval for its investment in Future Coupons, a promoter holding company.”

Reiterating the directors’ statements, CAIT, too wrote a letter to the CCI, stating that ecommerce major had made false statements. It had added that only a levy of penalty will not suffice and will be illegal

Regardless of the Amazon-Future Group contract, Future Group in August 2020 announced a deal with Reliance Retail, Amazon took to the SIAC. Consequently, the Reliance – Future deal has been bitterly contested by Amazon through the Singapore Arbitration.