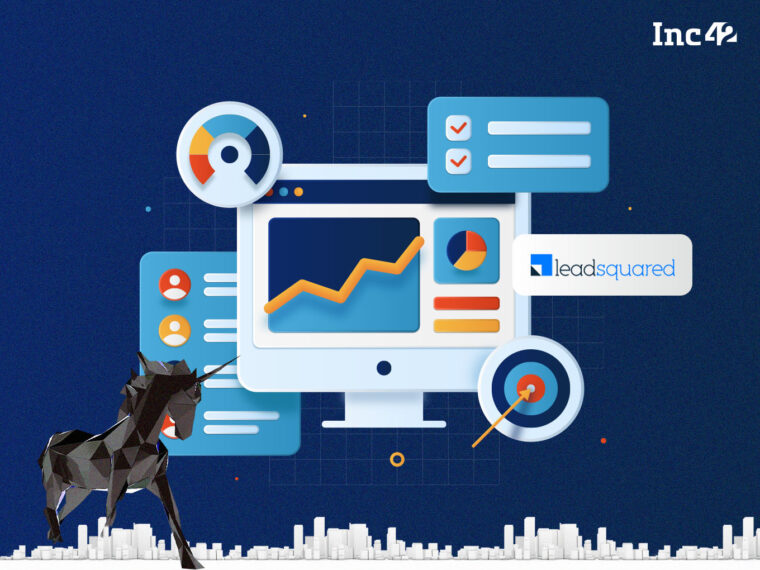 LeadSquared has become India’s 103rd unicorn overall, the 17th unicorn minted in 2022 and the 20th unicorn from enterprisetech and SaaS

The newly-minted unicorn will use the funds to make growth investments in India and North America, expand in APAC and EMEA, add new offerings and fund acquisitions

Bengaluru-based SaaS startup LeadSquared has become the latest entrant to India’s unicorn club, after raising $153 Mn from WestBridge in a Series C funding round. It has joined the likes of Amagi, Browserstack and Zoho among India’s enterprisetech unicorns.

The newly-minted unicorn will use the incoming funds to make growth investments in India and North America, expand in APAC and EMEA, add new products and solutions and fund inorganic growth via acquisitions.

The startup offers products to verticals such as edtech, healthcare, BFSI, real estate, automotive and hospitality. LeadSquared claims to have more than 2,000 enterprises across 40 countries, along with more than 150K mobile users. It counts the likes of unicorns such as BYJU’S, Dunzo, Zoomcar and Cars24 among its clientele.

Talking with Inc42, Nilesh Patel, founder and CEO at LeadSquared, said, “We have a larger opportunity at hand. We are able to build a platform from which we can jump higher, and have larger global aspirations to build a sizeable business globally.”

Speaking of future plans, Patel said that the startup will be making acquisitions, but there is nothing on the cards right now. “The intent is to look at what is there and basically what offers the opportunity to expand faster than the market,” he added.

Sumir Chadha, cofounder and MD at WestBridge Capital said, “LeadSquared has shown a remarkable ability to scale and grow efficiently.”

Chadha added, “Its focus on building an easy-to-use platform that transforms sales processes through automation delivering unparalleled efficiency, has significant potential for growth in the global market.”

LeadSquared has become India’s 103rd unicorn overall, the 15th unicorn minted in 2022 and the 20th unicorn from enterprisetech and SaaS.

The enterprisetech startup had previously raised $32 Mn led by Gaja Capital in 2020 and $3 Mn during its Series A led by Stakeboat Capital in 2019. It has also become the third unicorn in the month of June, as beauty ecommerce startup Purplle and edtech startup PhysicsWallah (PW) joined India’s 103-strong unicorn club.