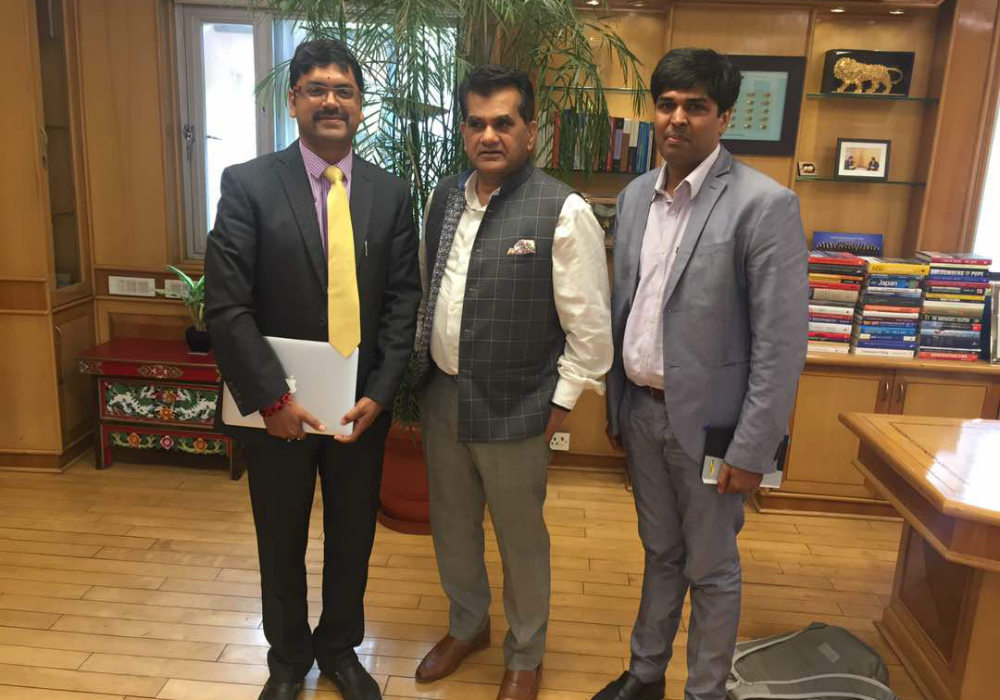 Noida-based SaaS startup EasyGov has raised an undisclosed amount of funding in an angel round led by Social Alpha, a Tata Trusts initiative. Other angel investors including Rajan Anandan, Rajeev Ahuja (Navayuga Group), Kshitij Arora and other investors on LetsVenture also participated in the round. EasyGov is also backed by NASSCOM 10K startups.

Established in 2015, Social Alpha is the ‘ecosystem architecture’ created by the Foundation for Innovation and Social Entrepreneurship to nurture startup teams through their lab-to-market journey. It is an initiative supported by Tata Trusts, to promote socially relevant innovations and entrepreneurship with a mission to create impact.

Shanti Mohan, founder and CEO of LetsVenture said, “EasyGov leverages technology to simplify and automate the delivery of government services to citizens. The company is making a significant, positive impact on how citizens interact with the govt and avail welfare schemes. By integrating analytics and the Aadhaar stack, it is also bringing transparency to the process and truly empowering the citizens of India.”

Talking about the investment, Vice President and Managing Director Google India and Southeast Asia, Rajan Anandan said, “There are some ideas that simply apply to a billion Indians. What EasyGov is solving is a tough, complex problem. I am very impressed with the team’s deep domain expertise and tech chops.”

EasyGov is a cloud solution that enables citizen self-services to avail Government of India’s schemes and services. EasyGov provides citizens with full information to facilitate them to get their entitlement/rights from the government.

Talking about the usage of funds, Amit Shukla, founder EasyGov said, “We will be using the money to develop local language support. We only have English now. A part of the money will also go into product enhancement and research and development.”

The company claims to have generated about $38.9K (INR 25 Lakhs) revenue. As per a recent report, EasyGov has developed an Aadhaar stack-based entitlement engine that helps a family to check all the possible benefits they can avail from various welfare schemes offered to them. This database includes schemes by the Centre as well as the state governments and NGOs.

The startup claims to have processed over 10,000 service requests in the past 12 months in NCR.

With the surge of startups in the country, many players have moved their vision to work for a social cause. Earlier in June 2017, Gurugram-based Hungry Foal, a for-profit social venture raised an undisclosed amount of debt from SBI under the Standup India Scheme. Another SaaS startup Corporate360 runs a programme called SmartWorker. It recruits unemployed youths in Kerala, trains them to become data analysts and join the company at a later date. On the other hand, there are crowdfunding platforms such as Milaap and Impact GURU that look to facilitate campaigns for concerned citizens to make donations for social ventures.

Much like EasyGov, there is an online citizen engagement platform, LocalCircles. It enables citizens to connect with national and local governance entities. Also, it enables them to connect with causes ranging from civic issues, finding emergency assistance, law & order, local and national governance and more. With the recent angel round of funding and backing by Tata Trusts’ Social Alpha, SaaS startup EasyGov will look to increase its reach by supporting its interface in languages other than English.