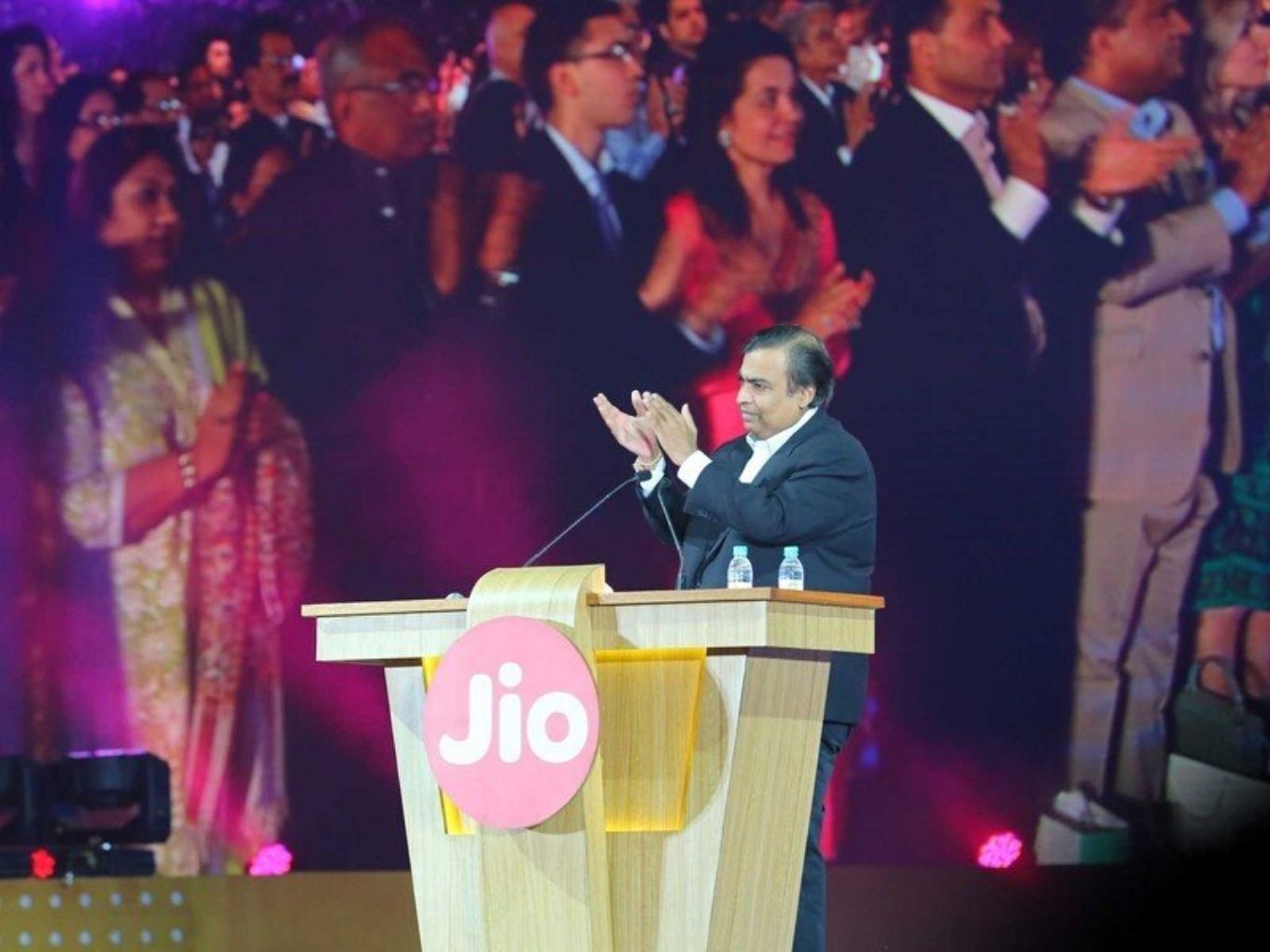 Given the scrutiny on Zoom by the government and the need to fill the gap quickly, JioMeet’s launch avatar actually makes sense from a product perspective

Could JioMeet’s similarity to Zoom in terms of the UI actually be a growth hack or simply a white-label deal with Zoom?

Reliance’s video conferencing app JioMeet has recorded over 500K downloads with a 4.5-star rating on the Google Play Store along with an unreported number of downloads on the App Store on the first day of its launch, even though the app was ridiculed on social media platforms for ‘copy-pasting’ Zoom.

But beyond the echo chamber that is Twitter, the success of the app clues us into why JioMeet’s striking resemblance to Zoom may not have been a silly oversight or laziness. It could very well be a UI-driven growth hack to make the transition easier for anyone moving from Zoom.

Several users have claimed that JioMeet’s video and audio quality is very good and there isn’t anything wrong with the app per se. There have also been some complaints that the app is consuming more data and battery than other applications. It must be noted that we cannot independently verify these claims made in the app reviews.

Given the size and stature of Reliance Industries, Jio and the many Reliance digital ventures, which stretches across major sectors in India from petrochemical to groceries, many said it was a lazy effort by JioMeet. Reliance has marked its presence in the grocery segment with Reliance Fresh and JioMart, clothing and accessories segment with Reliance Trends, ecommerce with Reliance Retail and Ajio, streaming with Jio Cinema, JioTV and JioSaavn. Reliance also has plans to make a mark in healthtech through Reliance HealthHub and agritech analytics with the JioKrishi app.

So it really makes one wonder why Reliance would put bare minimum efforts in terms of the UI and interface of JioMeet, its much-awaited video conferencing app.

Was it the urgent needs for the app given India’s reliance on foreign video conferencing tools, which forced Reliance to take the easy route? Or could it have been about providing those who have become habitual to Zoom a way to get used to JioMeet? Whatever the reason is, it has worked out for JioMeet.

As soon as the platform was launched, it took Twitter by storm as several users took to ridiculing the app for the uncanny resemblance to Zoom. As we reported, only the size of the font and the colour scheme is different to Zoom. The use of the same descriptors, the placement of the icons and the overall layout are enough to fool the undiscerning eye.

Besides this, JioMeet didn’t even put much effort into changing the iOS interface of the app and used the same icons for New Meeting, Join, Schedule and Share Screen as Zoom.

On iOS they literally used the same icons
The ACTUAL files pic.twitter.com/57AJAiJd0R

All this leads us to believe that a company like Reliance would never risk its reputation by simply copying something. It might very well be using a white-labelled version of Zoom, a service which Zoom does offer, as pointed out by developer Snigdha Sambit Aryakumar on Twitter.

While those criticisms of being a Zoom copy are valid till we know more about whether Jio indeed has a white label agreement with Zoom, let’s face it, India is not really such a mature market that it would choose an app simply because of the UI. Particularly for an app in the video conferencing space, it’s not really about the UI but about the overall experience. Even Google Meet had to borrow features from Zoom such as the tiled view of all participants to fulfil the demand of the market during the Covid-19 lockdown. In fact, we wouldn’t be surprised if Jio is already preparing to release a build with enough changes in the UI to set itself apart.

As any product manager would tell you, there’s no such thing as final UI. It’s constantly evolving with times, based on the user journey and behaviour as well as with some reliability testing.

Eric Ries, who is credited with creating the lean startup movement, said “a minimum viable product is that version of a new product which allows a team to collect the maximum amount of validated learning about customers with the least effort.”

In other words, the primary objective of an MVP or minimum viable product is to pass muster for the most basic use-case so that you can improve on the core proposition. Which in the case of JioMeet is the video conferencing bit and given the urgent need for a Zoom replacement, JioMeet passed the test, it would seem.

JioMeet has come as an assurance to hundreds of thousands of users, including the Indian government, who were sceptical of US-based video conferencing tool Zoom. Several internet users in India believed that Zoom was a Chinese application that was sharing all their data, even though the app was developed by a Chinese-American billionaire Eric Yuan and was based out of the US. However, Zoom did attract controversy over sharing data of some users outside China with the Chinese government. Before JioMeet, very Indian companies had attempted to bring a competitor. 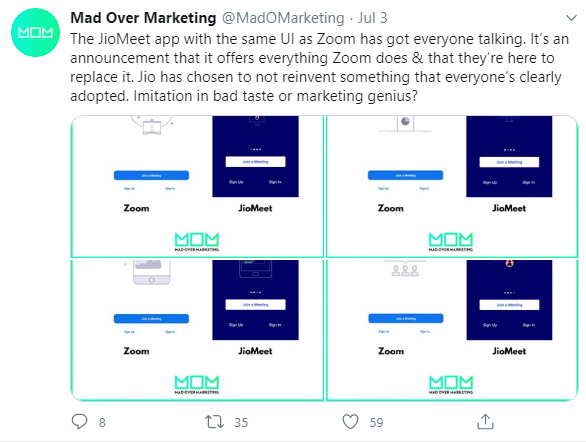 So while the reason behind JioMeet’s copycat look may not be clear, given the recent bans on 59 Chinese apps and the speculation around Zoom, at least no one can question the JioMeet launch timing. Of course, its biggest test will be how it will scale up and prove its use-case outside the consumer sphere. Yet another space to watch when it comes to Reliance Jio.