Rajasthan IT Day 2018: Meet The Three Winners Of Hackathon 4.0

Rajasthan IT Day 2018: Meet The Three Winners Of Hackathon 4.0

Hackathon 4.0 Received More Than 5000 Applications From Across India 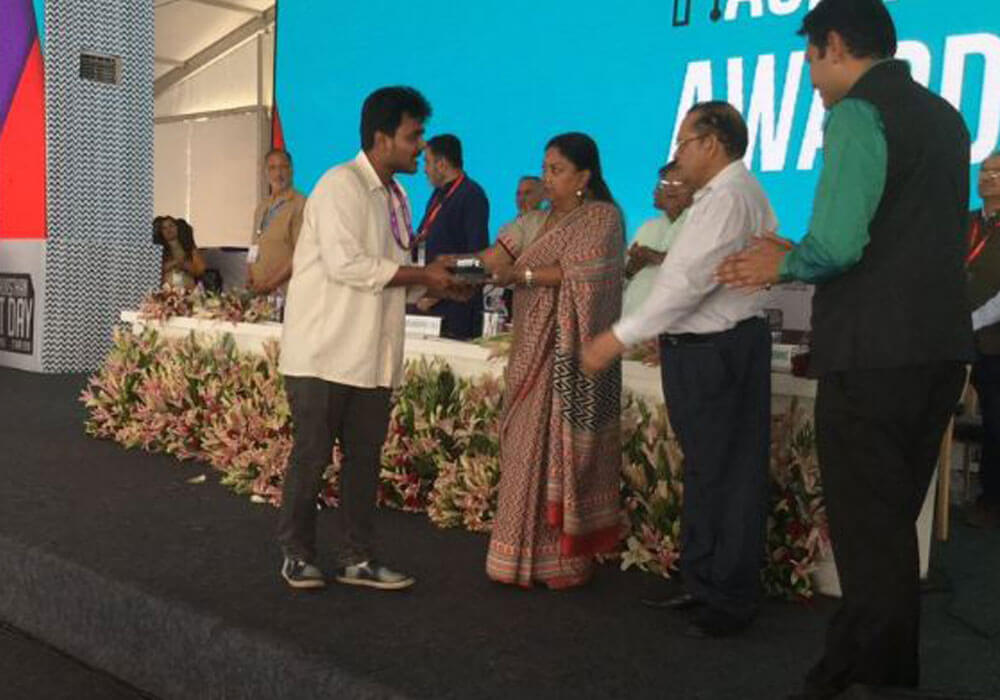 As Rajasthan IT Day 2018 concludes with much fanfare, we bring you the three winners from amongst 5000 entries of non-stop 36-hour coding marathon, Hackathon 4.0 held at the fest.

Jalandhar-based AK Pal Robotic, Delhi-based Tech 9 and Bengaluru-based Swift Ace have won the Hackathon 4.0 organised by the government of Rajasthan.

Hackathon 4.0 aimed at finding effective solutions to promote and improve the state’s IT and e-governance initiatives. The participants of the event which include students, professionals, startups, and organisations, had the prodigious platform to present their out-of-the-box thinking on these themes viz. AI, IoT, AR/VR, Blockchain, ML, data warehouse and data mobility.

Also, solutions could be created for Rajasthan government’s first initiatives such as Bhamashah and e-Mitra as well as to promote tourism in the state.

Here Are The Top Three Startup Teams Of Rajasthan hackathon 4.0

The winning startup of Akshay Kumar Pal and  Atul Sharma focuses on artificial intelligence and machine learning and used these new-age technologies to build an automatic robotic arm locomotive platform. 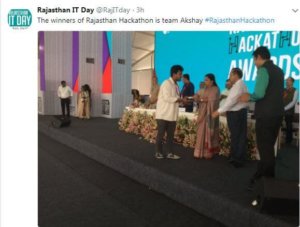 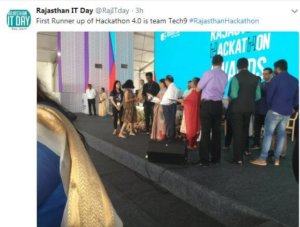 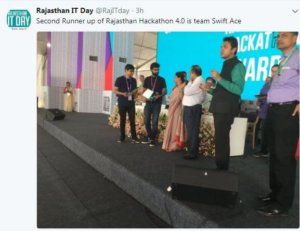 What Happens To The Winning Startups?

Based on the scalability of the solution, the winning ideas are either modified or directly put into motion by the Department of Information Technology and Communication, Government of Rajasthan. Earlier in the last Hackathon 3.0 in December 2017, which was held in Udaipur and had received over 2,000 entries, a VR startup – Yeppar, won the second position.

In its solution for rural-based problems, the startup designed a 360-degree solution using virtual glass to enable a person sitting in the urban area to visit the rural space and understand the problem without actually going to the place. This project was modified and is in its building stage right now.

With the growing startup conscious ecosystem, innovation and technology have been going hand-in-hand across the country. Amid this, recognition of these three winning startups of Rajasthan IT Day 2018 at Hackathon 4.0 is a step forward for the scalability of these innovative ideas.