Protests Against OYO In Pune As Hoteliers Demand Outstanding Dues 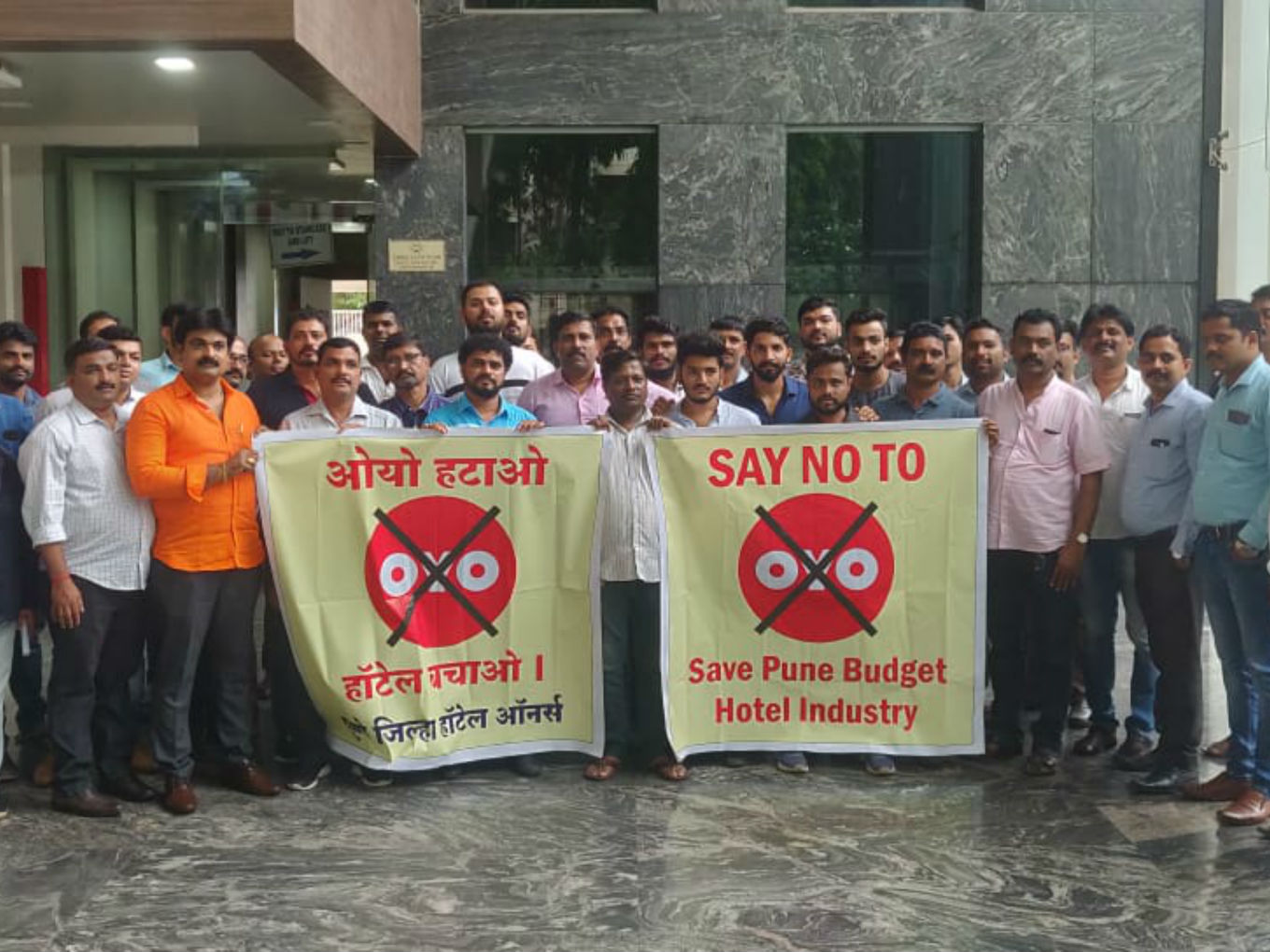 The company said hoteliers have unreasonable demands about payments

Even as OYO Hotels and Homes rapidly expands its international presence, its home turf continues to see angry hoteliers. The latest protest has emerged in Pune when a group of hoteliers protested outside OYO’s office over the company’s policies.

In a media statement, Federation of Hotel and Restaurant Associations of India (FHRAI) said that over 150 Pune hoteliers gathered at OYO’s regional office on August 13 demanding to meet execs from the company. The hoteliers of budget hotel properties alleged that despite giving multiple reminders to settle their outstanding dues, OYO has continued to ignore their pleas.

In response, an OYO spokesperson told Inc42 that as a “customer-first company” it has to ensure the right price point for its properties, which has upset some hotel owners.  The statement said Oyo “will not bow down to the unreasonable demands of vested interest groups, a majority of which are owners running competing properties, instigating and intimidating independent asset owners associated with OYO, and creating false public uproar.”

At OYO, we often refer to this as an occupational hazard, that one has to work with keeping in mind the larger picture – 10,000+ asset owners in India alone choosing OYO and growing with OYO. This year alone, we have had 642 asset owners, with hotel sales over INR 1 crore each, a stark increase from their earnings before becoming a part of OYO.

However, the protesting hoteliers in Pune have now given an ultimatum demanding that the company hand over the outstanding dues within five days.

“We have tried communicating with OYO through calls, email, and written letters; and also by sending our representative to their office before this. However, they have ignored all our previous requests,” said Vikram Shetty, HRAWI Executive Member. He further said that the hoteliers staged a silent protest outside their office yesterday.

Further, FHRAI has issued an advisory to its members asking to reach out to the apex body for any unjust actions taken against them by OYO.

The protest in Pune follows one in Bengaluru, where nearly 50 hoteliers demanded that OYO stop unethical practices that are supposedly leading to losses for the owners.

The development comes after OYO Hotels and Homes told the Competition Commission of India (CCI) that it is not a dominant player in any relevant market in a case over alleged misuse of dominant position in the market. The CCI agreed with OYO’s contention in its conclusion.

Prior to this, FHRAI filed a complaint with CCI against OYO alleging that three months after OYO promised its partners an 18% interest on delayed payments and launched complaint redressal solutions, the issues continue to be unresolved.

The complaints against OYO have been gaining ground over the last 8-10 months from various hotel associations and hoteliers. As OYO continues to claim to be leading hotel chain in India and abroad, how long can it ignore increasing dissatisfied partners and customers?