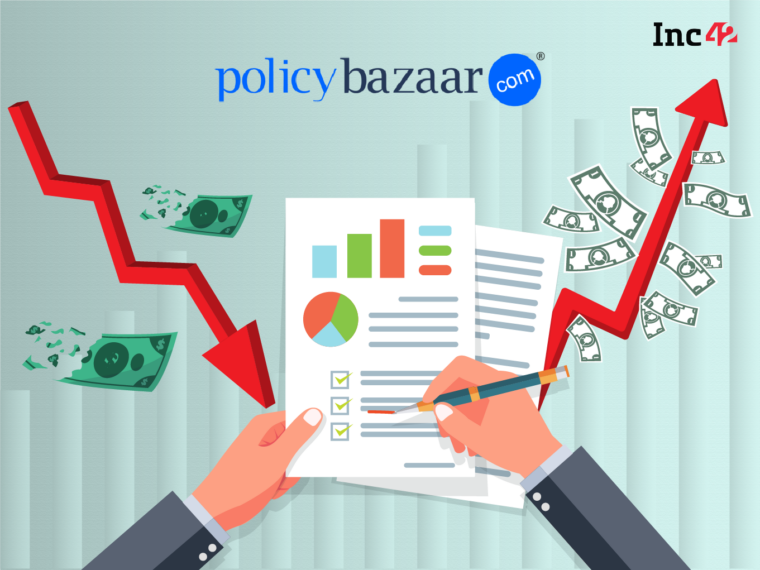 However, it narrowed its loss to INR 219.60 Cr in the March quarter from INR 298.01 Cr in the preceding December quarter 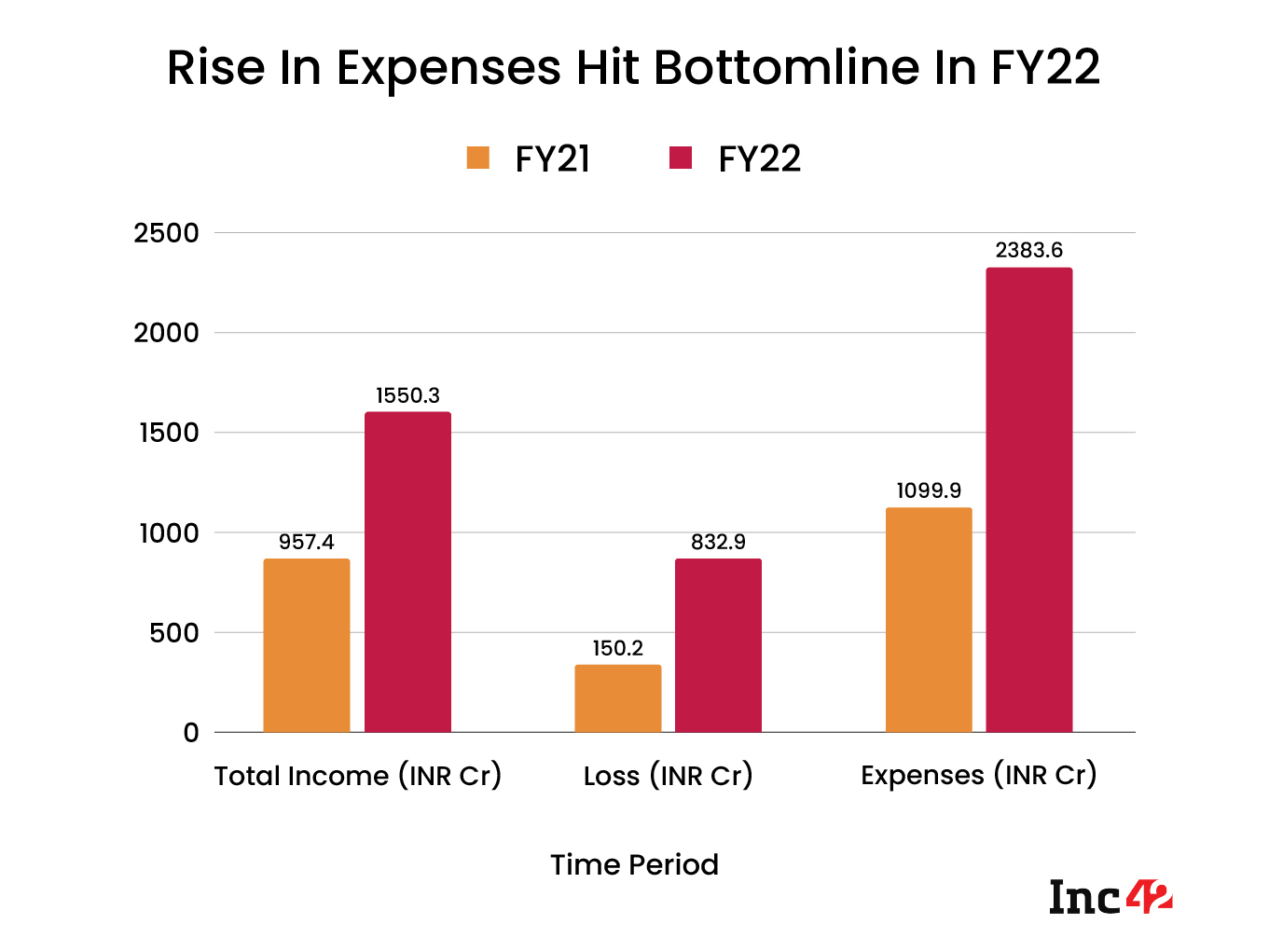 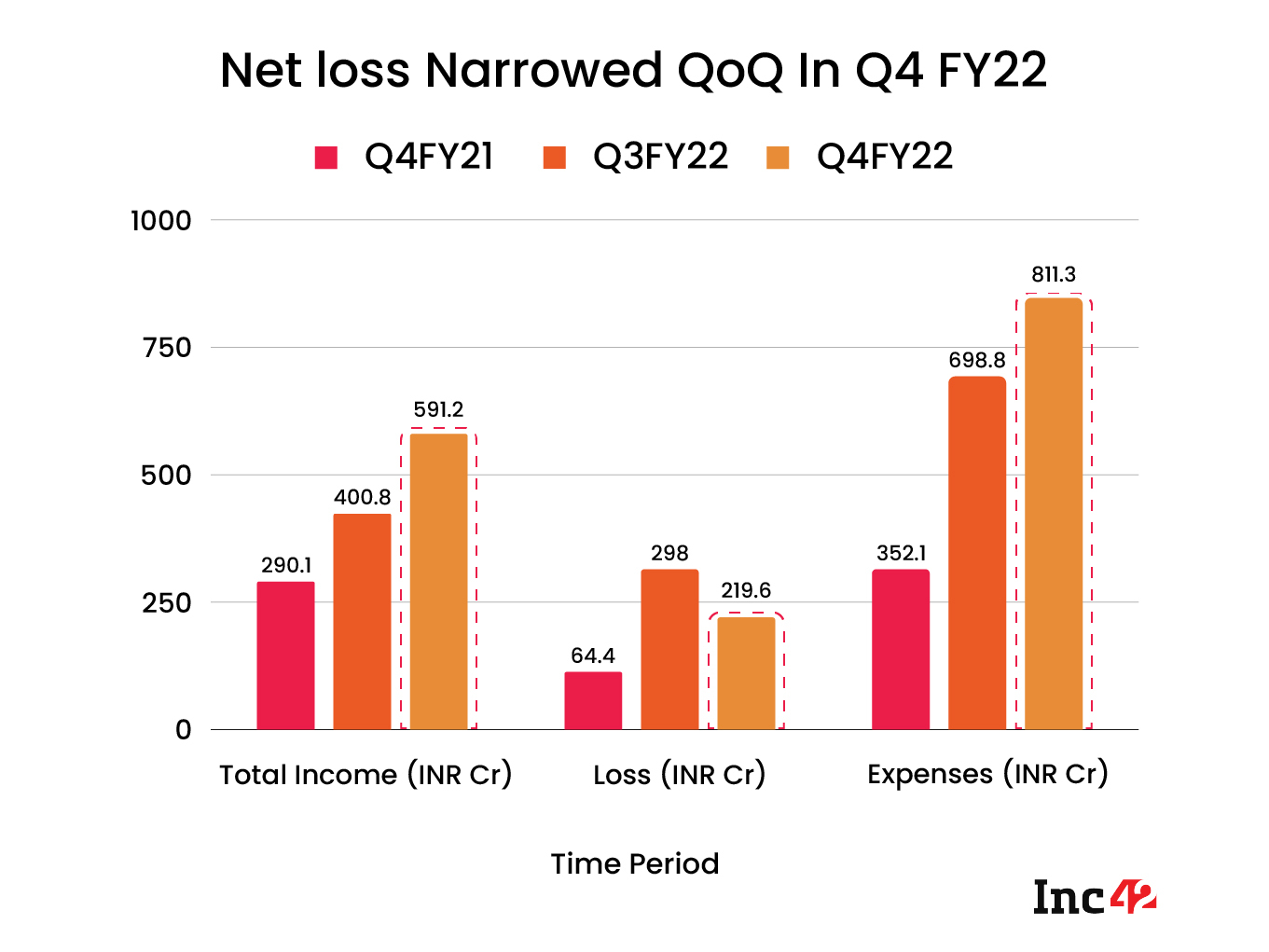 Founded in 2008 by Yashish Dahiya, Alok Bansal and Avaneesh Nirjar, Policybazaar is an online platform that allows users to buy insurance policies, including health insurance, vehicle insurance, life insurance, and so on. On the other hand, Paisabazaar allows users to access their credit scores, along with aggregating financial products such as credit cards.

In an investor presentation, the company said that Policybazaar held a 93% market share in the online policy aggregators segment, with 58.9 Mn registered customers and 26.4 Mn policies sold.

Policybazaar’s parent company went for an INR 5,625 Cr IPO in November 2021. After a strong IPO response and market debut, the company’s shares tumbled in an almost universal rout of new-age tech startup shares.