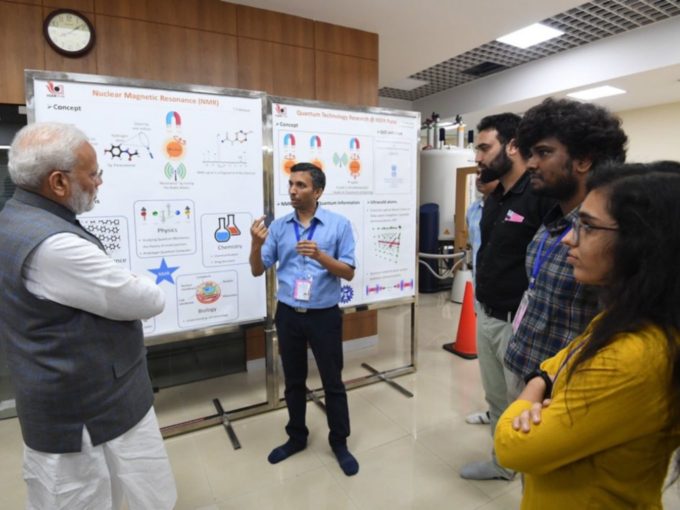 At the two-day visit of Director General of Police (DGP) Conference in Pune, Prime Minister Narendra Modi spoke to scientists from the Indian Institute of Science Education and Research (IISER) on Saturday (December 7) and asked them to build low-cost technologies that are relevant to the Indian context to increase the pace of economic growth in the country.

According to a press statement, IISER scientists made presentations to Modi on various topics ranging from new materials and devices for clean energy application to modern agricultural techniques, natural resource mapping among others. The scientists also showcased advanced technologies in the areas of molecular biology, antimicrobial resistance, climate studies and mathematical finance research and more.

On Friday, Modi had visited the IISER campus in Pune, where he interacted with the students and researchers. He also visited India’s state-of-the-art supercomputer Param Brahma facility, which has a peak computing power of 797 teraflops, deployed by Centre for Development of Advanced Computing (C-DAC) in Pune.

Param Brahma will allow scientists and research organisations to scale up their existing work in areas such as agriculture, drug discovery and healthcare, computational biology and neurobiology, earth and climate sciences, seismic modelling, nano materials, high energy physics, astrophysics, encryption among others.

Last month, the PM while speaking at Saudi Arabia’s Future Investment Initiative (FII) event, said that he aims to connect Indian youth working in startups to the rest of the world, calling the meeting of minds important for global leadership. He also said that there is a need to strike a right balance between human values and technology. He believes that the importance of human capital is crucial to enable technology-driven growth in the country.

Last year, the PM Modi led government had allocated $480 Mn to the development of emerging technologies like artificial intelligence, machine learning, internet of things, 3D printing, blockchain. At that time, it had also planned to formulate guidelines and policies for the AI utilisation in the different industries. It had also released a report on the adoption of AI in India. According to the report, the government had planned to create an AI policy with a five-year mission with a targeted investment corpus of INR 1200 Cr ($184 Mn) spread across various technology projects and initiatives under government departments.