Indian Government Gears Up To Make AI Work For India

Indian Government Gears Up To Make AI Work For India 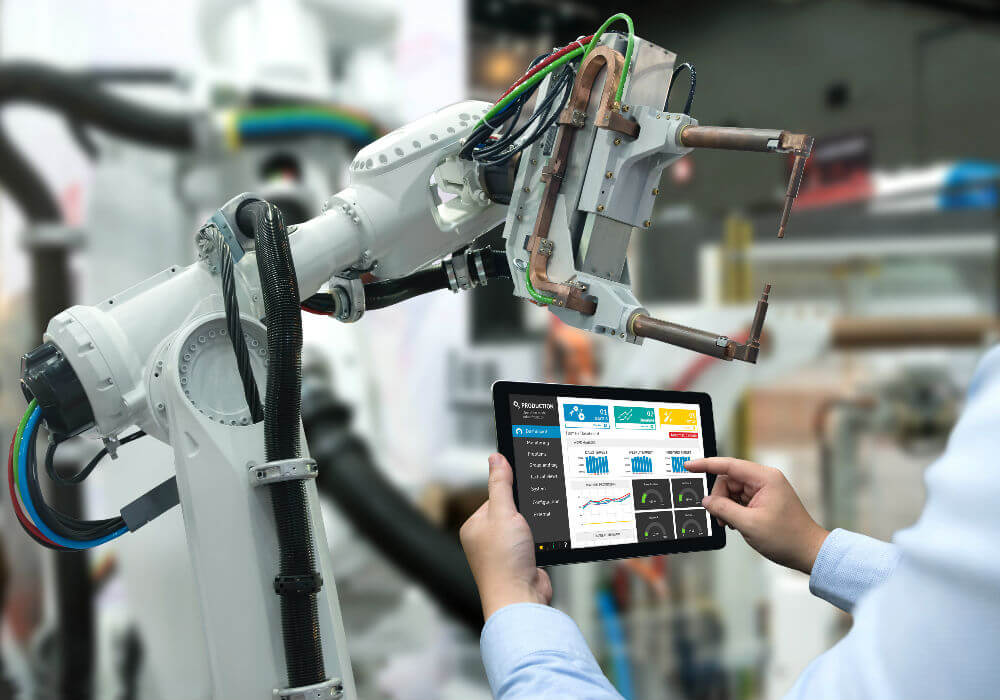 The AI Task Force Constituted By Ministry Of Commerce and Industry Recently Submitted A Report To Highlight Govt. Readiness

“The march of technology cannot be at the expense of further increasing the difference between societies over access to technology. The evolution of technology has to be rooted in the ethic of ‘Sabka Saath, Sabka Vikaas’.”

PM Narendra Modi made this statement during a press conference earlier this year, urging the Indian startup ecosystem stakeholders, teachers, and students to build artificial intelligence solutions that are ‘Made to work for India’. He further believes that AI can be utilised to eradicate poverty and disease, and by doing so, prosperity can be brought to the poor and underprivileged sections.

Although in comparison to its global counterparts, India is a bit late to the AI party, the energy and enthusiasm of the Indian government is at its peak. Right after allocating $480 Mn to the development of 5th generation technologies like artificial intelligence, machine learning (ML), Internet of Things (IoT), 3D printing and blockchain, the government has now geared up to formulate guidelines and policies for the AI utilisation in the different industries.

As a first step towards streamlining the artificial intelligence utilisation in the country, the Task Force constituted by Ministry of Commerce and Industry, Government of India has recently released its report on the adoption of AI in India. The report has suggested building an AI policy with a five-year mission with a targeted investment corpus of $184 Mn (INR 1200 Cr) spread across the different initiatives under various government departments.

The Task Force has been established with members from varied administrative and professional backgrounds. In addition, a website has also been created to solicit public opinions on various issues pertaining to AI.

“These are the areas where the Indian government must focus to play a prominent role. If implemented well, these guidelines pertaining to different sectors can certainly lead to an improved quality of life for the Indian citizens as well as generate employment and growth,” states the Task Force Report.

The report quotes that India has a stack of 750+ startups actively working in the space of AI, ML, Big Data and Cloud Analytics.

Some of the promising Indian AI startups included in the report are:

The Task Force report further notes that big companies collaborating with startups is proving to be a successful strategy for universalisation in India.

For instance, Bengaluru-based Niki.ai is one prominent startup working with several organisations such as Paytm, Ola, Uber. The startup, through its chatbot SDK, leverages the technology of natural language processing and machine learning to converse with the customers over a chat interface, to shop for products and services. Niki currently supports over 20 categories including entertainment, travel, daily utilities, with partners such as BookMyShow, Redbus, OYO, Ola, Uber, JustRechargeIt, HDFC, among others.

Other Government Initiatives In Pipeline To Promote AI Adoption In India

During the Budget 2018 session, Finance Minister Arun Jaitley announced that the government will be investing extensively in research, training and skill development in robotics, artificial intelligence, digital manufacturing, Big Data intelligence and Quantum communications, among others.

As an added boost to the country’s fledgeling AI sector, Jaitley announced that the government-run think tank NITI Aayog will be launching a national programme, aimed towards facilitating research in artificial intelligence-related areas. Furthermore, the programme will be focussing towards developing new applications of the AI technology.

As Atul Rai, co-founder and CEO of Staqu, shared with Inc42 in an earlier interaction, “With NITI Aayog to establish a national programme for artificial intelligence, we look forward to supporting the nation with R&D and more programmes like ABHED which is already assisting the Police forces with AI capabilities.”

The task Force report further suggested a few key areas where government intervention can create a smooth road for the artificial intelligence adoption at scale in the country. This includes:

Artificial intelligence has been considered to add $957 Bn to the Indian economy, according to an Accenture report. Further, as per Inc42 DataLabs Funding report 2017, in the last four years, about $456 Mn has been invested across 137 deeptech deals. However, the average ticket size for deeptech startups has fallen from $8.07 Mn in 2016 to $2.7 Mn in 2017 which is a significant drop of 66%.

From time to time, the Indian tech companies have indicated that the Indian B2B consumers are not mature enough in comparison to their western counterparts. This has forced many early-stage tech companies to scout for their target market outside India. However, as the Indian organisations, catering to the needs of the Indian citizens at a mass level, in segments such as banking, healthcare, manufacturing have shown readiness to adopt AI skills in their day to day processing, the scenario is expected to take a 360 degree turn.

With the Indian government’s recent push towards the adoption of AI, certainly, the sector will get heated up further. But unless the suggested guidelines are implemented and executed with the proper measure, the road will stay long for the Indian ministry to raise its flag on the global charts.

Also, despite having laid down the specific guidelines, AI can’t be pushed alone; but needs an ecosystem to rise. This includes ML, data derivability, big data analytics and IoT. A slight mistake at the early stage i.e. at ML part can lead to a much bigger mistake in AI. With telecom and internet revolution in India, while the ML has been strengthened by manifolds, the question that comes is that is the ecosystem ready with other parts such as explainability and derivability of the data accumulated to enter the AI part?