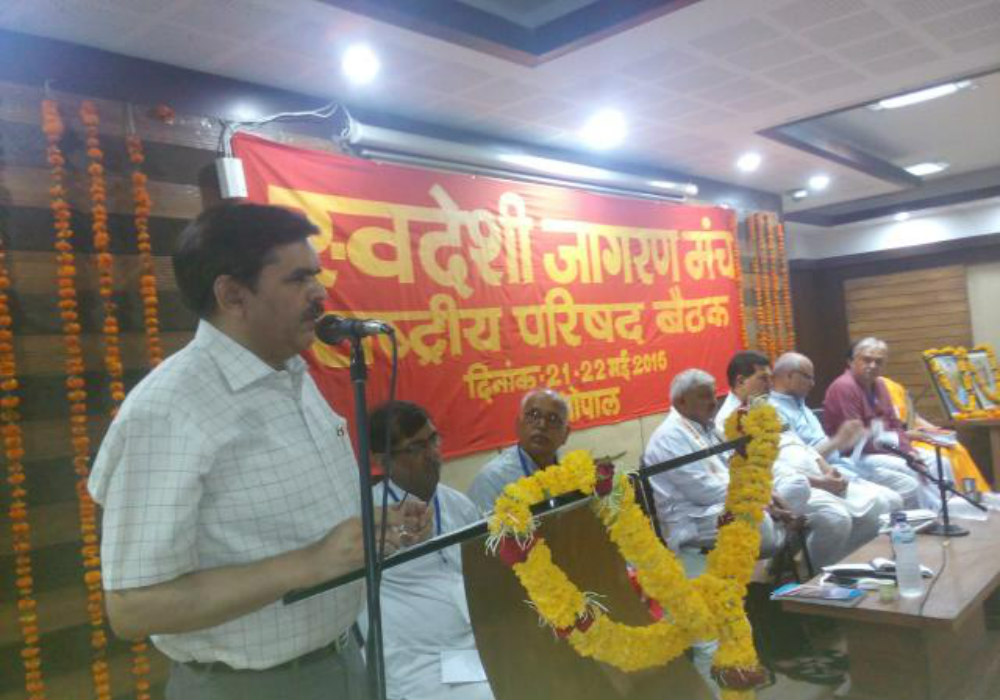 Apart from this, the association has also urged the government to ban Chinese investments in Indian companies to avoid economic and security concerns.

What Is Swadeshi Jagran Manch?

Swadeshi Jagran Manch Co-Convenor Ashwani Mahajan told PTI, “We have given a call to people and asked them to stop using Paytm. We also asked the government to disallow investments in companies like Paytm from China because it is prone to security hazards and economic problems, which is not going to be in the best interest of our country.”

The anti-China protests by the Sangh Parivar’s economic wing come at a time when the Indian army is currently in a standoff with China at the border in Dokalam. Mahajan insisted that the  ‘foreign investments flowing into India, from China as well, will create a situation like in Sri Lanka where it had to part with its airport in exchange for its debts.’

He said, “More and more investments will create a situation where in India will have to pay for the income generated by foreign firms. You have to pay for royalty, income, dividends and interests.”

The RSS affiliate has demanded to stop foreign investments in almost all the fields.The RSS affiliate has been carrying anti-China protests all over the country. Currently, digital wallet Paytm is caught in the crossfire because it has been projected as a homegrown initiative since demonetisation in all its promotions. But, it is heavily backed by Chinese investor Alibaba.

Mahajan said, “In reality, Paytm is not a domestic initiative because more than a majority portion is owned by Alibaba and other Chinese firms.” He further added, “Chinese investors and firms are not only interested in the Indian commodity market, but also want to capture its service sector because they have plenty of surplus cash with them.”

The Swadeshi Jagran Manch Co-Convenor also added that they had written to Prime Minister Narendra Modi after the China Railway Rolling Stock Corporation set up a factory in Nagpur. He further added, “If you sign a MoU with Indian companies, they will prefer Indians than Chinese labour. So, Indian investment is better than Chinese investment and makes a lot of sense.”

A query sent to Paytm awaited response at the time of publication. The digital wallet company’s CEO Vijay Shekhar Sharma is currently in China with the Paytm board.

In July 2017, Alibaba Group-backed Paytm entered into a joint venture (JV) with Hong Kong’s mobile games development firm AGTech Media. With this move, Paytm aims to develop mobile games for Indian consumers. In July 2017, it was reported that Paytm Mall was in talks with online grocery startup Bigbasket to invest $200 Mn for a substantial stake. Later, Chinese ecommerce giant Alibaba was also said to have joined these talks.

The standoff between China and India at Dokalam has drawn flak on the digital wallet Paytm merely for having Alibaba as a backer. While the fate of the military situation is yet to be decided, how far will the nationalists go in order to make their ‘Swadeshi’ (Make in India) argument, remains to be seen.