The company has clocked a gross merchandise value INR 2.5 Lakh Cr on its platform, more than doubling from the year-ago period

Paytm's net losses widened by 8.42% to INR 473.5 Cr during the July-September quarter 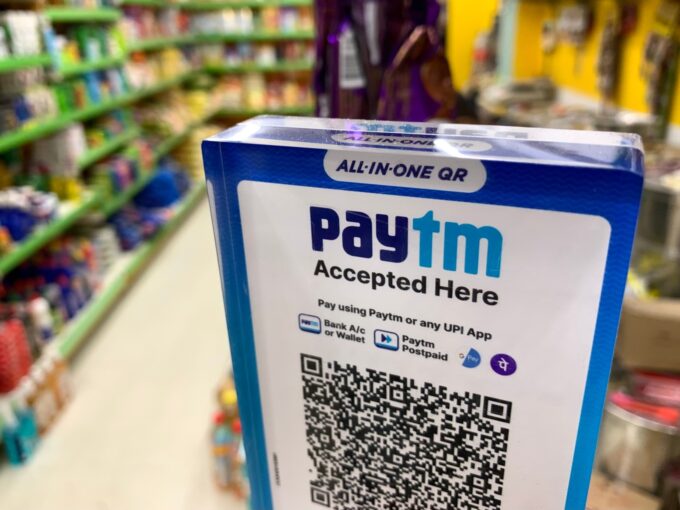 Publicly listed fintech giant Paytm has shared its operating performance for the December quarter of FY2021-22, detailing the growth and gross merchandise value (GMV) recorded by its lending and devices business.

The Vijay Shekhar Sharma-led company said its lending business grew to 4.4 Mn loan disbursals, an year-on-year growth of 401%, with loans worth INR 2,180 Cr disbursed in the quarter.

Paytm has also strengthened its offiine payments business with 2 Mn point of sale and other devices deployed, the company said. The total number of devices deployed across Paytm’s merchant base has increased from 900K as on June 30, 2021 to approximately 1.3 Mn in September 2021 to the current number.

The company clocked a gross merchandise value INR 2.5 Lakh Cr on its platform, more than doubling from the year-ago period. In comparison, the GMV in the previous quarter was INR 1.9 Lakh Cr.

User engagement saw a 37% year-on-year growth with 64.4 Mn average monthly transacting users (MTU) in the quarter. Previously, Paytm recorded a 63.6% increase in its revenue from operations during the July-September quarter at INR 1,086.4 Cr.

During the same period of last fiscal (FY21), the fintech giant had registered an operational revenue of INR 663.9 Cr. Its net losses widened by 8.42% to INR 473.5 Cr during the July-September quarter, from INR 436.7 Cr reported a year ago period.

In a regulatory filing, the digital payments major attributed the jump in revenue to a 52% growth in non UPI payment volumes (GMV) and more than three-times growth in financial services and other revenue.

Paytm’s operating performance comes after its shares on Monday hit a all-time low of INR 1,152, falling nearly 6%. Brokerage firm Macquarie cut its target price on Paytm’s stock further to INR 900 from its earlier target price of INR 1,200 per share.

Paytm’s parent company One 97 Communications Ltd raised $2.4 Bn in its IPO, but a 27% plunge on the listing debut made it one of the worst IPOs in India. In its most recent financial performance report for September 2021, the company did not manage to show a path to profitability. Its shares have declined 38% since its dismal listing and Paytm has underperformed the Nifty index sharply.

Some of the risk factors outlined by Macquarie included slow growth of revenue until 2025-26, RBI imposing charges on digital payments that would cut Paytm’s revenue, rejection of Paytm’s application for insurance broking, and many senior executives resigning from Paytm.