OYO operates around 313 hotels in the US 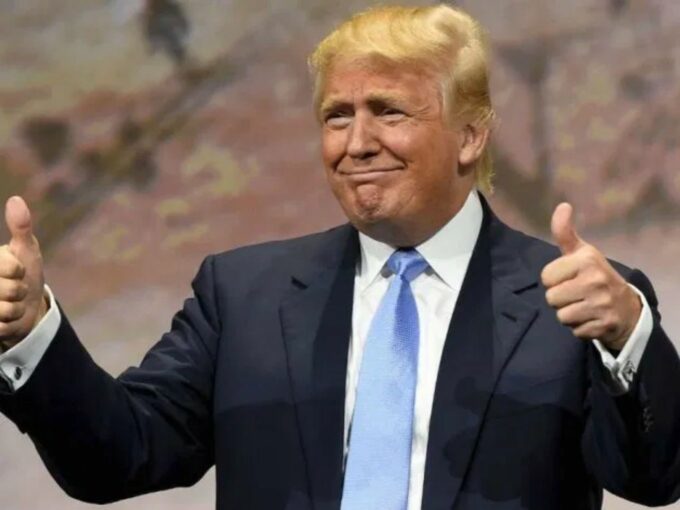 US President Donald Trump began the last day of his India visit with a meeting with Indian corporate heads by urging these business moguls to continue their investments in the US.

The session, which was conducted in New Delhi, was marked by the presence of Reliance chairman Mukesh Ambani, Mahindra Group chairman Anand Mahindra, Tata Group’s chairman emeritus Ratan Tata, chairman of Aditya Birla Group Kumar Mangalam Birla, among others. Among these captains of industry, one name that didn’t quite fit in was OYO founder and CEO Ritesh Agarwal.

Agarwal tweeted earlier in the day about meeting Prime Minister Narendra Modi and during his interaction with Trump, Agarwal introduced OYO as a young startup and said that the company has around 313 hotels in the US. In response, Trump said that he already knew about OYO. Praising Agarwal’s work, he said, “Not such a small company, by the way. Good job,” according to a report in Business Today. 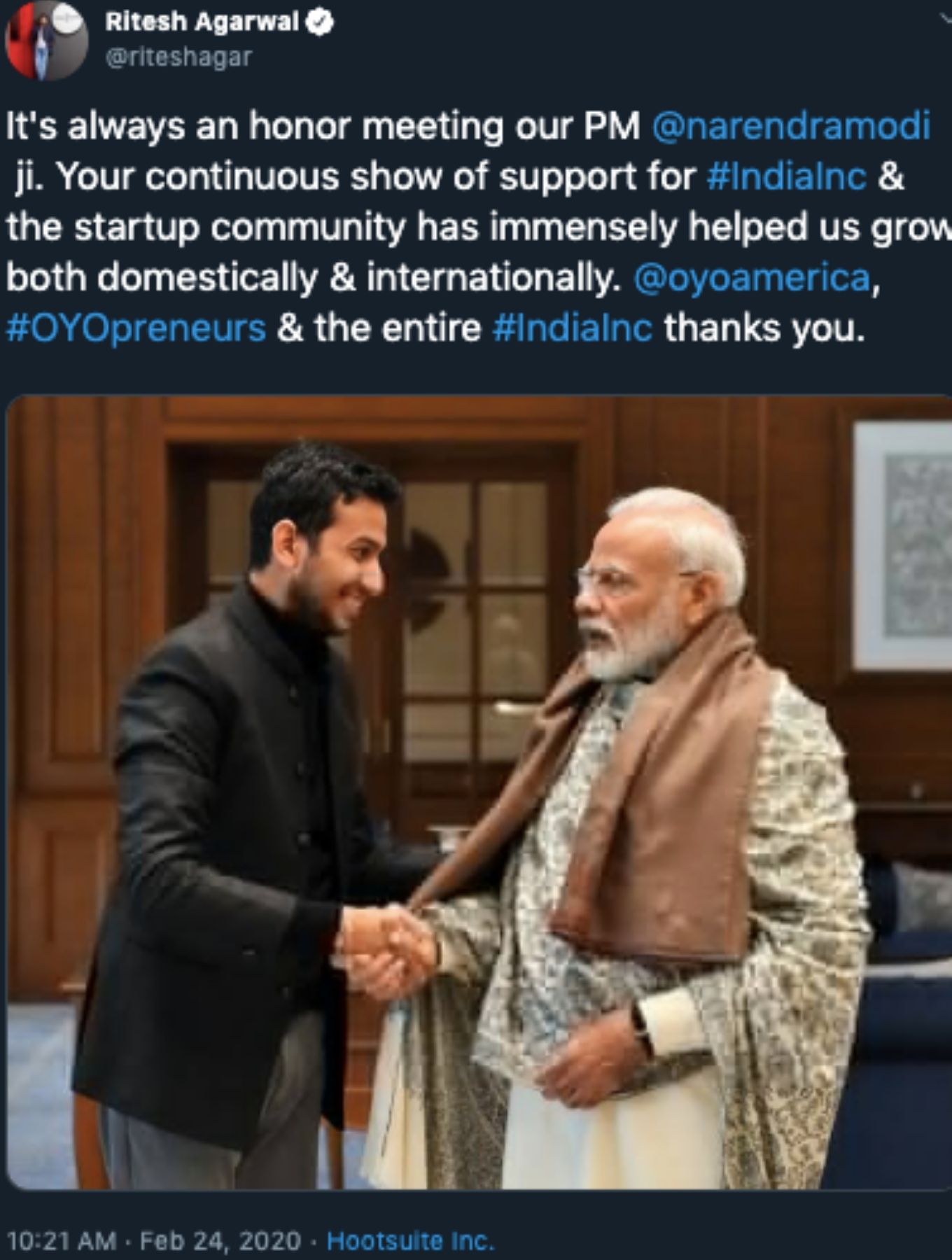 Softbank-backed OYO had launched operations in the US in February last year. However, several of OYO hotel partners have recently reportedly raised issues ranging from poor software, loss of revenue as well as criminal activities within rooms that are managed by the company.

India Investing In US

During the meeting, Trump also claimed that US trade with India is growing like never before. He said that US exports to India are up nearly by 60%. He also noted that the supply of US energy to India has increased by 500%.

Trump praised the commitment of the few industry leaders who promised to invest more in the US. To bring in more Indian investments to the US, Trump said that his administration is working to ease the existing regulations as well.

Ambani highlighted that his company is an investor in the US and so far it has invested $7 Bn in the energy sector in the US. He also appreciated Trump’s efforts which are now followed by other countries, including India. “In India, we could never have imagined that income tax rates will come down. All of us in the business community are grateful. We do acquisitions in the US and they are getting approved, and we hope that will continue,” he added.

Mittal also acknowledged Trump’s efforts for bringing tax reforms in the steel industry and said that his efforts have saved this industry. “I have never experienced such ease of doing business anywhere else in the world,” he added. Notably, Mittal has invested $1 Bn for a steel plant in Alabama.

Similar to other multinational conglomerates, Mahindra said that his company has also invested over $1 Bn in the US. Mahindra Group has been shortlisted for bids for US Postal Service delivery vehicle, the chairman said. If the company will get the approval, Mahindra said that he will invest billions more and employ 2K individuals.