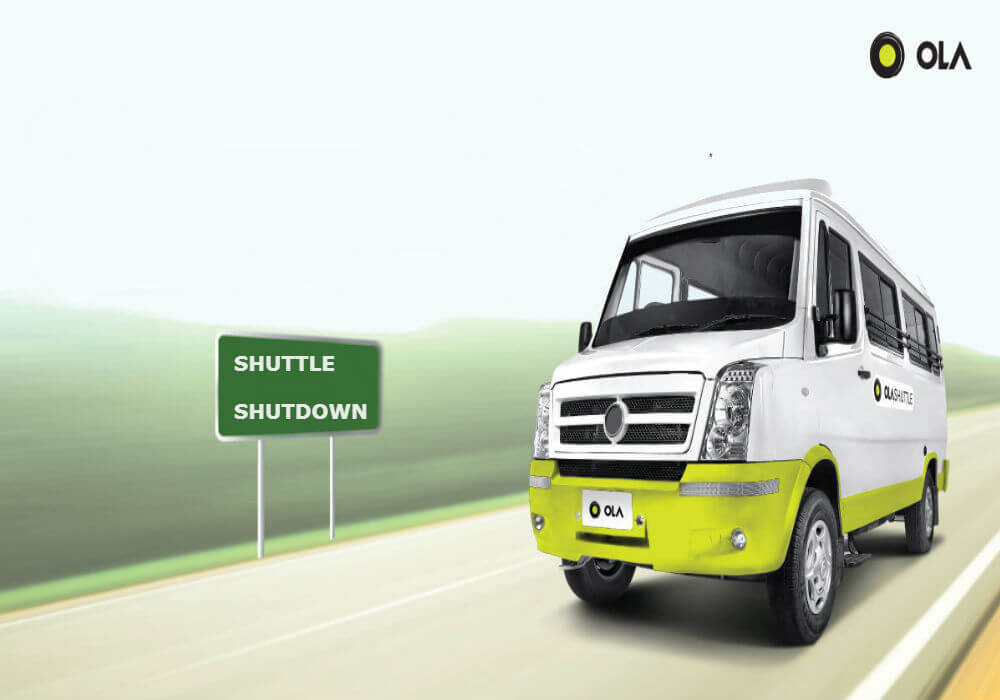 Ride-hailing major Ola is looking to rebalance its mobility portfolio. Reportedly, the company will terminate its bus service, Shuttle on many routes including the Delhi-National Capital Region, Mumbai, Kolkata, Chennai and Hyderabad from February 3.

The bus service Shuttle was launched in early 2015 by the company.

In response to an email query from Inc42, an Ola spokesperson stated, “ Over the years, there has been an evolution in the daily commuting needs of customers. In response, Ola has decided to rebalance its mobility portfolio.”

The company plans to further strengthen a range of other in-city commuting alternatives for added customer convenience. The plan includes expansion and focus on new and emerging categories like Autos, Share, and opportunities such as electric vehicles and advanced in-vehicle technologies.

“The mentioned offerings are also in line to make our business more customer-centric, sustainable and environment-friendly,” the Ola spokesperson added to the statement.

According to a recent RedSeer report, the research firm shared with Inc42,  Ola and Uber are now eyeing on the 40-45 Mn daily auto rides for growth. While Ola is already operating in the auto segment, Uber recently announced its plans to re-enter the auto category starting from Bengaluru and Pune. Uber shut down its auto services in 2015, just seven months after the launch.

“There are on an average 130-150 mn daily commuter trips in India and auto category constitutes nearly 30% of this, which roughly means 40-45 mn rides per day. The online cab aggregators are hence eyeing this category to fuel their India growth plans. The auto category of Ola has picked up well and now with Uber entering this segment we feel a good growth story awaits them in 2018,” quotes the Redseer report.

While Uber is trying to get its hold in the Indian market, Ola has also started testing international waters. The company recently launched its services in Australia and has plans to enter New Zealand as well, after setting up teams in Bangladesh and Sri Lanka last year.

Not only this, with backing from Japanese conglomerate Softbank, it is also entering into different verticals.

The company has recently acquired foodpanda India to mark its foray into online food delivery. It is also aggressively gearing to make a mark in the rising electric vehicle segment.

For instance, Ola has already appointed Chinam Netaji Patro, a former executive of Bajaj Auto, as its senior director for Electric Vehicles. It has launched country’s first electric vehicle charging station in Nagpur, in collaboration with state-run Indian Oil Corporation (IOC) as well as has also entered into multiple partnerships with brands like Tata Motors, Mahindra Motors and more.

Ola is now looking for right partners to build an electric auto rickshaw fleet. With so much in the pipeline and clear visibility of new avenues of growth, the decision to restructure its mobility options and shut down the bus service Shuttle (as it seems to not generating enough revenue) is a smart move on the business front.