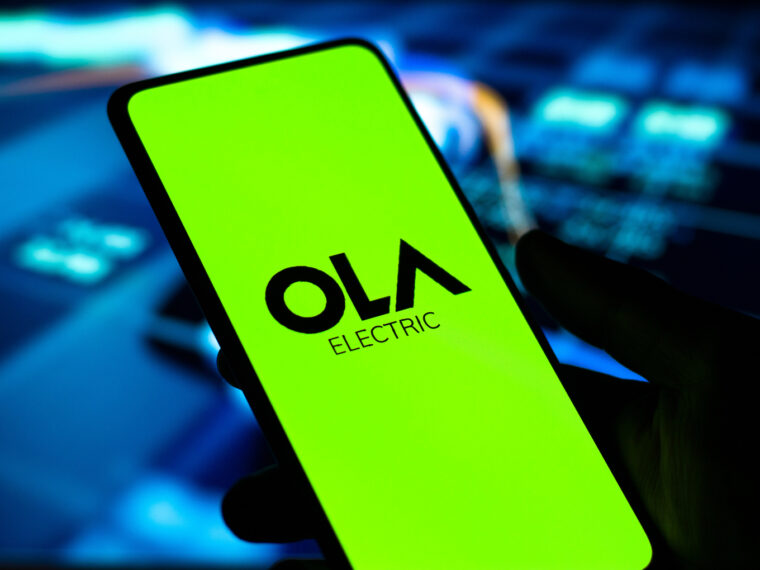 Ola Electric is reportedly in talks with suppliers from Korea, Germany, Japan and other countries

The battery cell manufacturing plant may cost about $1 Bn

Bhavish Aggarwal-led electric mobility startup Ola Electric is in talks with multiple global suppliers to build a battery cell manufacturing plant in India with a capacity of up to 50-gigawatt (Gwh) hours, news agency PTI reported.

The plant may cost about $1 Bn (over INR 7,700 Cr). It might be built with an initial capacity of 1 Gwh, which would be expanded in the future, it quoted sources as saying.

The report also said that over 40 global suppliers are already in Bengaluru (Ola Electric’s base location) to meet with the founder and CEO Aggarwal, and will also visit the Ola Futurefactory in Krishnagiri, Tamil Nadu this week.

The startup is in talks with suppliers from Korea, Germany, Japan and other countries.

Ola Electric would need 40 Gwh of battery capacity to power 10 Mn escooters. The remainder would be used for its electric cars.

The startup has already announced its plans to manufacture electric cars in the future and had posted a picture of its concept car within days of completing its $200 Mn funding round at a valuation of $5 Bn in January 2022.

The startup, along with a few other companies, recently received incentives under the Indian government’s $2.4 Bn Production Linked Incentives (PLI) scheme which is aimed at boosting the local manufacturing of advanced chemistry cell (ACC) batteries.

Ola Electric would receive incentives for 20-gigawatt hours (GWh) capacity under the scheme.

Recently, several industry leaders told Inc42 that India becoming a manufacturer of Li-ion cells would change the country’s overall manufacturing industry landscape, not only of the EV manufacturing segment.

Besides the battery cell manufacturing plant, Ola Electric is also planning to invest in advanced cell and battery manufacturing.

Aggarwal has been at the forefront of positioning India as a future global hub for building an all-encompassing EV ecosystem. Earlier, he expressed confidence in India emerging as a global hub for EVs, surpassing China.

Recently, he also took on automotive giant Tesla’s boss Elon Musk’s tweet. In a sarcastic response to Musk’s tweet about his plans to not set up a manufacturing plant in India, Aggarwal said, “Thanks, but no thanks!”

However, Ola Electric has been facing criticism from its customers for a few months. From delays in delivery of its scooters to reporting of escooter fires and other safety incidents, several customers have posted against the company on social media platforms.

India’s two-wheeler EV sales declined about 20% month-on-month (MoM) in May to 39,477, as per Vahan data. Ola Electric saw a 27.3% MoM decline in its vehicle sales during the month.

The Federation Of Automobile Dealers Associations (FADA) hinted at the EV fire incidents and the global supply chain crisis as the reasons for the decline in sales.