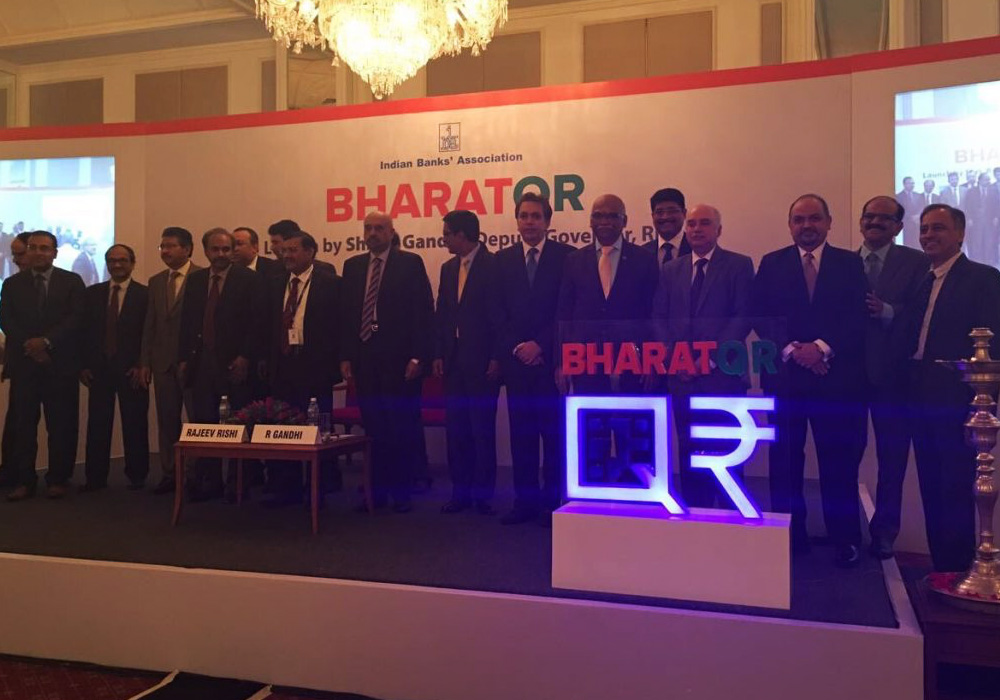 First came demonetisation. Then came the BHIM app. And now, it’s time for the BharatQR Code.

In a bid to motivate people to switch to electronic payments, and to realise the dream of changing India to a cashless economy at the soonest, the National Payments Corporation of India (NPCI) in association with Visa and Mastercard has launched BharatQR code- a quick response (QR) code. The BharatQR code is mandated by the government to enable digital payments without card swiping machines.

A QR code is a 2-D barcode system. It is a machine-readable optical label that contains information about the item to which it is attached.

A QR code allows payments without entering the merchant’s ID or phone number. Users can make payments by scanning the code and entering the transaction amount. It does not require swiping a card either.

As of now, payment acceptance through QR codes have not gained much traction. Most banks allow payment through mVisa. mVisa is the QR code-based payment facility for Visa cardholders only. Another interface, MasterCard’s interoperable ‘Masterpass QR,’ was launched  in November 2016. It can be used with other networks as well.

Among the banks, RBL Bank was the only one to have integrated Masterpass QR in its app to facilitate face-to-face payments.

Who Is On Board?

On the launch of the BharatQR Code Vineet Singh, Chief Business Officer MobiKwik said, “BharatQR is an initiative that will help in further advancing the digital payments ecosystem in India. With one code access, India will achieve its target of becoming a digital economy, sooner. We would also like the government to acknowledge the work wallet companies such as MobiKwik have done, on the ground, to ensure widespread access to mobile payments and help millions in getting onto our payment network, having assured them of the security and launching customised apps in Indian languages. Going forward, we are confident that the government will consider including wallets in BharatQR.”

It will be a common QR code interface. It is jointly developed under the instructions of the RBI by NPCI that runs RuPay cards; MasterCard; Visa; and American Express.

Additionally, the code will accept Aadhaar-enabled payments and via the Unified Payments Interface (UPI).

The BharatQR Code works as a common interface for RuPay cards, MasterCard, Visa, and American Express, providing a solution to the closed-loop, QR code-based, acceptance systems existing in the country.

To use the BharatQR code, one needs to have a smartphone with the bank app that is compatible with BharatQR code. Credit, debit, and prepaid card holders with the member bank can use this service.

While the other three payment interfaces are fully integrated in the BharatQR payments system, American Express is reportedly in the final stages of integration.

The solution has been standardised across all card networks, and customers do not need to carry different cards. They can link all the cards to the app and select the appropriate card during payment. To make a payment, a customer will have to scan the ‘BharatQR’ code using the mobile app. The billed amount gets transferred from customer’s account to the merchant’s account.

On the other hand, for the merchants, it eliminates the need for a separate hardware for acceptance of digital payment. A simple display board containing the QR code is all it takes to start accepting payments.

Since demonetisation, the government itself has taken significant steps to integrate the vision of Digital India by driving fintech across the economy. To facilitate this, in February 2016, the Union Cabinet announced the withdrawal of surcharge, service charge and convenience fee on digital payments done through cards or ewallets. In September 2016, it launched a pilot project for the Bharat Bill Payment System (BBPS) across the country with 26 operating units.

(This development was reported by Mint.)