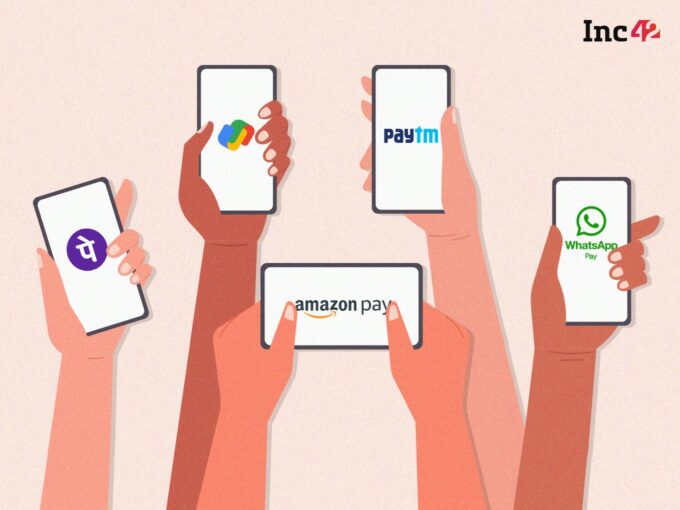 After two months of tepid rise in UPI transactions, the month of October saw a sharp growth both in terms of transactions and volume. While the month’s total stood at 4.21 Bn and INR 7.71 Lakh Cr (a 15.3% rise from September’s transaction volume of 3.65 Bn), the total UPI transaction value since its launch in 2016, crossed the $100 Bn mark.

Digital payments apps PhonePe and Google Pay are, yet again, the market leaders in terms of processing UPI transactions. The two have collectively processed 81% of the total UPI transactions — a combined 3.38 Bn transactions worth INR 6.52 Lakh Cr. Next in line are Paytm, WhatsApp Pay and Amazon Pay. Here’s how they have fared: 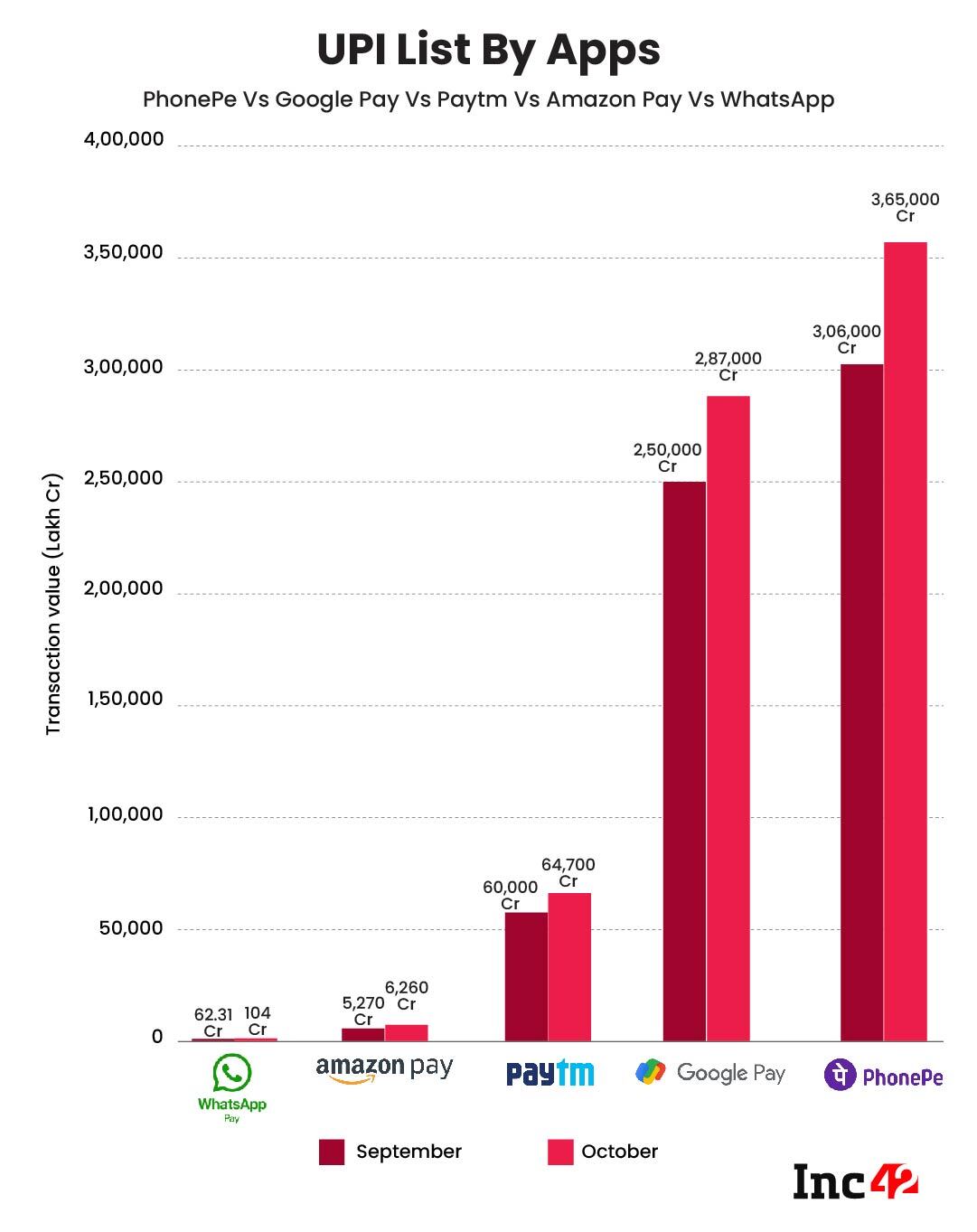 From September 2020 to September 2021, the country’s digital payments ecosystem registered a steady growth of monthly UPI transactions from 1.8 Bn to 3.6 Bn. In October 2021, the number hit an all-time high at 4.21 Bn.

Among the most famous and top-performing UPI apps, customer transaction value was only growing marginally – signalling a relief to larger market shareholders PhonePe and Google Pay, but not in October.

According to a notification released by the NPCI in November, starting from January 2021, third-party app providers (TPAP) would not be allowed to process more than 30% of the total volume of transactions occurring through their individual UPI interfaces. The guidelines aim to prevent oligopoly and risks of overload on UPI infrastructures.

While PhonePe and Google Pay currently own 47% and 34% share of the market respectively, they have been allowed until December 2023 to reduce their market cap below 30%. Thus, it would be beneficial for the digital payments apps to lose some of the customer dependence given the transaction caps implemented by the NPCI.

On the same day as the NPCI notification for the 30% cap, WhatsApp got the nod to launch its digital payments platform WhatsApp Pay with a user cap of 20 Mn. The move restrains WhatsApp from utilising its full-scale operations in India, with more than 400 Mn users.

Thus, the slow growth will benefit the Meta-owned messenger, which would fall under implied, legal proceedings. WhatsApp currently claims to be scaling up its UPI service in a phased manner and has been growing 2x month-on-month.