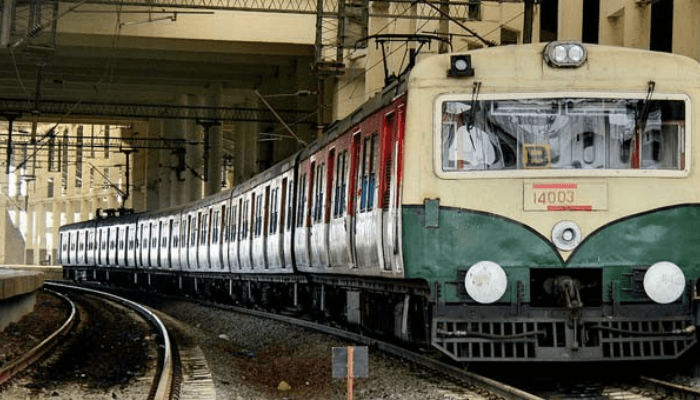 Moving on the lines of providing hassle free and effective service to the passengers traveling in the Indian railways, the Minister of Railways Suresh Prabhu on Monday launched a Web portal and mobile application for users to lodge complaints against problems faced in utilising services.

Passengers can lodge the complaints using the Website and App which is available on Android and Windows platforms. The app can be freely downloaded and used to register and track status of complaints registered.

“There should not be any complaints ideally, but if about 3 crore passengers will travel in more than 10,000 trains daily, some complaints might come up. So, there should be an effective forum to lodge complaints,” Prabhu said.

How to register complaint 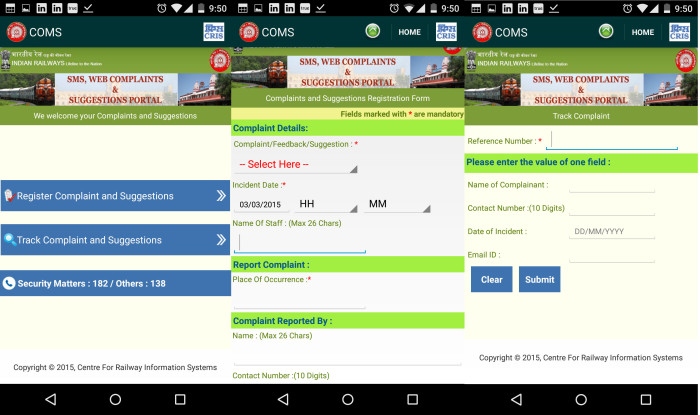 But, we were not able to lodge the complaint as the category under which one needs to enter the type, was not working. 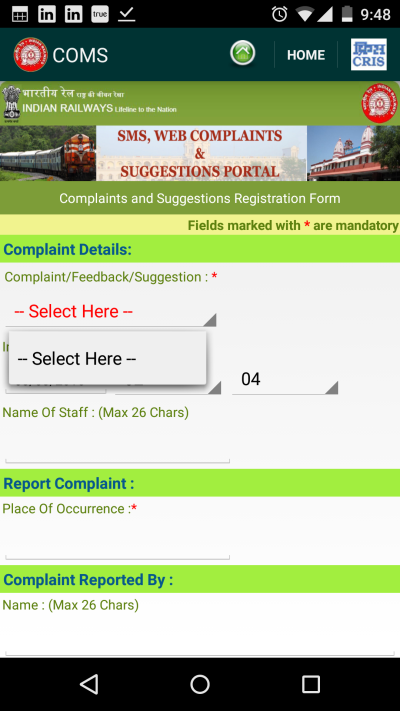 Once a complaint is been lodged, these complaints will be auto assigned to the railway official concerned for redressal. After registering a complaint, the complainant will be given a unique ID number which can be used for tracking the progress of the complaint.

Further, the complainant will also receive a message on his mobile phone and via email about the action taken on the matter.

The time frame of the redressal will be finalised after a few days of stabilisation of the system.

This initiative was announced the railway ministry during the budget, three days ago.

Indian railways already has a mobile app to enable users to book tickets, check out their existing reservations or cancel them, and get upcoming journey alerts on-the go, which it had launched last year.

Recently, IRCTC  introduced the cash on delivery option for travellers to buy tickets from its platform for which it partnered with the Gurgaon-based Anduril Technologies which owns and operate Bookmytrain.com.