The 100X.VC founder believes making contrarian bets is the way forward in a crisis 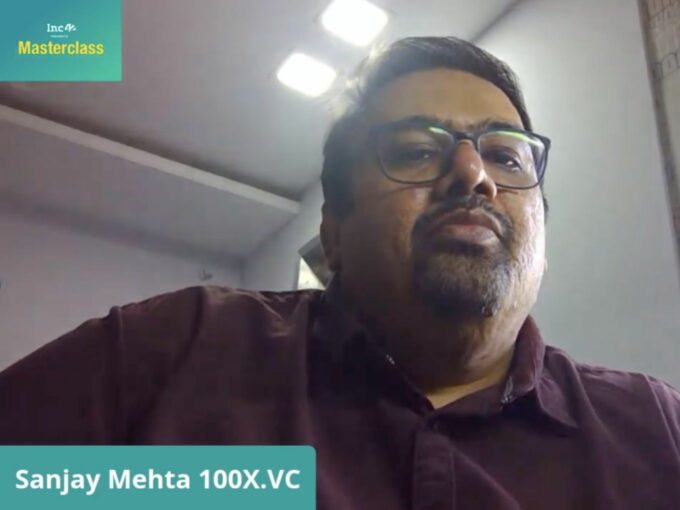 One of the most active angel investors in India, 100X.VC cofounder Sanjay Mehta pegged the current economic crisis as a great opportunity for small cheque investors. He argued that in such times of crisis, there’s a human instinct in investors to pull out of the market but to make returns in venture investing, one should be ready to make contrarian bets.

Contrary to the popular opinion that VC funding will dry up in these times, Mehta said that the venture capital business does not stop. However, he agreed that there will be a reset in the space and transactional players like private equity, hedge funds, investment banks, and corporate venture capital will take a pause for next year or so

“The VCs who are primarily into venture investing, they will have lots of dry powder to deploy. We believe most active players in this time will be micro VCs, angel investors, and family offices,” he said.

He added that tourist VCs who are like setting up shop in India or those trying to take advantage of VC glamour by backing cash-burn will shut shops, but traditional VCs like Sequoia, Accel will definitely continue investing. There might be a temporary slowdown but for VCs, but it would be business as usual after a few months.

At the beginning of the pandemic, Redpoint Capital’s Tomasz Tunguz had compared the current state of fundraising to the financial crisis of 2008. In 2008, the investment velocity fell down by 50% in the three quarters following the stock market crash. Markets did grow back to their original levels, but it took nearly two years to get there.

Earlier this month, many VCs in China were said to be heavily involved in deals to help the economy bounce back after the coronavirus-induced funding winter. According to reports, as many as 66 venture capital deals happened in China in the end week of March.

Sequoia India’s managing director GV Ravishankar had noted that with several dedicated funds being launched in India, funding opportunities will still present themselves to startups, but the challenge is going to be about standing out from the competition.

According to Ravishankar, what will change is that VCs will raise the bar for investments, so those companies that do not have a unique model might not get capital anymore. There will be tougher questions from VCs to founders, funding rounds may take a little longer than usual to close. “People are going to slow down investing, for the most part, but there will be some that will continue to be active.”

Further, he noted that this funding impact will largely be for companies that have already raised Series A and are looking to raise capital in Series B or beyond. For an early-stage company raising seed round or Series A funding, Ravishankar does not foresee significant drops in valuations, but he agreed that the average ticket size will fall in such a market because there’s a higher perception of risk and uncertainty at this point.