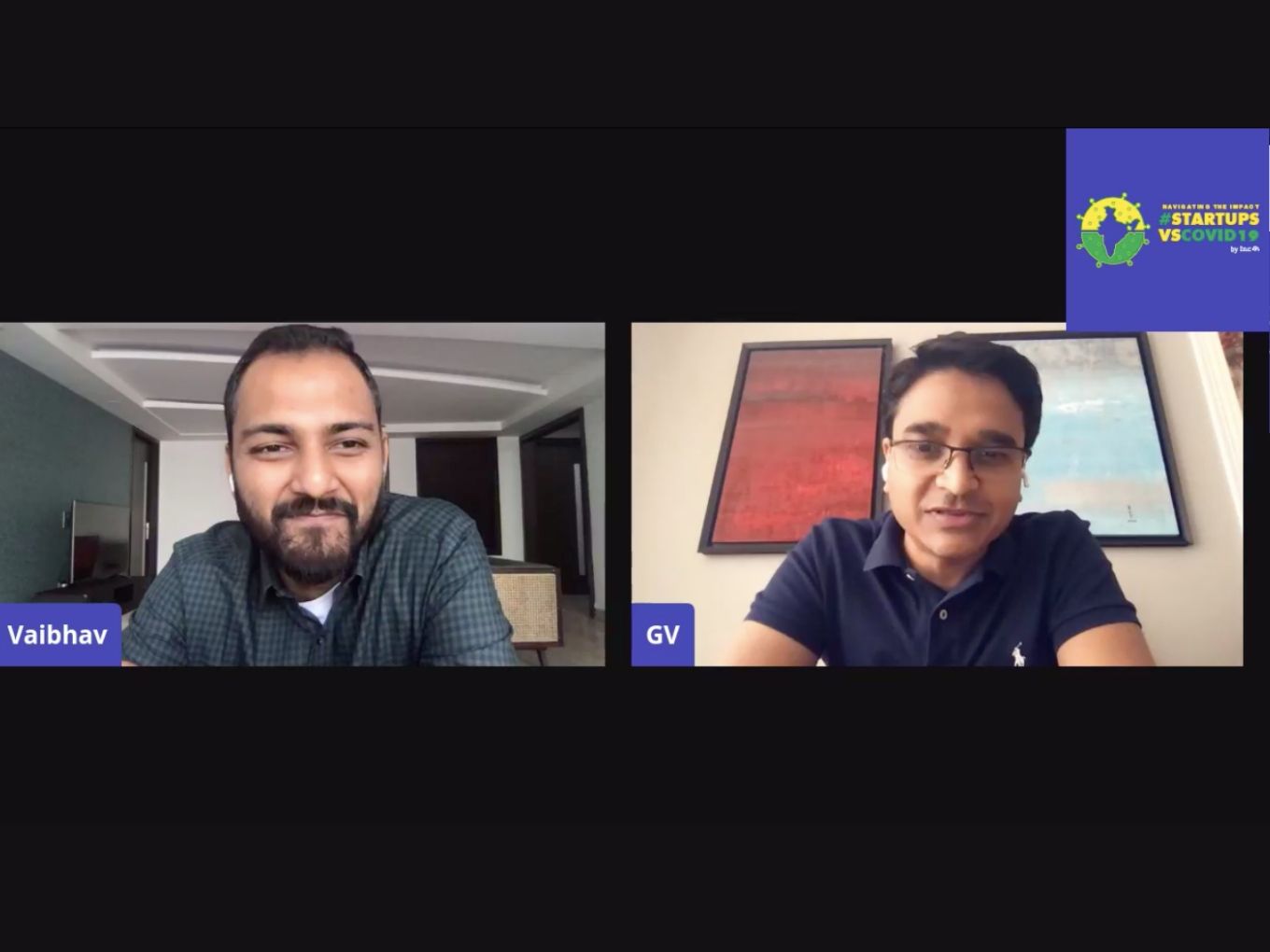 Valuations of startups will fluctuate based on how much momentum they are able to build, Ravishankar added

With the world going under quarantine, even the venture capital (VC) outlook is bleak for 2020. With layoffs on the cards for startups, VCs have also braced themselves for a slowdown. Besides the revenue of their portfolio startups and returns on investment, the funding capacity of VCs has also taken a hit due to crashing public markets. So how should startups approach fundraising in such a climate?

Joining our ‘Ask Me Anything’ series with Inc42 cofounder and CEO Vaibhav Vardhan, Sequoia Capital India’s managing director GV Ravishankar delved into the changing venture capital ecosystem, the shifting priorities and outlook for 2020. Ravishankar also touched upon the possible innovations in the booming edtech and healthtech space.

In our earlier conversations with angel investors and VCs, it is clear that the ecosystem will see a slump in growth-stage investments (Series B, Series C rounds), while early-stage rounds will also dry up as funds focus shoring up their on existing investments.

“What tends to happen in times of uncertain market conditions is that the number one priority for most of the funds is to look at their portfolio companies and try to do whatever they can to help companies.”

With several dedicated funds being launched in India, funding opportunities will still present themselves to investors, but the challenge is going to be about standing out from the competition. According to Ravishankar, what will change is that VCs will raise the bar for investments, so those companies that do not have a unique model might not get capital anymore. There will be tougher questions from VCs to founders, funding rounds may take a little longer than usual to close. “People are going to slow down investing, for the most part, but there will be some that will continue to be active.”

At the beginning of the pandemic, Redpoint Capital’s Tomasz Tunguz had compared the current state of fundraising to the financial crisis of 2008. In 2008, the investment velocity fell down by 50% in the three quarters following the stock market crash. Markets did grow back to their original levels, but it took nearly two years to get there.

Responding to that, Ravishankar said, “Overall, given the sentiment and the expectations on earnings or growth, company valuations will moderate, how much it moderates will, however, be a function of company’s own performance and how they’ve been affected by this.”

He predicted that there is a high chance of demand to be softer in the post-Covid world. There’s been a big disruption, people have potentially lost jobs or have had a reduction in their incomes, so consumption is obviously expected to slow down.

“So what that means is most companies, which projected growth at 50%, 70% or 80% in the before Covid-19 world, will now be lucky to even see a growth of 30% or 40% in the current market. And valuations also reflect how fast the companies are growing. So, we would expect company valuations to be down now valuations are lower,” he added.

Further, he noted that this impact will largely be for companies that have already raised Series A and are looking to raise capital in Series B or beyond. For an early-stage company raising seed round or Series A funding, Ravishankar does not foresee significant drops in valuations, but he agreed that the average ticket size will fall in such a market, because there’s a higher perception of risk and uncertainty at this point.

“I would expect investors to spread their investments across multiple rounds, instead of investing $10 Mn at one go, they’ll start with investing $5 Mn or $6 Mn now and then in nine months, they will invest the rest.  This way it will have a sense of safety, of knowing exactly how this capital is being used and how the markets behave before they invest a lot more capital,” he added.

The Opportunity In Edtech, Healthtech

Given the growing adoption of edtech solutions across the country, Ravishankar noted that Indian Tier 2 and Tier 3 markets have merged with Tier 1 consumers in terms of accessibility to edtech products and services. However, there still remains a gap in terms of the purchasing power because of the per capita income disparity across these geographies.

Edtech startups have had to tailor some of their solutions for the audience in Tier 2 and 3 cities now. In some cases, they may even have to think in terms of providing regional language options because users there might not be as comfortable in English-only content.

Further, commenting on the potential of video analytics startup as monitoring and tracking will become the new norm, Ravishankar said, “If you’re teaching remotely, the big difference is that you don’t have the ability to monitor students the way that you’re monitoring in a classroom environment. So there will be a demand for tools that allow people to understand engagement, maybe even tools that are able to read people’s faces to see how well they understood something or not.”

In terms of healthtech also, there’s been much more adoption of technology by consumers which means people will now start looking for more convenient forms of access to healthcare. Earlier, Prashant Tandon of 1mg has also noted that, while teleconsultations will not take over completely, they will replace less critical follow-up consultations and minor diagnostics.

“This increased adoption of healthcare products will create demand for products with the ability to take better quality pictures for doctors to remotely monitor a patient. Further, wearables like maybe a ring or watch that could send patient’s real-time vitals to the doctor wil alsol grow in demand,” said Ravishankar.

He added that India is also seeing a growth in companies working on genomics, as some of this data is easier to get in India and is also less regulated as compared to the West. Further, because of growing urbanisation, aggregation services for healthcare delivery are also expected to evolve with interesting models.

The coronavirus pandemic has also raised concerns around the wave of isolationism in trade, and the unwillingness of businesses and governments to collaborate with global countries in innovation as there’s a lot of distrust in the market. However, Ravishankar thinks one should not forget the benefits of global companies operating in India.

“I’m actually quite optimistic about Indian companies building global businesses. And that’s because you know, India is not an easy market and once you win in this market, you can probably win anywhere,” he added.