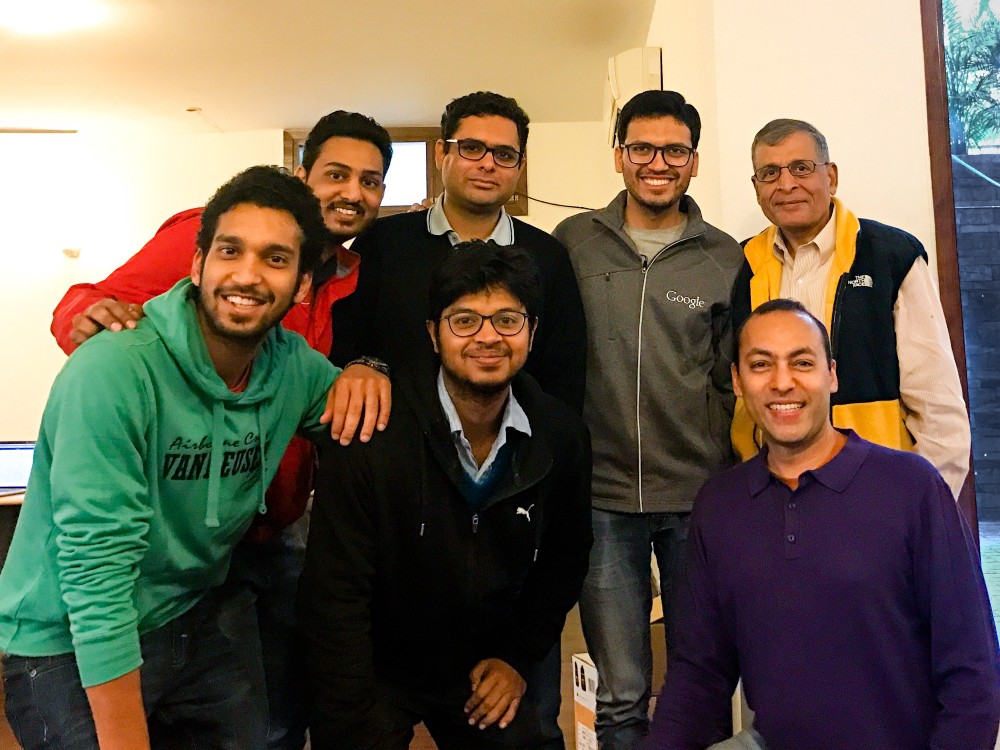 HyperTrack has raised an undisclosed amount in Series A round of funding led by Nexus Venture Partners and Founders Fund. HyperTrack provides simple APIs for developers to build dynamic location features (tracking, metering, trip replays) and live ETAs. The Founders Fund has led the round from FF Angel Fund.

The announcement was made by founder Kashyap Deorah in a blogpost.

Co-founded by serial entrepreneur Kashyap Deorah along with Tapan Pandita in October 2015, HyperTrack has built a “location tracking as a service” API – allowing any developer to sign up for its service and get started. As claimed by the company, since its launch, over 2,049,494 miles / 3,376,274 hours have been tracked so far using HyperTrack.

In a blogpost, Naren Gupta of Nexus Venture Partners chronicled his November 2016 meeting with Kashyap Deorah in Menlo Park. A meeting with no agendas was later converted into signing up of the term sheet within a month’s time.

“HyperTrack’s approach to location tracking, analytics, and associated services is intriguing based on the simple observation that location varies more frequently for any individual during the course of days and weeks than most other parameters. The location is also relative and time sensitive. For example, the meeting of two or more people requires coordination of relative location at a pre-arranged time. In addition, the economy is becoming more dynamic with equipment and products on the move and services increasingly delivered in locations of customer’s preference,” says Naren.

The location services were widely made accessible after GPS was developed in the early 70s, and after four decades, now, a large number of consumer applications are dependent on locations. But it comes with challenges of its own. Such as – battery constraints and secondly, lack of innovation. “To foster innovation in the use of location data it is important to open up the opportunity to a broader developer community,” Naren adds.

This is where HyperTrack comes in. On-demand companies track deliveries by either building a system in-house, by employing raw location data received from the smartphone OS and Google Maps APIs or use enterprise SaaS solutions which offer delivery management software. However, most of the software is not suited to startups for their proprietary use or are simply too expensive. For startups which decide to build it in-house, it means shifting away from their core competency to track. Additionally, it takes a lot of resources and time to build such systems. HyperTrack aims to take out this pain out for developers. 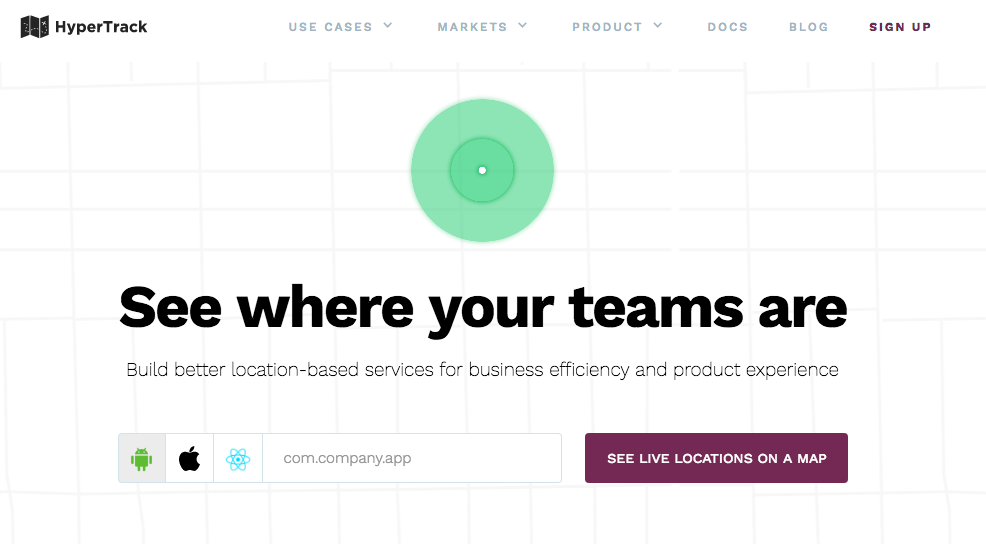 Businesses simply need to plug in HyperTrack’s SDK into their apps and it only takes an hour to integrate. The dashboard allows them to easily monitor the workforce, analyse time performance, see all the live orders in the dashboard and, thus, offer a better end customer experience. Just like tracking an Uber cab, customers can track food, ecommerce deliveries, service personnel etc. through HyperTrack and get accurate ETAs.

Kevin Hartz of Founders Fund says, “HyperTrack offers the world a means to unlock an entirely new generation of location-based services that previously only the best funded and technically specialised businesses could manage.” He further adds,

It is a delight to be a small part of this journey with HyperTrack, and just as exciting to consider the downstream possibilities for the new location leaders that Founders Fund can support in the future

Naren further writes, “I predict that, within the next two years, several as of now unimaginable applications would be enabled using this technology. Some applications will combine location with other micro-services like payments, identity, or communications. We are also likely to see applications for business use. For example, a sales or service person may receive relevant information based on their current location or expected future location. As new applications become location powered, we are also likely to see HyperTrack offer unique location-related capability, analytics or service. Hopefully, new applications and new capabilities feed off each other to embed location and improve a broad range work and leisure use cases.”

The company follows a ‘pay-per-use’ model where it charges about 4 cents per task. It offers the first 10K tasks for free to first-time customers. As claimed by the company, the HyperTrack SDK is now active on thousands of devices through 100+ apps across the globe. The target audience are the businesses who usually have the mobile workforce or a fleet on street. Some of its customers include Zomato, goibibo, Freshdesk, Delhivery, redBus among others.

In the last 15 years, founder Kashyap Deorah has started and sold three companies, making HyperTrack his fourth venture. Previously, he founded Chaupaati Bazaar, a mobile phone-based marketplace, that was acquired Future Group in 2010, and after that his venture Chalo, an online payment service was acquired by San Francisco-based restaurant reservation company OpenTable. Apart from being an entrepreneur, he is also an angel investor with investments over 20 startups in India and Silicon Valley. Not only this, he has also written – The Golden Tap, the inside story of hyper-funded Indian startups.

One of the biggest plus points of HyperTrack is the fact that it is of use for both consumers and businesses. At one side, it empowers the consumer with ease of tracking food, parcel, service guy, or even a family member or friend. And on the other hand, helps businesses monitor their fleet to bring in more efficiency, particularly, as far as timely deliveries and returns are concerned. Also, since building a proprietary technology is an expensive affair, with companies like HyperTrack in place, startups can focus on their core efficiency of timely delivery of products and services.