Kashyap Deorah’s HyperTrack Gets Backing Of Social Capital And Others; Brings Helion Ventures’ Ashish Gupta On Board

Kashyap Deorah’s HyperTrack Gets Backing Of Social Capital And Others; Brings Helion Ventures’ Ashish Gupta On Board 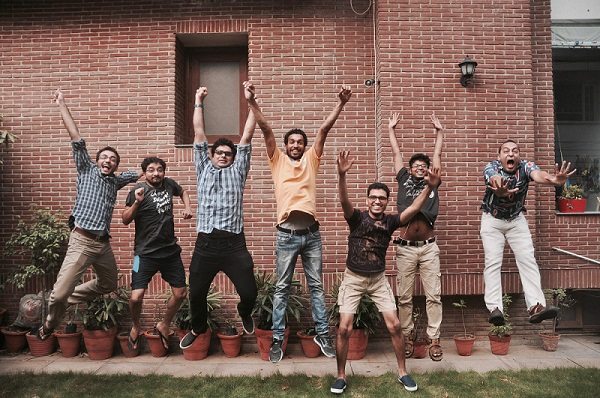 Pay-per-use software HyperTrack, which enables businesses to track their executives and products in real-time has announced that Ashish Gupta, co-founder of Helion Venture Partners has joined the board of the company.

The appointment comes close on the heels of the startup closing  $1.5 Mn in seed funding that happened over a couple of months in the last year, which saw participation from Chamath Palihapitiya‘s Social Capital, Vy Capital, Jubiliant Group co-founder Hari Bhartia, Deepinder Goyal of Zomato, Junglee.com founders Anand Rajaraman and Venky Harinarayan, Investopad founders Rohan Malhotra and Arjun Malhotra, among others.

Co-founded by Kashyap Deorah and Tapan Pandita in October 2015, HyperTrack is reportedly working with more than 100 firms across 30 plus countries.

Kashyap told Inc42, “We are privileged to have Ashish on board. We are the only Board he is on, outside the Helion portfolio. We are obsessively building a deep tech product and the world’s best team for location-based services.”

With billions of rides happening per day in the world, HyperTrack’s target audience comprises all those businesses which have a mobile workforce or a fleet on street. Businesses simply need to plug in HyperTrack’s SDK into their apps, and it only takes an hour to integrate.

The dashboard allows them to easily monitor the workforce, analyse time performance, see all the live orders in the dashboard, and, thus, offer a better end customer experience. So just like tracking one’s Uber cab, customers can track their food, their ecommerce deliveries, even service personnel they have requested for through HyperTrack and get accurate ETAs.

Arjun Malhotra of Investopad, which invested in the startup in January 2016 told Inc42, “The current location-based services are not really supporting opportunities to build more dynamic products where location is a larger part of the core stack.  We have already moved to a mobile world. As more and more and more sophisticated services are built in the mobile world, it’s important that the context within which they are being served to users is better understood. And location is a very large part of that context. The Android and iOS location services are set up in such a way that they don’t do very well if you require a continuous flow of location stream. Hence, the need for a newer stack to leverage the larger opportunity around the mobile world.”

This is Kashyap’s fourth startup, who has also authored The Golden Tap: The Inside Story of Hyper Funded Indian Startups. Over the last 15 years, he has started and sold three companies. He is also an angel investor in over 20 companies in India and Silicon Valley. Prior to finding Chalo – a payments app which was acquired by OpenTable in 2013, he founded Chaupaati, a phone commerce marketplace, which was sold to Future Group in 2010. He also served Future Bazaar as President, for over two years.