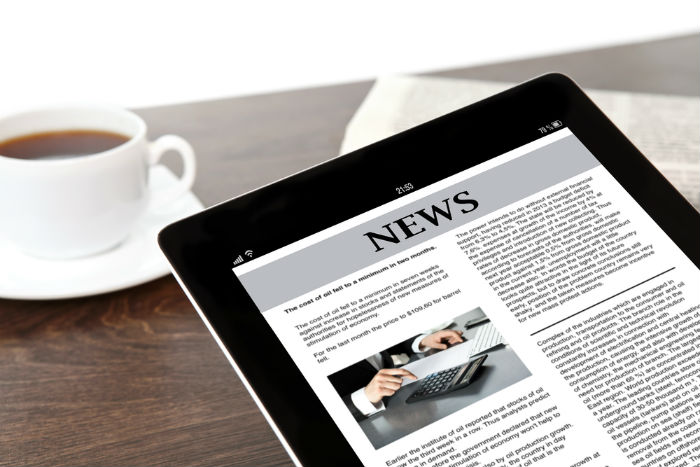 Rahul Yadav’s behaviour towards investors, ecosystem and the media has been called the basis of this decision of firing him from the board. Company said in an official statement, “The Board believed that his behavior is not befitting of a CEO and is detrimental to  the company.”

Amazon became the most visited ecommerce site in India

According to data collected by Internet analytics firm comScore Data, Amazon India had 23.6 Mn unique visitors, followed by Flipkart with 23.5 Mn visitors and Snapdeal, which had 17.9 Mn visitors in the month of May.

Company’s senior directors Ashish Garg and Ankita Dabas will replace the cofounders. However, as reported Chopra and Agrawal will continue to be associated as company advisers.

The company forays into travel segment with four travel aggregators on board to incorporate all bus routes on its system.This launch is a part of Paytm’s strategy to enter as many new segments, to grow its gross merchandise value ( GMV) to $3-4 Bn by the year end.

Uber Pulls Off A Simultaneous Launch In Seven Cities

The launch took place in Bhubaneswar, Coimbatore, Indore, Mysore, Nagpur, Surat and Visakhapatnam. With this, now Uber has it services in 18 Indian cities.

Former Procter & Gamble executive, Amit Choudhary will be responsible for driving overall controls in finance, FP&A and taxation at the group level, Snapdeal said in a statement. Snapdeal has been doing a series of top level appointments in the past 12 months.

Mudit Khosla will join the company as Senior Vice President at Brand Solutions Group. As an integral part of the company’s leadership team, Mudit will be a visionary for devising innovative strategies and managing effective implementation of the same for smooth functioning of the Big Brands associated with IndiaMART.  Mudit has played a key role in setting up of Indiatimes Shopping. He was also a part of the core founding team of Yatra.com and has served as CEO at reputed organizations like Seventymm.com and Tradus.com (ibibo Group).

Similar to other wearables, HDFC’s watch banking app will be synced with the installed app on your phone. Also, there is no need to install the app on your iPhone and Apple watch separately.

Former Mount Apollo employees, Pankaj Vermani and Aditya Chaturvedi have joined Clovia as the new CEO and CTO respectively. According to the company’s statement, Neha Kant, the CEO and founder of Clovia, will now become chief revenue officer while continuing to be a board member.

This tie-up with Home Town (Future group), HomeStop (Shoppers Stop) and @Home will add a whole new range of products from these retail brands to Flipkart’s existing portfolio of 1,000 plus brands with seven lakh home products.

Flipkart to introduce ‘Image Search’ feature for its app

With this new Image Search feature, users can now click a picture or use a photo on their phones to find fashion products of same colour, pattern or style on Flipkart. The feature is  currently at beta stage and will be available to customers through an app upgrade.

Quantium, a globally recognised leader in the development of data-driven insights and ideas, sought to attract and partner with Australia and India’s best innovators through this venture support initiative.

Over 17Mn MobiKwik users can now shop for stationery, snacks and more at over 55 WHSmith India outlets. WHSmith India stores will also serve as ‘MobiKwik Nodes’, where users can even load money on their MobiKwik wallet. MobiKwik targets to create India’s largest independent payments network with 100M digitally paying users and 200,000 retailers

Buzz Me is a personalized anytime notification popping-up on the desktop for providing coupon users with the best deals. This unique feature by GrabOn, can function without the need to register or download any app/plug-in. Moreover, the Buzz Me feature will also automatically adjust to any browser/interface upgrades, eliminating the need for manual updating and simplifying the user experience.

‘Book Now’ feature on their website which will enable buyers to book their car online, a first of its kind in the used-car industry in India.Truebil also added a ‘Quick-Sell’ feature on their platform that propels a faster sale for the seller. The features also offer multiple benefits to buyers aimed at making the whole process hassle-free and rewarding.

Previously CMO at Vistaprint India, Bipin brings over 17 years of rich experience across E-commerce, Telecom, Retail, Media, Liquor & Advertising and has worked with organizations like Bharti Airtel, Videocon Mobiles, United Spirits and Network 18. In his current role, he will be directly reporting to Gagan Arora, CEO-Printvenue.