Among A Host of Offerings Are The Netherlands’ Readymade State-Of-The-Art Infrastructure For Manufacturing, Warehousing And R&D 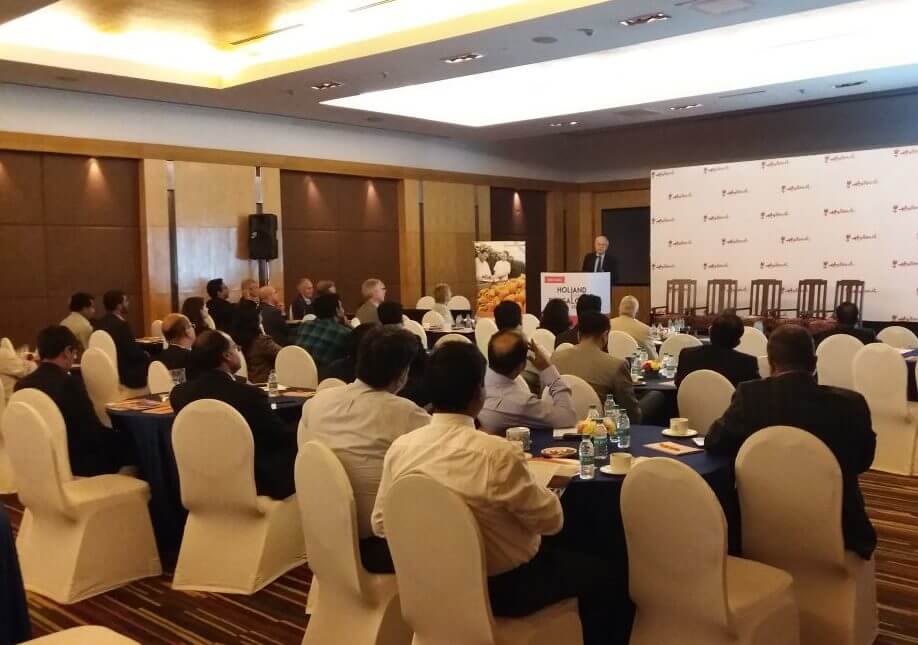 India has got a huge pool of talent, yet the R&D part is dull in comparison. In contrast, Netherlands, a small country situated at the heart of Europe with hardly a 17 Mn population (less than that of Mumbai), registers the highest number of patents per capita in the world, every year.

In an event, “Holland Meets Bengaluru” Netherlands Foreign Investment Agency (NFIA), an operational unit of the Dutch Ministry of Economic Affairs officials illustrated upon the R&D and manufacturing state-of-the-art readymade infrastructure that Holland could offer to Indian high-tech companies including startups. The organisation also stressed upon the fact that Netherlands being the centre of Europe can be a natural choice for companies to set up their distribution centres while selling their products in the European market.

NFIA On Bridging The Gap

Speaking to the press, Stans Kleijnen, Executive Director, NFIA India said, “Dutch companies like Philips and Unilever have become a part of India’s DNA, and similarly Indian companies like TCS and Tata Steel are among the biggest employers in Holland.”

Speaking about how Netherlands can infuse its offerings to India’s ongoing Digital India, Make in India and Startup India, Stans stated, “Netherlands has the huge readymade state-of-the-art infrastructure for R&D purposes and manufacturing too. Indian companies that don’t want to invest in the infrastructure but R&D can definitely opt our labs on rent.” This can be useful for many tech-startups too which dry up in time due to the lack of continuous pursual of R&Ds.

Balaji Venkatraman, Senior Project Manager, NFIA India said, “IoT, 3D Printing and Blockchain are some of the areas where Netherlands can offer the best of existing technologies, be it the technical expertise or infrastructure. Currently, IT is the hottest area of Indian companies while investing in Holland.”

Netherlands is one of those few countries where 50% of the GDP comes from international business. India being one the largest markets in the world is definitely a natural choice for Dutch companies too. However, when the US, French, German, Italian and many other countries’ are already competing to pitch their offerings to Indian companies, what’s so unique with Netherlands? Lars De Vries, Sr. Project Manager-Foreign Investments said that chip manufacturing and auto ancillary parts are some other areas where Netherlands has a lot to offer. For example, with over 70% of the market share, Netherlands’ ASML is the world’s largest supplier of photolithography systems for the semiconductor industry.” This is important for Indian ecosystem in the sense that despite having 200 mobile phones companies, India lags far behind in terms of the semiconductor industry. Most of these mobile companies import their mother-chips from China.

“Netherlands’ offerings are completely in line with the government of India’s Make In India campaign,” Balaji further added, “There are a number of Indian companies and startups those want to reach out to the European market with most in-time supply chain connectivity. Netherlands being at the heart of Europe offers readymade distribution centres and warehouses that such Indian companies might like to take an advantage of. Thus, what we would like to stress upon is that “Make in India And Sell In Europe.”

In India, IoT, AI, infrastructure, cleaning, logistics are few areas which are still untapped at large. Some of the Bengaluru-based companies pertaining to 3D printing and IT services such as Forthcode Technologies have already put their feet down there. While NFIA’s offerings are completely in tune with what India’s ecosystem lacks, what remains to be seen is how Indian companies will take these readymade R&D facilities and other offerings forward.