While the IT Act is clear enough to deal with such offences, there are challenges relating to collecting evidence and jurisdiction

Given the rising incidence of such cases, influencer marketing firms have started to assess influencers by the quality of their engagement with their followers

The Mumbai police recently unearthed a global racket that involved the creation of fake social media profiles and other fraudulent activities in the social media marketing business.

The fraud was unearthed after Bollywood singer Bhoomi Trivedi complained to the police about a fake Instagram account in her name, which was being promoted as her official account. The probe revealed that the handler of Trivedi’s fake account was also approaching other people with the proposition of getting their Instagram profiles ‘verified’ for a fee.

Besides operating ‘fake’ accounts by appropriating identities of famous people, the racket also involved the sale of fake followers to genuine accounts for a fee. These fake followers were created through the use of automated computer programs called bots. The police have made an arrest in the case. The accused used to work for a website called followerskart.com, which allegedly provides fake ‘followers’ and ‘likes’ to people on social media. The police have also summoned 18 celebrities, including film directors, choreographers and models who are believed to have used the services of such websites to artificially boost their online following.

The case has once again, brought to light, the murky world of social media and influencer marketing. Nowadays, an increasing push towards personalised advertising has meant that instead of opting for conventional solutions such as television commercials and advertisements in newspapers, brands are trying to popularise their products and services through influencers — people with a huge following on social media.

Such influencers command the trust of their followers. So, a person is more likely to buy a product when it’s endorsed by an influencer whom he finds relatable, rather than being spurred to buy the same product after seeing it on a billboard. Influencer marketing is one of the strategies employed in micromarketing. It involves advertising for a smaller targeted audience and is supposed to yield a better rate of conversion.

However, in picking an influencer for marketing a brand, key performance indicators (KPIs) are considered to be the number of followers, likes and comments on posts. These KPIs could easily be gamed. Using bots, as in the case detailed above, could fetch fake followers and likes on posts. The main accused in the Mumbai case had reportedly created 5 lakh such fake followers for 176 accounts, including his own. Last year, a joint study undertaken by Swedish ecommerce firm A Good Company and data analytics company HypeAuditor studied millions of Instagram accounts across 82 countries. It was revealed that India has the third-largest number of fake influencers on Instagram, with more than 16 Mn dubious accounts on the social media platform. The US, with 49 Mn fake accounts topped the list, while Brazil, with 27 Mn was ranked second. 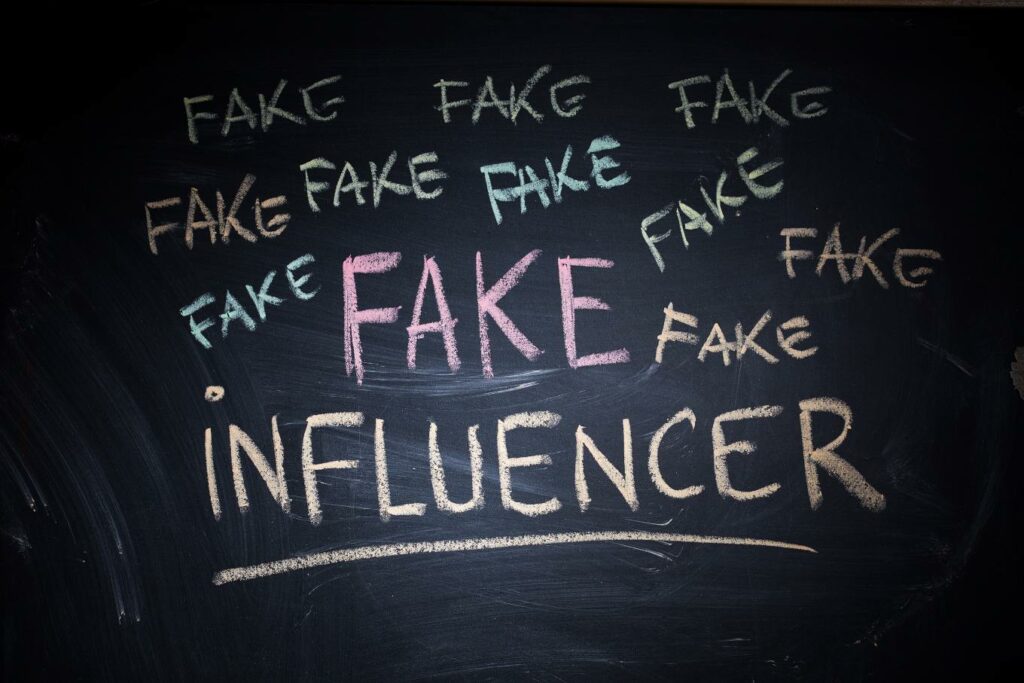 What Does The Law Say?

A fake influencer is usually defined as one with a large percentage of fake followers, who may have also bought fake likes and comments to inflate his/her performance metrics. The recent case of influencer fraud in Mumbai is different, as here, the influencer wasn’t using his/her real identity, but that of a famous person to get more traction on their Instagram account. According to Rajat Prakash, managing partner at Athena Legal, such crimes of personation would be punishable under provisions of the Information Technology Act, “Specifically, Section 66D of the Information Technology (IT) Act, which pertains to punishment for cheating by personation by using a computer resource. There are also provisions in the Indian Penal Code (IPC), namely section 418-20 for prosecuting the said offences.”

Further, cases of a ‘real’ influencer buying ‘fake’ likes and comments on social media are also punishable under Section 120-B of the IPC which pertains to criminal conspiracy, as well as Section 420 pertaining to cheating, along with provisions of the IT Act mentioned above.

A confusing aspect of such cases is the role of the social media companies who’ve unknowingly hired the services of a ‘fake’ influencer. Prakash explains that such companies, under Section 79 of the IT Act, would be granted conditional immunity or ‘safe harbour’ from liability for third-party acts. Simply put, the social media companies won’t be held liable for the offences being committed by the fake influencer, until they receive actual knowledge of the fraud.

“Actual knowledge under Indian law would be a court order taking cognisance of the said offence. If the social media company still does not rectify/acknowledge the fraudulent acts, then they can also be prosecuted for aiding and abetting the crime.”

While the IT Act is voluminous enough to cover all cases of social media marketing fraud, the real challenge lies in prosecution, since collecting evidence could prove to be tricky. Namita Viswanath, partner at IndusLaw feels that the cases largely depend on circumstantial evidence. “There will seldom be direct evidence. The challenge lies in trying to collect sufficient circumstantial evidence that ties the offence to the accused. Moreover, the perpetrators of these scams seldom reveal their true identities on the web, which also poses a challenge for the authorities,” she says.

Viswanath adds, “Jurisdiction is another challenge. The perpetrators of such frauds may not be physically present in India or route it overseas through IP gateways. That could create complications because the present IT Act covers overseas offences only to the extent that the fraud involved the use of a computer resource in India.”

The recent case in Mumbai has thrown up names of several such websites engaged in fraudulent activities relating to social media and influencer marketing. The police have identified more than 100 such web portals which are engaged in providing fake followers for a fee through the use of bots. Of these, 54 are Indian websites whose operators have been called for questioning.

What Do Brands Say?

While growing internet connectivity and the ensuing proliferation of digital media have streamlined the way businesses conduct their operations, the downside of a society’s enhanced digital presence involves fraudulent activities by anonymous criminals with technological know-how. Keeping the increased incidence of such cases in India in mind, firms that offer services of influencer marketing for brands are also adopting their own checks and balances to stay clear of fake influencers. “As an influencer marketing platform, we are responsible for ensuring that influencers with genuine followers are on-boarded for brand campaigns. We deploy native and third-party tools to check the influencer engagement score and followership authenticity. Besides the reach of the influencer, our team evaluates the brand fitment, creative depth and clarity of messaging to ensure campaign efficacy for the brand,” says Shudeep Majumdar, co-founder and CEO of Zefmo Media, an influencer marketing firm.

Ask Shudeep about the KPIs used by his team to assess an influencer’s reach and performance, and he says strategies have evolved to keep fake influencers out of business. “There are engagement KPIs such as the cost per engagement (CPE), measured in terms of rupees spent per like, comment or engagement such as video view. This is an important metric used by brands to measure long-term return on investment (ROI).”

“There are also conversion KPIs, to measure how many people end up making a purchase as a result of an influencer campaign. The number of downloads, purchases effected by the influencer can be measured through custom codes which the consumer redeems at checkout.”

“Finally, we have quality KPIs, which include subjective evaluation of the quality of the content (photos, blogs and videos) generated by the influencer. Bespoke content requires a thorough brief to ensure that the brand’s image aligns with that of the influencer’s.”

Taking cognisance of the presence of fake influencers, firms engaged in influencer marketing are prioritising authenticity over reach. Besides the KPIs mentioned above, there is a focus on picking an influencer whose audience is a fit market for the brand, and whose profile is in sync with the brand’s values. There is all the more focus on the influencer’s content, and whether it aligns with the brand’s communication guidelines.