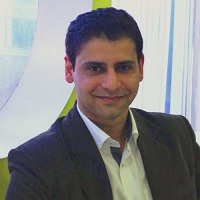 Indian digital payment unicorn Paytm’s senior vice-president Dushyant Saraswat has quit the company. Saraswat now plans to launch his own venture in the digital content space with the focus on gaming.

Prior to joining Paytm in January 2013, Saraswat worked at The Walt Disney Company where he headed the company’s digital business across mobile and online platforms in India. He was also part of the core team at gaming startup Zapak Digital Entertainment.

Paytm announced the online gaming JV in July 2017 with 55% stake in the joint venture by investing $8.8 Mn, while AGTech will own the rest with $7.2 Mn investment. It is not clear who will lead the JV after Saraswat’s exit. 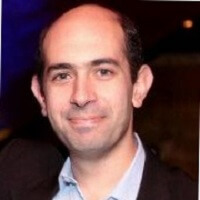 OLX, one of India’s leading online classifieds marketplace for Auto, Real Estate, Goods, and Services, has appointed Momtaz Moussa as the General Manager of OLX India. Momtaz joined OLX Group in the beginning of 2016, as General Manager of OLX in Egypt, one of the fastest growing markets in the MENA (Middle East and North African) region.

Momtaz brings diverse experience spanning over a decade in business development, strategy and consulting. He has worked with multinational brands such as Booz & Co, Vodafone and OLX Group. With his global expertise in classifieds, he was successful in elevating customer experience to drive high growth and retention, making OLX the leading classifieds site in the region.

Momtaz holds an MBA from INSEAD Business School and BSC in Computer Science from the American University in Cairo.

In the new role, Momtaz will lead the India business to boost OLX’s dominant position in online classifieds, which stands at 85% share of consumer-to-consumer trade in India. He will be in charge to accelerate growth in key categories including Auto, Real Estate, Jobs, and Goods.

Furthermore, to cater the evolving needs of buyers and sellers, by capitalizing on a user-friendly experience on the platform. He will report to Leonardo Rubinstein, CEO, ALMEA (Asia, Latin America, Middle East and Africa), OLX Group. 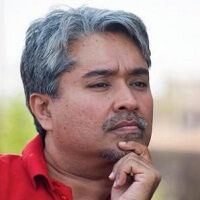 Ajeet Khurana has been named as the Head of the Blockchain and Cryptocurrency Committee of India (BACC).

With previous stints as CEO of the business incubator at IIT Bombay, advisor to Kalaari Capital and ii5 Ventures among others, Khurana is a familiar face in technology ventures and innovation.

Khurana became a prominent voice in the Bitcoin space in 2017.

BACC propels digital financial innovation by promoting blockchain technology, digital assets, and cryptocurrency. It aims to use advocacy, outreach, best practices and standards, and customer education to drive the robust and healthy growth of this sector.

BACC members are further committed to responsible development of the emerging paradigms in Fintech. The recent knee-jerk actions by few banks in terms of closing bank accounts of some cryptocurrency exchanges has led to hardship to citizens. It also created obstacles for exchanges in being able to carry out business.

In the past, RBI has issued warnings and consumer education statements about cryptocurrencies. BACC welcomes RBI’s actions and regard them as measured and well-thought out but also believes that RBI has not asked banks to close accounts of any cryptocurrency exchanges.

Ajeet will work towards inviting banks to follow in the footsteps of RBI, understand this emerging sector, recognize the harmful effects of their knee-jerk reactions, and only then decide their course of action.

Stay tuned for the next week Movers And Shakers Of The Week!