iCubesWire has elevated Nishant Sharma as its Chief Business Officer

mPokket has appointed Andy Sen as its Chief Technology Officer 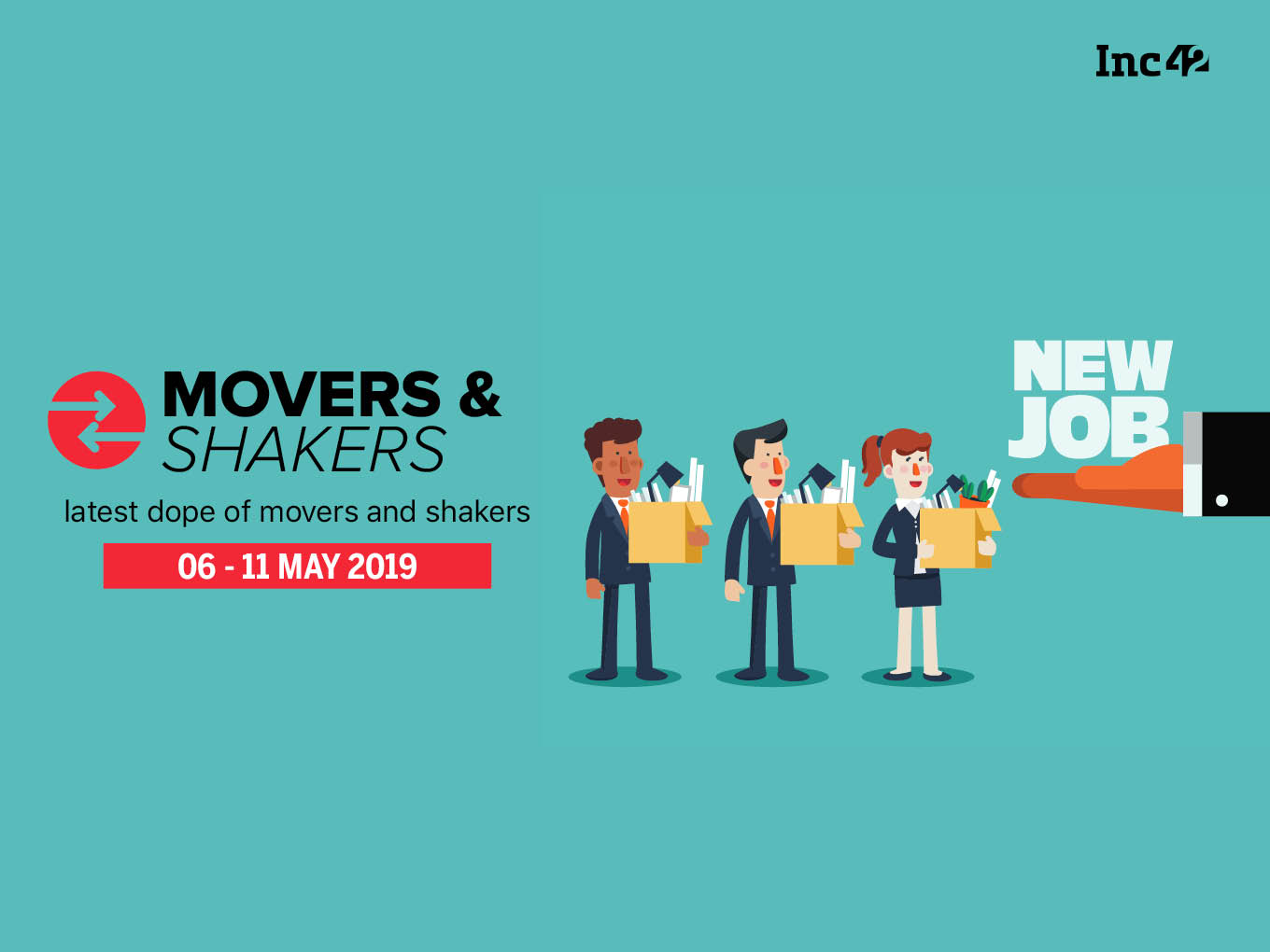 Here’s a look at other movers and shakers of the week:

Sharma comes with nearly nine years of experience in the marketing and advertising industry. In his previous roles, he held the role of Vertical Head, Sales then moved to the next level to become the Group Head, before moving onto become Chief Business Officer.

In his new role, Sharma will be playing a crucial role in ensuring a steady pace across business verticals. He will be leading an extensive team of digital innovators, marketers, creative geniuses and tech wizards to leapfrog the future of digital marketing one stride at a time.

Venugopal comes with more than two decades of experience in the industry. Venugopal joins Udemy from Expedia, where he was Vice President of Engineering for HomeAway. Prior to that, Venugopal founded, architected, and led the development of Maya, the 3D-character animation and visual effects platform. He also led the development of Adobe Flash, the highly successful platform for delivering rich, engaging experiences across multiple devices.

In his new role, Venugopal will lead the engineering, data science and IT efforts to bolster the global growth of the company and help anyone looking to learn new skills or improve existing ones find the right teacher.

Udemy is the online learning destination that helps students, companies, and governments gain the skills they need to compete in today’s economy. More than 30 million students learn from 42,000 instructors teaching 100,000 courses in over 50 different languages.

Delhi-based digital lending and borrowing marketplace IndiaLends announced the appointment of Govind Sankaranarayanan as an Independent Director on the Board of IndiaLends.

Sankaranarayanan comes with more than 25 years of experience in the industry. At present, he is the cofounder of ESG investment firm ECube Investment Advisors. He was in the forefront of Tata’s globalisation efforts at Tetley UK and Tata Communications in the US and Canada. Sankaranarayanan was a member of the Banking and Finance Committee of the Bombay Chamber of Commerce and Industry and the Economic Affairs and Accounting Standards and Private Equity Committees of the CII, committees of the RBI.

In his new role, his immense expertise, knowledge and experience in financial services will further strengthen IndiaLends’ portfolio of digital and online financial products including personal and unsecured loans, credit reports and credit cards.

Gupta comes with over 22 years of extensive experience in the real estate industry. Prior to his role at CoWrks, he was Managing Director for Advisory and Transaction Services at CBRE, where he was leading the Office Occupier Services vertical for India. His past clients include blue-chip companies from banking, management consulting, financial services and technology sectors.

In his new role, Gupta will build on this position of strength while pursuing a clear vision for change and value creation. He will report to Abhishek Goenka, Chief Executive Officer, CoWrks.

Gupta will be responsible for the expansion and revenue functions of CoWrks for both India and overseas.

Sen comes with over 18 years of experience as a hands-on technology specialist with extensive leadership and international experience (India, USA, and UK). He is an expert across domains and verticals like system/web architecture, IT strategy/budgeting, financial services, etc.

He has previously worked with renowned organizations like Indus Valley Partners as its Associate Director, Edureka as its CTO, and Tesco as the Head of Software Development. He has also worked as an independent consultant briefly, handling accounts like a DRDO technology firm and a courier aggregator, along with overseeing the tech-build and launch of an early-stage home décor startup.

As the CTO, Andy will be responsible for the end-to-end management of the technology function, which includes developing, delivering, and scaling the product.

This appointment will help mPokket further its vision while continually developing and delivering new loan products to cater to the underserved segments of students, young professionals, MSMEs, and emerging businesses in its road ahead.

Kurian comes with over 15 years at Yamaha India. In his new role, Kurian will focus on introducing T6X to the world with its launch from the Pune office. He will also focus on strategic tie ups, marketing and distribution of the forthcoming models.

Work on T6X began in mid 2015 and the first prototype was unveiled in September 2016. With Bharat Forge coming on board as a strategic partner in early 2018, Tork Motors has made progress on two fronts rapidly –  technology and skilled resources.

The Confederation of Real Estate Developers Association of India (CREDAI), Bengaluru has selected new committee members.  Kishore Jain has been sworn in as the President of CREDAI Bengaluru for the tenure FY2019-21. He will work towards changing the perception of people about the real estate sector in India and become the market leader.

It has around 250 reputed developers as its members in the city and 500+ developers across the state. CREDAI Bengaluru safeguards the interests of real estate developers and builders while protecting the rights of buyers and homeowners.

Bengaluru-based logistics tech startup Blowhorn has added on to its senior leadership team with the appointment of head of strategy and chief of technology.

Strategy and Investments veteran Gautam Seshadri is appointed as the head of strategy and technologist Santosh Desai takes over the role of CTO at Blowhorn.

Seshadri has over 18 years experience in investment banking, VC investing, strategy and tech entrepreneurship. He was most recently cofounder of ZPX, a leading VC-funded blockchain tech startup. Previously, he was part of the founding team at Aarin Capital where he helped make investments in several well-known startups in the US and India, including Byjus and Counsyl.

Desai has over 13 years of experience in designing and implementing robust, internet-scale platforms and mentoring successful and durable tech teams. He is an accomplished technologist, his entrepreneurial spirit and passion for solving the hard technology problems of intra-city logistics is what attracted him to join Blowhorn.

In his new role, he will help the startup scale up to newer heights.

Founded in 2014, Blowhorn operates in all major metros in India with a broad suite of services from the first mile, middle mile, and last mile while handling goods from 1g to 1T.