In a major shaker for Ola, the company’s chief operating officer Vishal Kaul has resigned. Following his exit, Pallav Singh, Senior VP, Ola will take over the responsibilities of Vishal Kaul in the interim. Prior to Ola, Vishal has held several positions in PepsiCo since 1999.

Also, Amazon India’s head of technology Dale Vaz is reportedly moving on from the company and has been roped in by Swiggy, as per two people aware of the development. Vaz was with Amazon for over ten years and was heading engineering for Amazon India’s consumer business since 2014.

Further, according to the reports, former Infosys co-chairman Ravi Venkatesan might join US ecommerce giant Amazon’s India business in a senior role. He is said to be in the discussion for the potential offer to join either as a board member, chairman or a senior advisor at Amazon India. Speculations are also in the air around the possibility of joining Bill & Melinda Gates Foundation.

Venkatesan is currently the non-executive chairman of public sector lender Bank of Baroda and has previously served on the boards of Harvard Business School among others. He also worked as chairman of Microsoft India from 2004 and 2011 and helped establish the unit as the software major’s second-largest presence worldwide. 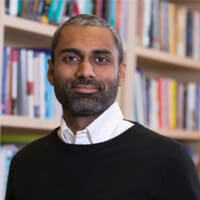 In a Linkedin post, Hemant shared, “I’ll be joining the fantastic team at Lightspeed Venture Partners in their India office focusing on investing across sectors.”

He added that there is so much to do and so much innovation will come from the private sector with the right policies in place – entrepreneurs are going to be the kings and queens of this new hyper-connected, hyper-digital world and he is committed to help them get there through funding, operational experience, access to deep networks both in India and the US, and a strong empathy for a founder’s long and difficult journey.

Prior to this, as a partner at American VC firm Andreessen Horowitz, Hemant was a board observer at companies such as DigitalOcean, Actifio and Cumulus Networks.

With more than a decade of experience, Hemant has earlier worked with Google as strategic partnerships and business development lead; chip maker Advanced Micro Devices (AMD) as an engineer and product manager amongst others. 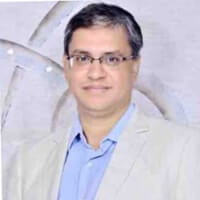 China-based Transsion Holdings has promoted its veteran employee Arijeet Talapatra as the new CEO of its India operations.

In a career spanning over 20 years, Talapatra has worked with companies such as Unilever, Bharti Airtel, and Lava before joining Transsion. Earlier he was Senior Vice President-National Head of sales, distribution and retail for Transsion.

As the CEO, Talapatra will be responsible for leading the development and execution of long-term strategies, the overall success of the organisation and making top-level managerial decisions. 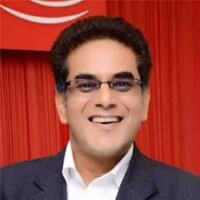 With more than 25 years of experience in spearheading multi-functionality roles in multiple sectors, across geographies, Anup has helped shape various businesses with his leadership and management abilities and is known for his detailed operational skills. Anup was a part of organisations like Snapdeal, Interglobe, Bharti Airtel and Tata Finance. At present, he is working as CFO at Essar Oil.

As a strategic advisor, Anup will provide mentorship and guidance to Rubique’s team for achieving business growth and scaling up to reach deeper business pockets in the country.

He will direct Rubique in its critical transformational and scaling-up initiatives, by helping the brand undertake and complete the technology transformation, new lending projects, partnerships and profitability.

Anup will be working closely with the senior leadership team on financial, internal controls and operations for Rubique. Apart from this, his role will also involve a critical element of investment advisory and support the board in building a robust growth strategy. 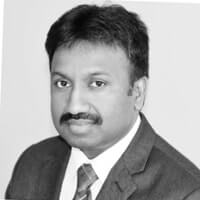 TravelUR has appointed Srinivas Rapthadu to its advisory board. This comes as a part of TravelUR’s plan to enhance the platform with AI, Cognitive Computing and RPA.

TravelIUR aims to leverage his experience as a technology evangelist and business leader, and his expertise in value creation through emerging technologies. 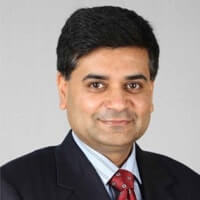 Zomato has appointed Sameer Maheshwary as their Chief Financial Officer. Sameer will be joining Zomato in July.

With more than 20 years of experience in global markets, Sameer will be joining from GE, where he is currently the CFO for South Asia.

He was also co-CEO of SBI Card, which was a joint venture between State Bank of India and GE Capital. Prior to this, he was the Senior Vice President at GE Capital India where he worked on Business Development and was the Business Leader for Auto Lease and Commercial Distribution Finance.

Quick Heal Technologies Appoints Manu Parpia to Board of Directors

With over 35 years of experience in the industry, he has worked for more than 25 years in the PLM and Engineering arena.

Parpia was the founder Managing Director & CEO of Geometric Ltd. till recently and oversaw its growth as it became a $200 Mn enterprise serving leading global companies as well as the leading ISV’s in the CAD/PLM area. Geometric Ltd, now a part of HCL Technologies, also had a significant portfolio of Intellectual Property.

Stefan van den Berg is a successful entrepreneur in the digital financial services domain in Europe. He set up fintech startup AfterPay in 2010 after years of working with various financial service providers and banks.