The game is currently not available for iOS devices 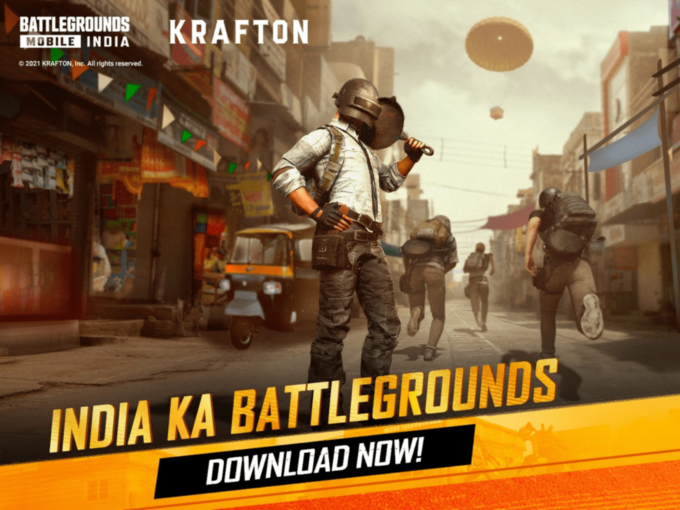 Krafton, the South Korean video game developer today launched Battlegrounds Mobile India. After an early access period, the game is now  available for download as a free-to-play multiplayer game on Google Play with an array of maps, game modes, and other launch week challenges.

The company also stated that as more players join the launch events in game, fans will be rewarded with a free permanent purple outfit and various rewards like outfits, weapon skins, etc. On the special milestone of reaching 1Mn, 5Mn and 10Mn downloads, exclusive gifts have been sent to players’ event centers including the Constable Set, and everyone who downloads the game.

The key events for the Launch Week include Friends For Life, Journey to the TOP and various exchange events, where multiple achievements reward players with different gifts.

The game is currently not available for iOS devices.

The original PUBG mobile title was banned in India in September 2020, on allegations  of  engaging in activities that were prejudicial to the sovereignty and integrity of India, and other data privacy concerns. This was also followed by the Government Of India permanently banning 59 Chinese apps. This is the mobile game’s first official release in India after that stint.

While PUBG Mobile has been banned in India, the console and PC versions of PUBG remain unaffected. PUBG Mobile had over 175 Mn downloads and around 50 Mn monthly active users in India, as per reports, before its ban. Other games such as Call of Duty mobile and Garena Free Fire saw their user base grow in the wake of the PUBG mobile ban.

In June, the game was found to be sending users data to servers in China, according to a report on IGN India . It also included the user’s device data that was sent to Tencent-run Proxima Beta in Hong Kong, as well as Microsoft Azure servers located in the US, Mumbai, and Moscow.

However, the privacy policy page of Battlegrounds Mobile India clearly stated that Krafton ‘”may transfer your data to other countries and/or regions to operate the game service and/or to meet legal requirements. The legal basis for such processing is compliance with a legal obligation to which we are subject to or are legitimate interests, such as exercise or defence of legal claims.”

Given the game’s large Indian user base  and its data security related past, several leaders have been opposed to the mobile game’s return in the country and have voiced out their opinions since the South Korean mobile game developer announced the game’s second release. For instance, in May 2021, Arunachal Pradesh MLA Ninong Ering and MP Abhishek Singhvi urged the government to ban the game in India.