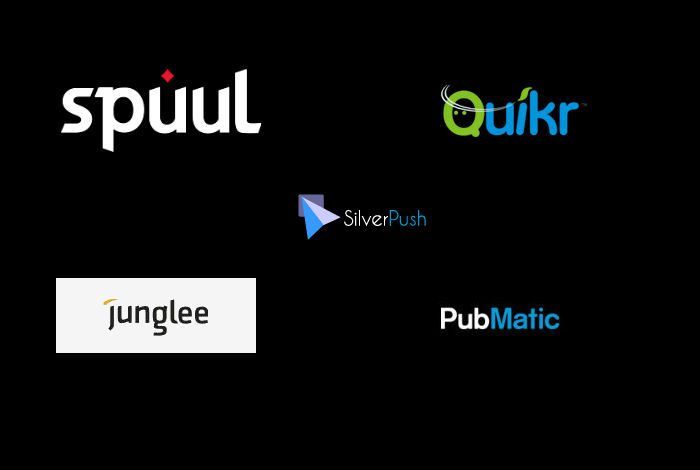 Pune and California based advertising company, Pubmatic has recently raised $13 Mn in a Series E funding round led by Nokia Growth Partners. With the funding, John Gardner from NGP will be joining the boards of Pubmatic, reported re/code. This round will take total funds raised by it to $76 Mn.

As per reports, the company has hired Citigroup Inc. (C) and Jefferies Group LLC, and is also planning an IPO in the second half of this year led by Credit Suisse Group AG (CSGN), from which it plans to raise over $ 1Bn.

Pubmatic was founded in 2006 by Rajeev Goel and Mukul Kumar and they launched their first programmatic ad platform in 2007.

Amazon’s product comparison site Junglee has recently entered into a partnership with online classified site Quikr, which will allow users to search for second hand products listed in Quikr.  Currently, the feature is available only on electronic products in 10 cities including Bangalore, Mumbai, Delhi and Chennai.

Users can check the prices from Quikr under the section – Related product listings on the products page of the Junglee. These product listings would be location based, users would also have an option to change their location. By clicking on the pre-owned product, the user will be directed to Quikr.

Spuul for iOS gets Offline Sync

Bollywood streaming service Spuul has added an offline sync feature to its existing iOS app, allowing users to watch content offline as well. This comes in line with the Android version, which was updated with this feature last October.

This new iOS app gives The new iOS app gives premium subscribers the option to sync multiple movies for offline Viewing. Subscribers are given control over the video quality, which enables them to conserve mobile bandwidth if needed. Besides ensuring that Spuul will not be a source of online piracy,  the offline sync feature provides subscribers with the utmost ease of watching the movies offline anytime, anywhere without having to worry about the internet access. Subscribers will have 72 hours to consume their synced movies following which they would have to reconnect to verify their account and offline content.

“We want our subscribers to have hassle-free entertainment at home or while travelling. After releasing the offline sync feature on Android , we have now released it on IOS to ensure that Internet connectivity is no longer a hindrance in the movie watching experience”, said Subin Subaiah, CEO –Spuul.

Silver Push, a GSF accelerator company, has won the TiE Francisco Startup Pitchfest.  Silverpush Silverpush, founded by Mudit Seth and Hitesh Chawla, has a patented mobile ad retargeting technology . It helps advertisers retarget the existing users over mobile and social ad ecosystem & get new users based on the profiles of existing