At The NSE Tech Conclave 2018, Mohandas Pai Spoke On How Entrepreneurship Can Boost The Indian Economy 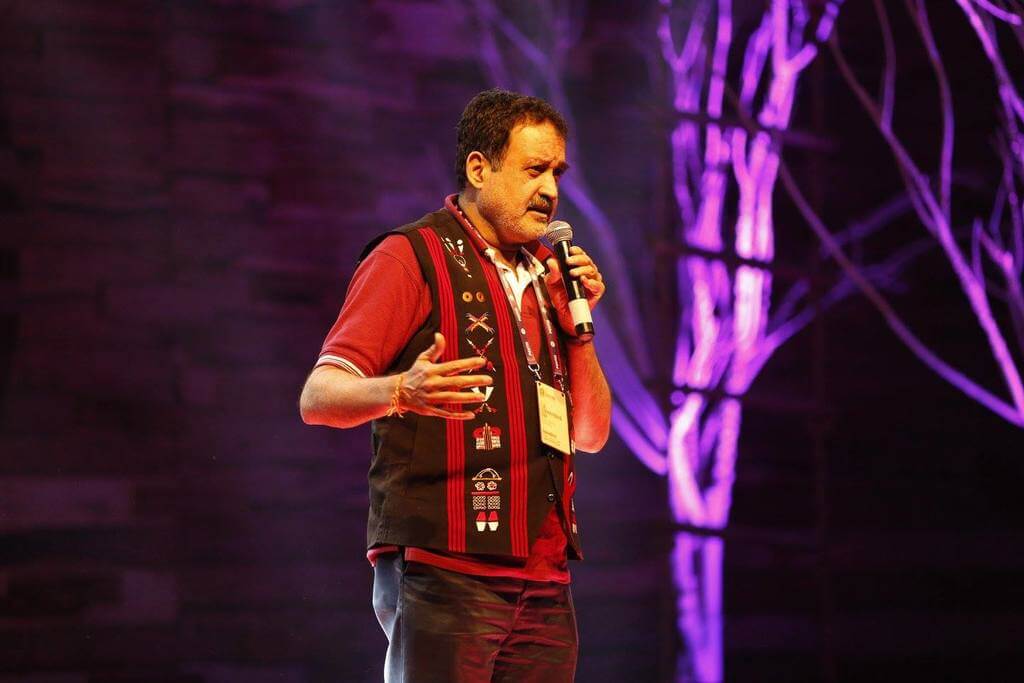 Speaking on the topic of “How Tech Entrepreneurship Will Create A $10 Tn Indian Economy”, Pai stressed on the fact that although the Indian economy has been growing steadily over the years, entrepreneurship can propel it further to the next level.

However, he added that though India has done extremely well in the last 28 years, why it is not visible on the global stage is only because compared to countries like China, public infrastructure, airports and cities do not paint a pretty picture of India.

Comparing India to China, he said that as far as economic progress is concerned, India is just about 13 years behind China. With China’s current GDP standing at $23 Tn, China was at the same level that India is at today, back in 2004.

“Therefore, I expect India to become a $10 Tn economy by 2030,” he averred. While India and China will form a significant portion of the world economy in the coming years, it has been observed that capital is still accumulated in the developed economies and will continue to do so for some time.

While refuting any downturn in the Indian investment climate, Pai shared that only investments from household savings in the real estate sector have come down because of the demonetisation hammer hitting black money hard. All those reports referring to decline in the corporate investments are utterly rubbish, he added.

On the topic of employment generation, Pai said that the Indian startup ecosystem could be a saving grace. India currently has more than 26,000 startups and these startups have created a market capitalisation of $95 Bn based upon all the funding that has come in.

Citing the Inc42 Datalabs Funding Report, Pai stated that 82% of the startups are concentrated in Bengaluru, Delhi and Mumbai. As per the Inc42 Funding Report 2017, there came a total funding of over $13.7 Bn in the Indian startup ecosystem. He, however, mentioned that sadly only 10% came from the Indian investors, with the rest being from the overseas investors.

Pai cautioned here that this could lead to India becoming a digital colony, mentioning that  Facebook, Google, Twitter and Amazon are trying to own India.  He expressed his concerns about the growing trend of capital dumping in India from large foreign players based in the US and China, among other places.

In the digital world, nine out of 10 Indian unicorns are owned by foreign capital and a majority of them are domiciled overseas. “This is a real danger. India is about to become a digital colony. We must fight this battle together,” he cautioned.

While Indian startups have raised billions of dollars, Pai mentioned that the funds will be largely beneficial to the Indian economy only when such unicorns are listed in India and not outside. He reasoned that it makes sense for such companies to be listed in India as their market is here and being listed in this country will also provide them with the required liquidity.

He applauded the role played by Indian IT companies in creating a healthy base for the country’s startup ecosystem. Pai further mentioned that Indian IT service industry is valued at $175 Mn.

“In the top 10 IT service companies across the globe in terms of market value, five are Indian. Over 60% of the world’s IT outsourcing comes to India. The combination of technology and skilling has played an important role in creating a healthy startup environment in India.”

Quoting data from iSPIRT, Mohandas Pai also revealed that by 2025, India will have 100K startups. Those startups will employ more than 3 Mn people, will create $500 Bn in value and make the Indian startup ecosystem the number two in the world, after the US.

“While we are just two years behind Silicon Valley in terms of technology and sophistication but we will hopefully be there soon,” he reflected.

Why Should Startups Look For Listing In India?

Citing the example of Infosys which got listed on NASDAQ in 1991, he shared that the prime reason behind Infy getting listed in the US was to get a grand recognition in our local market as their market base was in the US.

“Listing is a strategy. It gives you brand recognition.Whether you should list in India or abroad depends on where is your market base. Second thing, listing gives you liquidity. Listing is also not an end. You need to secure the market confidence with high growth rate and good management. That will fuel your market valuations. But before that you must be able to go and sell it to the market,” stated Pai.

Pai pitched for listing in India as the prime market base of the emerging startups is primarily domestic in nature and also because of the adequate availability of capital in the domestic market. However, rather than going for retail investment, Pai preferred institutional investments.

In an exclusive conversation with Inc42 on the sidelines of the event, Mohandas Pai shared that retailers are mere followers, not the trendsetters if you exclude some regional specific retail investors like Gujaratis. They follow the trend. Startups must target institutional investors, not retail investors.

He further concluded that startups are changing India in consonance with India Stack. Mobile penetration, Jandhan Yojana, Aadhaar and layers of technology will enable the creation of a single virtual country for the first time in our history, thus allowing the 1.3 Bn Indians to become a part of a single economy.