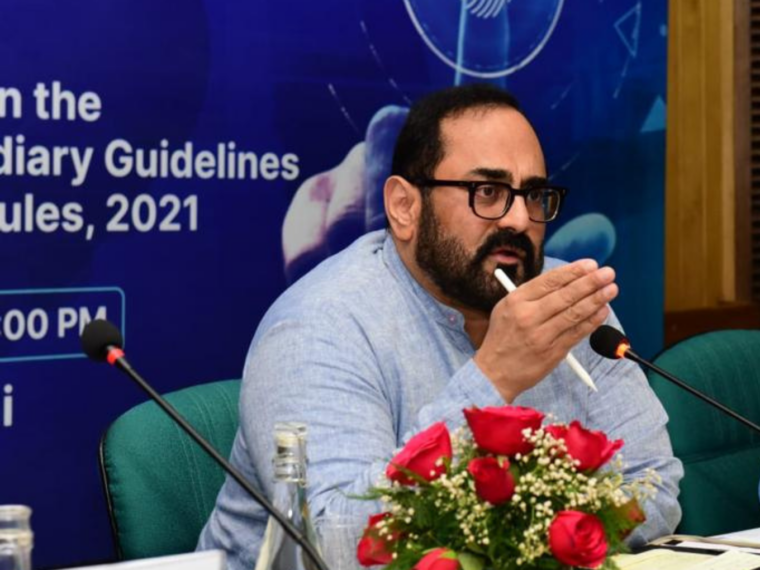 In an open house discussion, stakeholders suggested that there should be more clarification from the ministry on how grievance appellate would work

As per the draft published on June 6, the government has proposed to form Grievance Appellate Committee(s)

Besides, several stakeholders also raised concerns about the requirement for social media intermediaries to acknowledge and resolve user concerns within 72 hours

After publishing the draft amendment to IT Rules 2021, The Ministry of Electronics and Information Technology (MeitY) has indicated that the rules will keep changing as the ecosystem evolves.

In an open house discussion, Minister of State for Electronics and Information Technology Rajeev Chandrasekhar said that the regulations are going to evolve in consultation with the stakeholders involved, ET reported.

“Even if we agree that there will be an appellate tribunal model to the appellate committee model today, there is nothing that says that we will not be able to change it into a self-regulatory or self-regulated mechanism one year down the road or six months,” Chandrasekhar said.

As per the draft published on June 6, the government has proposed to form Grievance Appellate Committee(s) (GAC).  Hence, users dissatisfied with a decision of a social media company’s grievance officer will be able to appeal to the government-formed committee, if the rules are implemented.

According to Chandrasekhar, the government is following four basic principles including openness, safety and trust, accountability and complete compliance to the Indian Constitution and legal provisions, when it comes to policy and rule-making around the internet.

In regard to the GAC, stakeholders suggested that there should be more clarification from the ministry on how it would work. Besides, several stakeholders also raised concerns about the requirement for social media intermediaries to acknowledge and resolve user concerns within 72 hours.

As per the proposed changes to IT rules, if a user complains about content that is patently false, infringes copyright, and threatens the integrity of India, the officer will have to address it within 72 hours. Under the current rule, the timeline to address such complaints is 15 days.

In February 2021, the government issued guidelines for social media apps, as well as online news portals, news aggregators and OTT platforms, under the Information Technology (Guidelines for Intermediaries and Digital Media Ethics Code) Rules, 2021, also known as the IT rules 2021.

At the time of publishing the draft amendment, the ministry said that the digital ecosystem and connected internet users in India keep expanding. Hence, the challenges and problems faced by them are also changing. The proposed changes are aimed at addressing some of the infirmities and gaps that exist in the current rule ‘vis-a-vis Big Tech platform’, the ministry added.