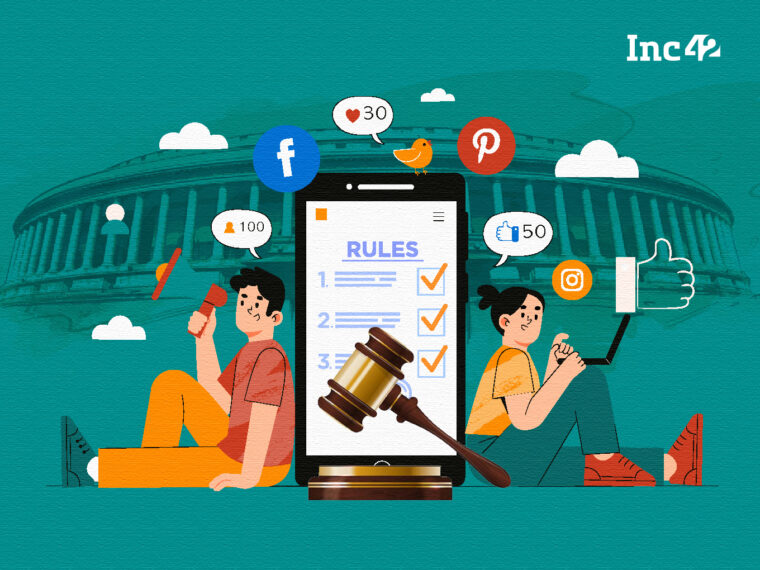 The Ministry of Electronics and Information Technology released the draft amendments to IT Rules, 2021 earlier this month, seeking feedback from stakeholders

Such a government-backed committee would ultimately lead to increasing censorship on social media, they said

The government’s new draft amendments to IT Rules, 2021, published on June 6, have raised multiple concerns among experts in the legal domain. The amendments have sparked a debate in the country over how much control the government should have over social media platforms, and hence free speech.

From forming a separate Grievance Appellate Committee for overseeing social media content to imposing the state’s fundamental rights on the social media intermediaries, the proposed rules might be problematic in nature in several ways, as per legal experts.

In fact, a major cause of concern from a legal perspective is the government’s proposal to form a Grievance Appellate Committee that would be the decision-maker on taking down content on social media platforms.

What Are The Issues With The Committee?

As per the draft, users dissatisfied with a decision of a social media company’s grievance officer would now be given a provision to appeal to the government-formed committee. Besides, the social media intermediaries would be mandated to comply with the committee’s decisions.

Talking about the problems with such a government-proposed committee, Krishnesh, an associate litigation counsel at Internet Freedom Foundation said, “The biggest issue is that this could make the Grievance Appellate Committee the arbiter of permissible speech on the Internet.”

After all, as per the proposal, the committee would not have any independent members and the government will appoint the chairperson and other members.

“The lack of independence means that any content on social media that does not bear well with the government, however legal it may be, might be taken down by the Grievance Appellate Committee, which is a cause of concern,” added Krishnesh.

The issue of how social media intermediaries deal with content on their platforms is being contested across the world and many major countries are trying to figure out how these platforms must be regulated, he said. However, there is an acceptance that the government should not be the final authority in deciding whether such content is permissible.

“This is also the same with speech otherwise. If you say something that is unlawful, the government might ask the court to punish you but the court is the authority on deciding whether the speech was legal or not,” he added.

As per a majority of the legal experts, such a government-backed committee would ultimately lead to more censorship on social media.

Echoing similar sentiment, Bharat Chugh, a former judge and an advocate in the Delhi High Court, said, “On the legal tenability, the government can certainly legislate on this. I don’t see it as governmental overreach, but otherwise, I do not see it as a good move because the government should not step into the shoes of being a censor for these kinds of things at all.”

“In a free marketplace of ideas, if a private entity has a relationship with their customers on what can be published and what can not be, this is a matter for them to resolve and if a person is aggrieved by the company’s decision, there is a court of law,” he added.

Besides, Krishnesh also raised questions on the capacity of the committee to deal with the grievances. “Facebook has removed more than a crore posts in the past month. If assuming half of those decisions are appealed, even then there are so many decisions which the Grievance Appellate Committee will have to check, and that’s simply not feasible for a bureaucratic office,” he added.

The Issues Are Multifold

The legal experts have raised multiple issues over the amendments. According to Krishnesh, regulation of speech on social media can only take place based on grounds which are mentioned under Article 19 (2), and those are limited.

“In India, we have a broad right to free speech and there can only be reasonable restrictions on such speech. Right now, the manner in which the rules are framed, they go far beyond Article 19 (2) and they impose restrictions which otherwise don’t need to be imposed or are not permissible to be imposed,” he said, adding that if this is done, there needs to be an independent committee that does not have biases.

On a similar note, Anupam Shukla, partner at Pioneer Legal emphasised that the members of such a committee should ideally be chosen based on their expertise in understanding and adjudicating issues related to social media intermediaries, such as those with a legal background, professors, senior journalists.

“Such members should be capable of displaying a high degree of impartiality, lack of bias and partisanship,” he added.

On the other hand, Chandrima Mitra, partner at DSK Legal, who otherwise views the government’s proposal as a positive move, also said that the committee should have a balanced representation of judicial members and others from the intermediaries who understand the business.

“(There should also be) industry experts who will be able to understand the issues involved and address the same in the most appropriate manner, which is practical, legal, as well consumer and business-friendly,” Mitra said.

As per the draft amendments, the grievance officer would also have to take action on certain complaints against a social media intermediary within 72 hours versus the earlier time frame of 15 days.

While the formation of a separate Grievance Appellate Committee has caught several eyeballs, there are other proposed directions under the draft amendments that could be equally problematic, according to the legal experts.

The draft also states that all social media intermediaries should “respect the rights accorded to the citizens under the Constitution of India”.

Commenting on this direction, Shukla said, “The government wanting the social media companies to be responsible for the constitutional rights of citizens is a bit unprecedented. Fundamental rights have generally been enforced against the state authorities or the instrumentalities of the government and not against private parties.”

Explaining his point, Shukla said if two individuals provide separate content for publication to a private publisher and the platform chooses to publish only one, it can do so. The content creator cannot insist otherwise, claiming his freedom of speech is being infringed by the private publisher.

While Chugh is of a similar opinion, he also called for regulating the big social media intermediaries.

“Facebook (now Meta) and other significant social media intermediaries, by their very size, importance and role today, have become parallel governance or as important or as big. They are not just private companies anymore who can just shut you out,” said Chugh.

Saying that the conduct of such big companies, who have a monopoly or duopoly in the market, needs to be regulated, Chugh said that rules and amendments are needed for it. However, he added that the government shouldn’t regulate it, and it needs legal bodies.

The Past Events And Regulations

The IT Rules, 2021, which prescribe a framework for content regulation by online publishers of news, curated audio-visual content, social media intermediaries, and more, was introduced in February last year.

With the increasing penetration of the Internet in the country, the government is trying to come up with rules and amendments to tighten the regulations for various digital players.

According to the IT ministry, the number of users across social media platforms WhatsApp, YouTube, Meta, Instagram and Twitter stood at 161.55 Cr in February last year.

The government has been at loggerheads with the social media platforms and other technology companies over a slew of issues. In May, the Centre told the Delhi High Court that an individual’s liberty and freedom cannot be “waylaid or jettisoned in the slipstream of social and technological advancement” and the social media platforms must respect citizens’ fundamental rights and conform to the Indian constitution, as per a PTI report.

A few days before it, Union Minister of State for Electronics and IT Rajeev Chandrasekhar said on Twitter, “De-platforming is a big deal- It’s a violation of fundamental rights of users and must have a force of law behind it for any platform to exercise and must never ever be done arbitrarily.”

Chandrasekhar was reacting to Elon Musk’s statement that the decision to ban former US President Donald Trump from Twitter was “morally bad”.

Despite the fierce criticism of the move, the government has refused to change its stance. Chandrasekhar told the VPN service providers to either follow the latest directions or exit India.

Several foreign VPN service providers such as NordVPN and ExpressVPN have already announced that they will remove their servers from India before the new rules come into effect on June 27.