Vahdam Teas was recognised as the Global SMB of the year 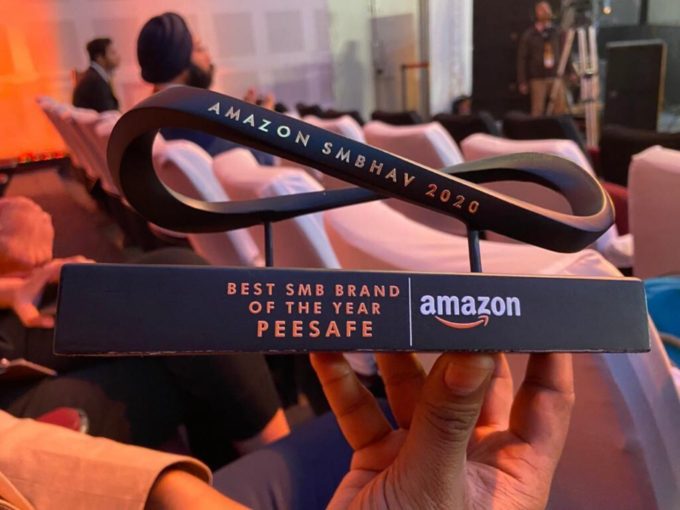 With the digitisation boom in India, small and medium businesses (SMBs) in the country are witnessing an upward growth trajectory. Moreover, with the inception of ecommerce, these SMBs are now selling their products to other countries as well. And now to felicitate what has been achieved by these SMBs in India, ecommerce giant Amazon at the Amazon Smbhav event shortlisted 10 winners across different categories.

From startups such as Pee Safe, PlayShifu, Try And Buy Fashion, ClearDekho to established brands, such as Dr Vaidya’s, emerged as winners of the Amazon SMB awards. In addition to SMBs, Amazon also awarded entrepreneurs who created a social impact. During the Amazon Smbhav event, some of these entrepreneurs received awards from Amazon’s founder and CEO Jeff Bezos.

Here Are The Winners Of Amazon SMB Awards

Founded in 2015 by Bala Sarda, Vahdam Teas claims that it sells India’s finest teas and superfoods. The company claims to have sold to more than a million customers. As of now, the company is getting its major revenues from the US, Europe and South Asian countries.

Founded in 2017 by Tanvi Johri, Carmesi started as a menstrual hygiene product brand. As of now, the company manufactures biodegradable sanitary pads and panty liners. In 2019, Johri had won the Forbes 30 Under 30 Asia & India.

Digital SMB of the year: PlayShifu

Bengaluru-based PlayShifu builds interactive toys for kids. Founded by Dinesh Advani and Vivek Goyal, the startup helps kids to engage, entertain, and educate with their augmented reality (AR) based products. As of now, the company is selling in over 15 countries including the US, Canada, UK, and Japan.

Mumbai-based Dr Vaidya’s is a 150-year-old brand that has now forayed into new-age ayurvedic products in categories such as healthcare, skincare, among others. Currently, the company is selling more than 100 ayurvedic products.

Founded in 2018 by Amol Anand and Amod Anand, Loom Solar manufactures mono solar panels and AC modules to generate electricity, thus helping in reducing pollution and lowering energy costs. So far, the startup has been able to install its equipment in over 8000 homes.

Founded by Payal Nath and Pooja Ratnakar, Kadam Haat is a non-governmental organisation which helps rural youth and women to earn a living by manufacturing handmade products. As of now, the NGO helps over 6000 women in rural India to become a support system for their families.

Transformation of the year: Being Chef

Founded by Shubham Maheshwari, Being Chef provides economic and healthy food to its customers. The startup also provides subscription models and on-demand nutritional meals to its companies.

Innovator of the year: Try And Buy Fashion

Founded in 2017 by Nitin Vats, Try And Buy Fashion aims to bring online shopping as close to the offline shopping experience as possible by allowing trying and buying of apparel through virtual stylists and virtual trial rooms. The startup leverages new-age technologies such as artificial intelligence to create virtual try-on solutions for fashion ecommerce and offline stores.

Job creator of the year: ClearDekho

Founded by Saurabh Dayal and Shivi Singh, ClearDekho is a budget eyewear brand that follows both online and offline approaches. The Delhi based startup works to provide standardised and affordable optical solutions to its customers.