With This, The Used Vehicle Company’s Post Money Valuation Has Increased To $265 Mn 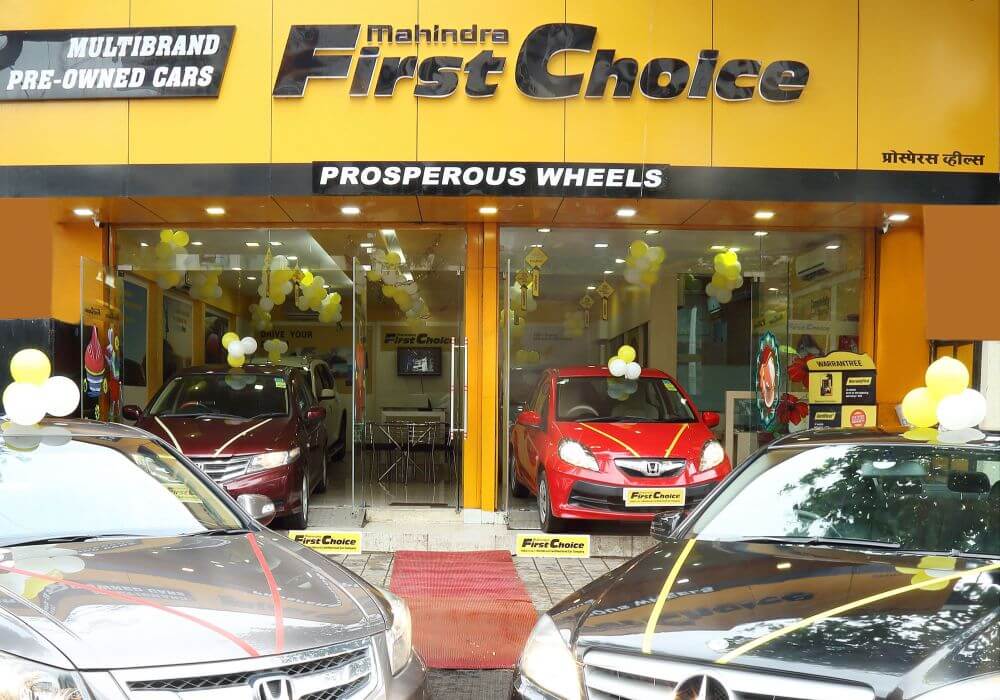 Prior to this, the company’s last primary fundraise took place in March 2015 at a valuation of $115 Mn. As per the official statement, the newly-secured financing will be used to fund its growth over the next 18 months.

Commenting on the development, Mahindra and Mahindra Chairman Anand Mahindra said, “MFCWL is a company founded on the principles of innovation and entrepreneurship and as one of the fastest growing companies in the Mahindra Group it is testament to both its own performance as well as the Group’s ability to create and nurture ventures with a focus on shareholder value.”

Mahindra First Choice Wheels will also be using a portion of the fresh capital to expand its franchise dealer network and invest further in new technology-enabled products and services for online customers.

Rajeev Dubey, Group President and CEO (After-Market Sector) at Mahindra and Mahindra stated, “MFCWL’s primary mission is to organise the used vehicle automotive industry ecosystem. MFCWL’s products and services are providing unprecedented transparency in all aspects of the used vehicle ecosystem – retail and wholesale. MFCWL is the only company which is truly hybrid with a presence both on the ground and in the cloud and this hybrid strategy forms the underpinning of its mission.”

Founded in 2008, Mahindra First Choice Wheels is an automotive products and services provider that caters to the needs of retail and wholesale customers utilising its “on-the-ground” and “in-the-cloud” capabilities.

The used car company currently has 1,650 franchise deals across 800+ towns in the country. Over the last five years, the company claims to have achieved a monthly growth rate of nearly 3.5 %, with revenues undergoing an 8-fold increase during the said period.

Speaking about the latest fundraise, Nagendra Palle, CEO and MD of Mahindra First Choice Wheels said, “We are excited about the latest primary investment in the company. Our plan in March 2015 was to achieve a network of 1,800 dealerships by 2020 but we have reached that network size in 2018, nearly 2 years ahead of the plan. With GST rates being rationalized, we want to utilise our deep technology expertise for retail and wholesale solutions to grow to a network of 5,000 dealers in the next five years.”

Its business model is based on four building blocks: vehicle retail, vehicle auctions, vehicle inspections and vehicle pricing. The company runs a number of technology-enabled platforms in the areas of used vehicle auctions  (eDiig.com), inspections (autoinspekt.com) and pricing analytics (indianbluebook.com).

Under its vehicle auctions business, the company has so far sold upwards of 300K vehicles through the eDiig auction platform, with around 85,000 being sold in FY17 alone. eDiig is a wholesale marketplace where multiple sellers and buyers compete in a transparent online environment.

With over 20,000 registered buyers and sellers, eDiig aims to leverage its ‘true time bids’ solution, to seamlessly bridge the requirements of offline and online participants, thus enabling transparency and superior vehicle price discovery.

Autoinspekt, as its name suggests, is a used vehicle inspection and valuation service intended for lenders, deals, OEMs and consumers. The company also runs IndianBlueBook.com (IBB), which is an online research platform offering vehicle pricing details to customers buying and selling their cars.

According to an IBEF report, the automobile market in India has pegged at $125 Bn. Out of which, $100 Bn is the estimated share of automobile sales and remaining $25 Bn includes services. It is expected to grow at a rate of about 10% to a whopping $225 Bn by 2020.

Other players in this space that deal in the C2C segment apart from Mahindra First Choice Wheels include Droom, Spinny, Carwale, Truebil, Carnation, Cardekho, Cartrade, Zigwheels, along with some classifieds players such as Quikr and OLX.