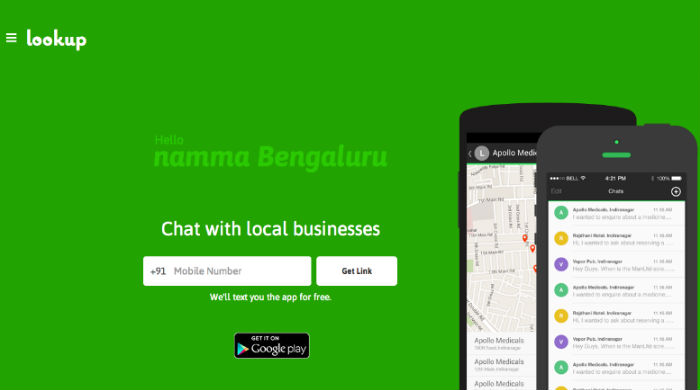 The Bangalore-based startup Hatchery Software Pvt Ltd, which runs Lookup, a free messaging app has closed a total of INR 2.4 Cr. in seed round of funding, with the last trench of $120K coming from Japanese investors DeNA Co, which runs social games company Mobage, and Teruhide Sato, who is the CEO of Netprice, a global internet and ecommerce business incubator.

This round includes the previous two investments announced a few weeks earlier. Lookup had raised $100K from MKS Switzerland SA, a precious metals and financial services group of companies and $160K in funding from Infosys co-founder Kris Gopalakrishnan.

“With Teru and DeNA putting further money, we are closing our seed round of funding and will be planning for a Series A soon,” said Deepak Ravindran, the founder of Lookup.

“India is a very big and exciting market for investors around the globe now. We feel Lookup is a great idea and has the potential to gain the local market,” said Sato, CEO & president of Netprice.

The startup had also acqui-hired RecommerceHub, a startup that sold refurbished electronic devices and has also roped in Anup Mohan, co-founder of Flamingos Media last year.

Lookup has already crossed over 5000 downloads inside Android and is hitting over 10,000 messages from over 2000 daily active users.
Related: This App Wants To Help You Chat With Your Local Stores & Businesses Securely

In this space, Mumbai-based Haptik has also closed $1 Mn in funding from Kalaari Capital in November last year.

Lookup has also joined hands with Bangalore Police to  help public to connect with the police in case of emergencies recently. Lookup will be running a week long campaign “MOSHI MOSHI” meaning Hello in Japanese and will be giving away free Sushi to the Lookup-ers(downloaders). This is how you can get it: