Will restrict the use of Aadhaar only for availing government incentives 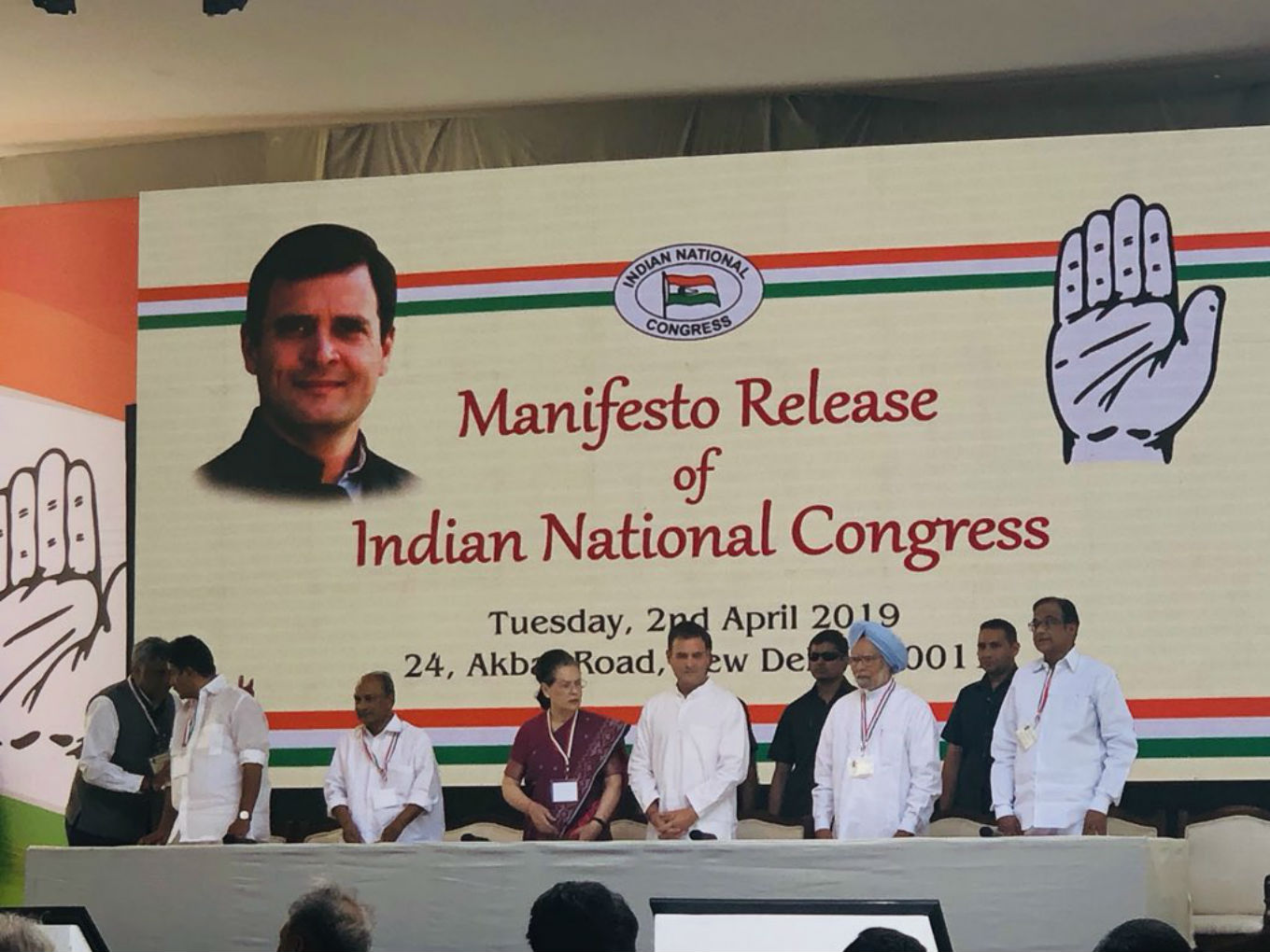 Ahead of Lok Sabha elections, political party Indian National Congress has said that it will amend the Aadhaar Act 2016 in order to restrict its usage to for the services and subsidies to be provided by the government under the originally intended law.

This revelation was made during the launch the Congress manifesto 2019 named “Congress Will Deliver” today (April 2).

The party clarified in the manifesto under the topic of “Food and Nutrition Security” that Aadhaar linkage will be voluntary and encouraged. However, the party said that no one will be excluded from government services even if they do not wish to link Aadhaar.

In other words, if voted to power, Congress president Rahul Gandhi plans to restrict the use of Aadhaar for any other purpose than receiving government services. Use of Aadhaar by private companies for providing fintech or telecom services will be scrapped.

The manifesto also explains that for getting access to government incentives, people will be encouraged to link their Aadhaar however this too will be voluntary. Those who do not wish to do so will not be excluded from the services.

As a part of its key pledges, the party also said that it will review all laws which are currently responsible for restricting the freedom and privacy of Indian citizens.

Why Is Congress Focusing On Aadhaar This Election?

The debate on the use of Aadhaar has now become a long debate and discussion. After several incidences of breaches due to the unique identity number had raised concerns among the general public about the safety and security of their personal information.

In September 2018, the Supreme Court in its landmark judgement on Aadhaar’s constitutionality directed that Aadhaar will be mandatory only for filing income tax returns and for the allotment of PAN. It won’t be essential for opening bank accounts or getting SIM cards from telecom operators. It had also struck down Section 57 of the Aadhaar Act which gave a right to the private companies to seek Aadhaar details from their consumers.

These directions became a major blow to the fintech and telecom players who mainly relied on Aadhaar-based eKYC authentication for customer onboarding. However, in order to help the companies, the President of India, Ram Nath Kovind had approved promulgation of an ordinance which will allow voluntary use of Aadhaar by private entities. This development is a part of the Aadhaar Act Amendment Bill.

In response to this amendment, Member of Parliament, Sashi Tharoor had also said that the Bill is, “a violation of Supreme Court judgment and the fundamental right to privacy.”

Amidst this entire Aadhaar fiasco, it seems that government was at the win-win situation after Aadhaar regulatory body UIDAI said with private organisations are to pay a fee of INR 20 ($0.2) for each eKYC transaction and 50 paise for authentication of the unique ID.

By promising to introduce amendments in the Aadhaar Act, Congress may have been looking to target the confusion among the audience relating to the validation of Aadhaar.

Currently, the citizens of India are yet to understand the legal ways for utilising Aadhaar services. The concept which was introduced to ensure that government incentives reach each and every citizen of the country led to an entire debate of privacy breach and lack of data security.

The loopholes in Aadhaar database which holds personal data such as name, address, contacts, biometric data etc has been pointed out to us numerous times. So much so that French security expert, Robert Baptiste who goes by the alias of Elliot Alderson had publicly shared a video on how the security system can be breached in a minute.

With the Supreme Court’s judgement to restrict Aadhaar use and the central government’s plan to reintroduce it back, the citizens may be confused about the usage of the unique identity number.

An interesting poll on Twitter by author and gender activist Rita Banerji reveals how the issues related to Aadhaar can affect one’s choice of political party. 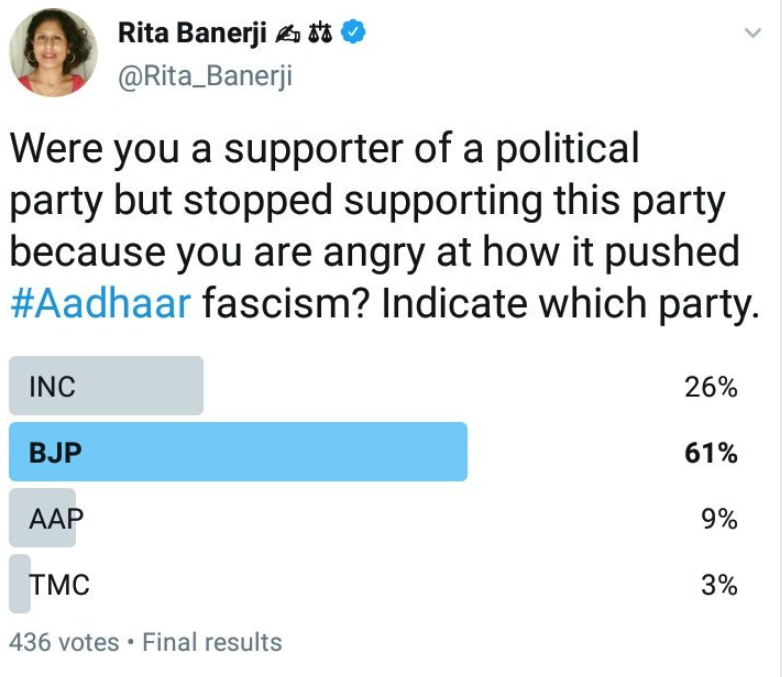 This indicated that a majority of 61% stopped supporting the ruling party due to Aadhaar. Thus making promises to tweak Aadhaar laws may become one of the strong points for the party. However, will it deliver these promises or will get the chance to deliver them is to be seen.