SE2 plans to electrify 50% of its employee transport

Lithium Urban is planning to expand its segment 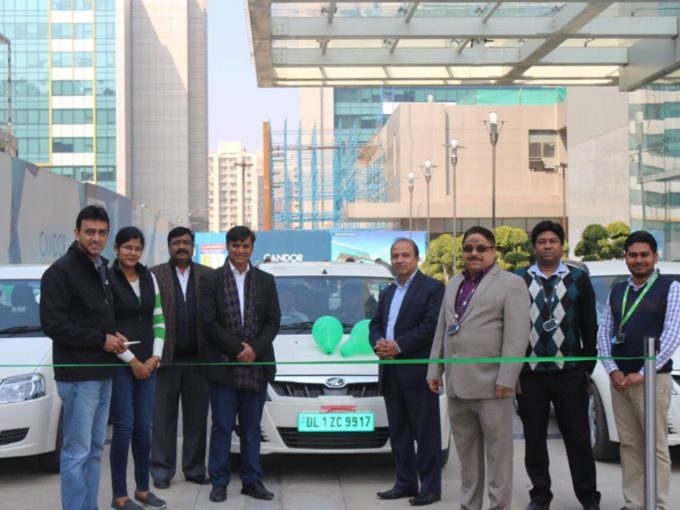 B2B electric vehicle (EV) fleet provider Lithium Urban has partnered with tech company SE2 India to provide the former’s electric fleet to SE2 for employees’ commute in its Gurugram office. SE2 is planning to electrify 50% of its employee transport over the next six months.

Sumit Bhatia, head of HR at SE2 India, said, “Given the daily challenge to get breathable air quality, moving towards the green environment is the way forward. At SE2 India, we are committed to reducing our carbon footprint and our tie up with Lithium is the foremost step towards making SE2 India a sustainable organization.”

Bhatia also added that the partnership with Lithium Urban will help the company to promote green commuting habits amongst employees and cut down on carbon emissions. “With an automated transport system in place and introduction of EV cabs, we plan to strengthen our journey towards building a better future,” he added.

Headquartered in Gurugram, SE2 India started its operations in India in March 2019. The company has also launched a Pune Technology and Innovation Centre in August. The company currently employs about 600 associates providing end-to-end service to its clients in the US.

Founded in 2015 by Sanjay Krishnan, Lithium Urban is a zero-emission transport service that provides connected EV fleets and associated charging infrastructure to institutions, companies and other private entities.

The company is also planning to infuse electric buses and sport-utility vehicles (SUVs) into its fleet and introduce new segments. For this, Lithium Urban also partnered with Tata Motors to infuse more EVs into its fleet. As per the agreement, Tata Motors will provide 400 Tigor electrics and 100 units of its newly launched electric SUV Nexon in the fleet.

Tata Motors president of electric mobility business, Shailesh Chandra, said that the partnership will help in electrifying Lithium Urban’s fleets faster than before and fulfill its agenda.

Lithium Urban claims to have covered 7.8 Mn Miles (1.2 Cr Km) so far with the energy consumption of 1.5 Mn KWh. The company claims to have saved six lakh liters of petrol since its launch in 2015. Under its five-year-old partnership with Mahindra, Lithium Urban’s fleet has covered 100 Mn Kms (62.1 Miles) with 1K Mahindra EVs.