Lendingkart’s new product will provide its agent partners with an API suite, enabling them to manage loans without Lendingkart’s managers intervening 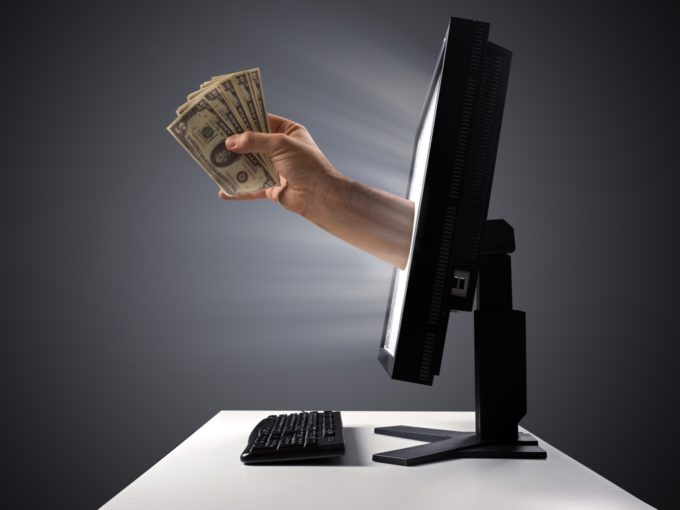 A lot has been said about the dearth of credit access for those living in India’s Tier 2 and Tier 3 regions as well as rural areas. Traditional financial institutions and their structures haven’t catered well to the credit needs of the consumers and businesses here. According to an analysis by Bala Srinivasa, the managing director at early-stage venture fund Arkam Ventures, 24 Mn Indian households in the top two income categories, with annual incomes of more than INR 10 Lakhs per annum, make up 70% of all consumer credit consumption.

At the same time, the demand for credit is only set to rise, as an aspirational middle class in the cities and educated youth in Tier 2 and Tier 3 cities make up the bulk of India’s workforce today.

With a view to widen the access to formal credit and facilitate better coordination with its agent partners across the country, Ahmedabad-headquartered non-banking finance company (NBFC) Lendingkart has launched an omnichannel SaaS platform for its agent partners, called Lendingkart xlr8.

Lendingkart primarily caters to the capital requirements of small and medium enterprises. Founded in 2014 by Harshvardhan Lunia and Mukul Sachan, the company claims to have disbursed more than 1 Lakh loans to more than 91,000 MSMEs in over 1,300 Indian cities. With the new product, Lendingkart is opening up its core technology to its agent partners, which share the same vision of “bridging the credit gap in the credit deprived yet high growth potential segments,” Lendingkart CEO Harshvardhan Lunia told Inc42.

Why Lendingkart Launched A SaaS Product For Agent Partners?

The target audience for the SaaS product will be agent partners or the direct selling agents (DSA) with whom Lendingkart has collaborated for on-ground selling. Its DSAs include Paisabazaar and Ruloans. Earlier, due to the scattered presence of the DSAs, Lendingkart had to employ a manager for these agents. But now, given that loan demand has risen sharply, the need is to automate this process. Lunia explained that the need for a SaaS platform for its on-ground agents was felt when the country went into lockdown in late-March last year, to contain the spread of the Covid-19 pandemic.

Lendingkart’s new product will provide agents with an API suite. This will enable them to have the loan journey status available on their own platforms, so they can create, fulfil and track all their applications without depending on Lendingkart personnel.

The company claims that xlr8 will enable faster processing of loan applications, with minimal requirement of documents and no reliance on offline media to communicate.

Impact Of Covid On Loan Requests

Besides demand for credit, niche products such as buy now pay later and flexible EMIs are also gaining currency among the younger generation in the new normal.

“During the lockdown period in April and May 2020, we saw close to 1.5 Lakh applications from customers. Close to 60% of all applications came through our website or the mobile app. Another 40% were through the online channel partners like Paisa Bazaar. The overall volumes were down by almost 50% due to the uncertainty in the business environment,” he said.

The company’s feet-on-street and offline partners took a direct hit because of the inability to operate during the lockdown. Lunia added that the operational difficulties faced by DSAs during the two months of hard countrywide lockdown (April-May) prompted the SaaS play, as it would allow the partners to serve customers without crippling Lendingkart with dependencies.

According to Lunia, Lendingkart’s investment over the years in building technological structures helped the company tide over the pandemic, when physical distancing protocols hampered on-ground operations. These included its assisted real-time digital application process, where a designated person from the team guides the customer through his/her loan application process. Aadhaar and video customer identification facilities also helped, as did the advent of services such as e-Aadhar, digital signature, e-NACH for mandatory KYC requirements.

The founder also claimed that Lendingkart had witnessed a 5x surge in requirements of working capital during last year’s Diwali festive season from October-November, as compared to the same period in 2019. And after 4-5 months of lockdown, its growth numbers normalised to pre-Covid levels.

In the fiscal year ending March 31, 2020 (FY20), Lendingkart has claimed to have disbursed credit worth INR 2,400 Cr to MSMEs, registering growth of 80% in AUM (assets under management), 110% in gross income and 118% in profits before taxes. An Inc42 story from October carried a detailed overview of Lendingkart’s second straight profitable year, with INR 464 Cr in revenue.

As for the company’s future plans, Lunia said that while 700 of Lendingkart’s partners are utilising its new xlr8 product, it wants to expand it to 10,000 partners by the end of 2021.

Lendingkart’s consumer lending ambitions will face a challenge from other digital fintech startups such as ZestMoney, along with global companies such as WhatsApp, both of which are looking to aggressively tap into the demand for credit in the largely unserviced segment of the population that lives beyond India’s metro cities.

In July, Google Pay partnered with ZestMoney as part of its plan to add lending to its payments business. Google Pay is expected to partner with more such digital lenders and non-banking finance companies (NBFCs) in the future.

Besides Google, Amazon Pay Later offers a zero-interest credit to its customers in India to buy essential products or to pay bills. Amazon Pay has partnered with lenders such as Capital Float and Karur Vysya Bank. Amazon’s rival Flipkart has also introduced a similar feature for an instant credit line of up to INR 5,000 at zero additional cost for up to 40 days. Other microlending and pay-later platforms like LazyPay offer services through over 250 websites and apps for a credit limit of up to INR 1 Lakh.

An analysis of the opportunities present in India’s consumer lending segment can be found in a recent Inc42 Plus report, Lending Tech In India: The Rise Of Consumer Lending, Report 2020.