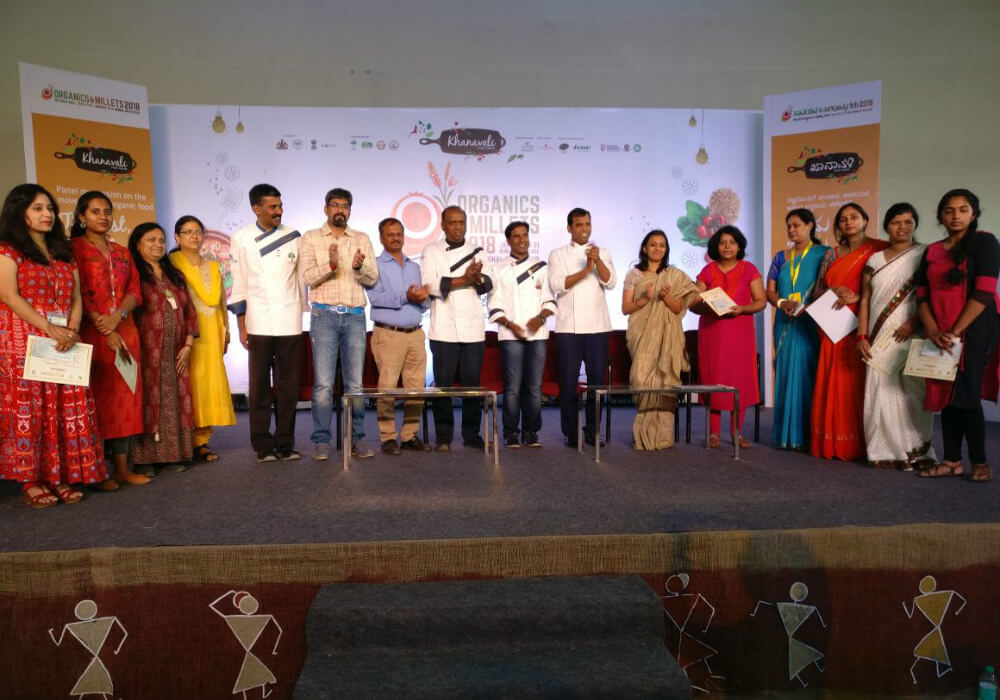 At International Trade Fair Organics and Millets 2018, the Karnataka government has made a host of announcements to attract more startups and entrepreneurs in the state, particularly in agritech sector.

Speaking of how startups can bridge the void, Indian agriculture is facing today, Karnataka Agriculture Minister Krishna Byre Gowda said, “There are gaps in terms of technology, business and supply chain, and startups can help fill these gaps.”

During the session on startups and entrepreneurship, Gaurav Gupta, Principal Secretary, Ministry of IT/BT, Karnataka announced the setting up of startups helpline as well as a dedicated portal to address the growing queries of startups in the state.

“We have already registered 7K startups and we aim to have 20K startups within next few years,” said Gaurav Gupta.

“We were among the earliests to organise a grand sector-agnostic startup incubation programme such as Elevate 100 to support startups in every way,” said Gupta.

A brainchild of the State government, the ELEVATE 100 programme is a combined initiative of the Startup Cell, Karnataka Biotechnology and Information Technology Services (KBITS) Government of Karnataka.

Under the Elevate 100 programme, the state government had shortlisted 112 startups for the incubation, granting access to the government’s $62.5Mn cumulative startup fund as well as mentoring from industry experts, idea validation, advisory and legal support.

Speaking about the funding extended to startups, Gaurav said, “We have released $1.6 Mn (10 Cr) funding only for agritech startups only.  22 agritech startups have been funded, five of them are biotech-related. Precisely, $300K (INR 198 Lakhs) have already been sanctioned and more in process.”

“We have already given cheques to more than 150 startups so far as part of their Seed funding. Besides providing Seed funding under startup-grants, we have also established dedicated VC level funding for the startups. For instance, for electronic startups, we have Semiconductor fund, for Biotech startups, we have established Biotech funding and similarly animation and visual effects funding for the same startups. We have also joined hands with Microsoft, Oracle and many other corporates to participate on either one or both the stages,” informed Gupta.

Commenting on the startup-sectors, Gaurav said that promising startups are coming up in medtech, agritech, fintech, healthcare among others.

Speaking of the incubation facilities, he said that the state government has partnered with leading institutions such as IIMB, IISc, and National Centre for Agro Innovation to provide the necessary technology incubation support to the startups.

Besides the established centre Bangalore IIM Innovation centre, Institute of Bioinformatics and Applied Biotechnology (For Genetics), IISc Incubation (for Nanotechnology), 20 colleges are being shortlisted to provide incubation facilities to student entrepreneurs.

The aim is to set up and develop incubation programmes in every field.

In line with the state initiatives, the NSRCEL Centre of IIMB has launched the countrywide Women Startup Programme (WSP) that will be funded by Goldman Sachs and the Department of Science and Technology (DST).

The six-week-long WSP is one of the first incubation programmes in India to promote women entrepreneurs; helping them make PoCs.

On what’s more can be done, Gupta raised the necessity of having workshops for startups and entrepreneurs, to which the Agricultural Minister instantly agreed. The Minister assured that the issue will be resolved within a year.

While states like Maharashtra and Punjab have now come up with their own startup policies, Karnataka was the first state in the startup policy implementation. However, as per the Startup India data, the state is still behind Maharashtra, in terms of the number of startups.