As Per CEO Nidhi Agarwal, The Gurugram Based Startup Closed Shop Due To Lack Of Funds 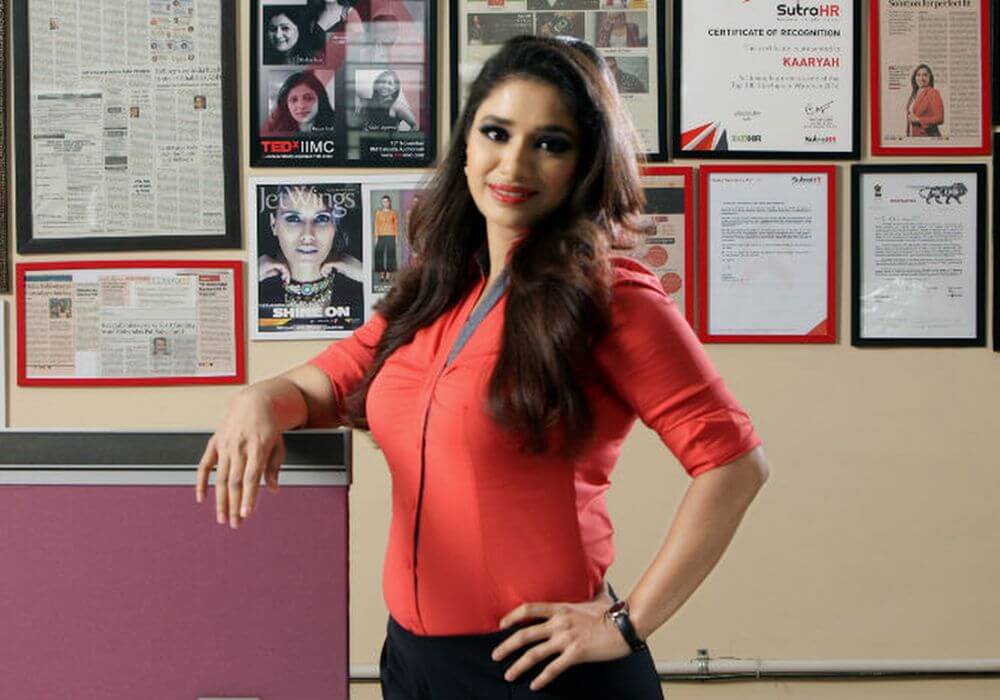 Ratan Tata-backed online women’s fashion portal Kaaryah has closed shop, after being operational for over three years. The Gurugram-based startup has pulled down the shutters due to lack of sufficient funds.

Commenting on the development, Kaaryah founder and CEO Nidhi Agarwal said, “It was not sudden. We have been trying to raise funds for the last 18 months. We had broken even twice in 30 months. Honestly, my aspiration for the brand was to take it to $15.6 Mn (INR 100 Cr) revenues within 4-5 years of having started it.”

“It looked very realistic should we have received normal amounts of funding, given that we were a very capital efficient and working capital-light company. But fact of the matter is, nobody is looking to fund anything right now,” she added.

According to Agarwal, all employees of Kaaryah have also been laid off. In its heydays, the online fashion startup had a workforce of around 50 to 60 people.

She further claimed that the employees that have been let go were given a notice period of two months. Some were also provided with references and job placements elsewhere.

Agarwal herself is currently working as a consultant for startups that are looking to build their own brands.

Launched in 2014 by Nidhi Agarwal, Kaaryah was a technology-enabled and data analytics-driven apparel brand that catered to women’s western wear category in India. During the three years since its inception, the startup provided trendy western outfit for professional women based on Indian body type.

The portal also catered to plus size women with up to 18 dress sizes. According to the founder, Kaaryah’s team relied on process re-engineering backed by home-coded technology to help the company stand out.

As per its regulatory filings, in January this year, Kaaryah raised $499.5K (INR 3.2 Cr) in funding from India’s first women-focused VC fund SAHA, against the allocation of 451K shares. The SAHA Fund owns 16.16% stake in the startup.

Prior to that, in July 2016, founder Nidhi Agarwal, along with Badri Agarwal and Urvashi Agarwal, also pumped $265.8K in the fashion startup. In December 2015, Kaaryah had secured an undisclosed amount in Pre-Series A round of funding from former Infosys veteran TV Mohandas Pai and the SAHA Fund.

Back then, it was reported that the funding was to be used to deepen Kaaryah’s market penetration, develop new technologies, hire talent and ultimately, build a formidable women’s brand.

At the time, Nidhi had claimed that the company had achieved solid unit economics and WC efficiency by leveraging technology to manage no-stocking delivery. She had further stated that the startup had made a 15-20% growth despite low marketing spends.

Before that, in June of the same year, Kaaryah raised an undisclosed amount of Seed funding from Tata Sons’ chairman emeritus Ratan Tata. As per sources, the fashion startup had to approach over 100 investors prior to securing the Seed financing from Tata.

Elaborating further, Agarwal stated, “At that point in time, I had only a proven concept. Now, we have already made more money in revenues than what was invested.”

As of 2015, Kaaryah boasted more than 3,500 monthly orders and sold its products at different marketplaces like Myntra, Jabong, Flipkart, PayTM, Snapdeal and LimeRoad. As per its regulatory filings, during FY16, the company reported net sales of $265.5K (INR 1.7 Cr), while losses stood at $624.7K (INR 4 Cr).

Another online fashion startup that recently pulled the shutters was Aditya Birla Group-owned abof.com. According to reports that surfaced in September, the startup’s employees were informed in a town hall meeting that the company was planning to wind up its operations by the end of this year.

Poised to reach $14 Bn by 2020, the Indian online fashion market is ruled by biggies like homegrown Flipkart, which has fashion and lifestyle platforms like Jabong and Myntra in its kitty, and global ecommerce behemoth Amazon. As per an Inc42 DataLabs report, 2017 saw over 17 startups closing down their operations across categories such as ecommerce, fintech, logistics, hyperlocal, etc. Increasing competition in the online fashion segment is one of the major reasons that is driving smaller startups like Kaaryah out of business. Whether 2018 will bring a similar fate upon the country’s smaller fashion startups remains to be seen.