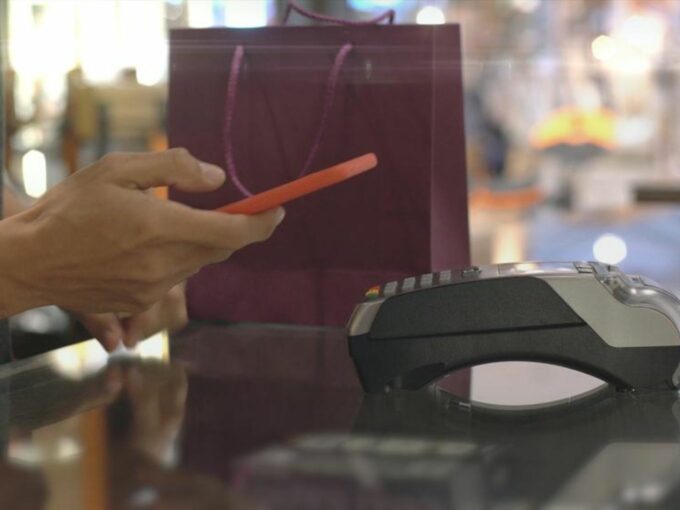 India has been one of the fastest-growing nations when it comes to digital payments. The 2016 demonetisation gave India a push to experiment with digital payments and since then there has been no turning back. However, the glass ceiling is still far from breaking.

According to the Digidhan database maintained by the IT ministry, Indians averaged about 3.85 digital transactions per person between July 2019 and July 2020. But there has been a stark difference in terms of the rate of adoption across states.

While Andhra Pradesh, Haryana, Uttar Pradesh and Maharashtra have been recording the highest number of transactions per person, Chhattisgarh and Jammu & Kashmir have been amongst the states with lowest transactions. Even North-Eastern states of Mizoram, Manipur and Meghalaya have recorded the lowest digital transactions. 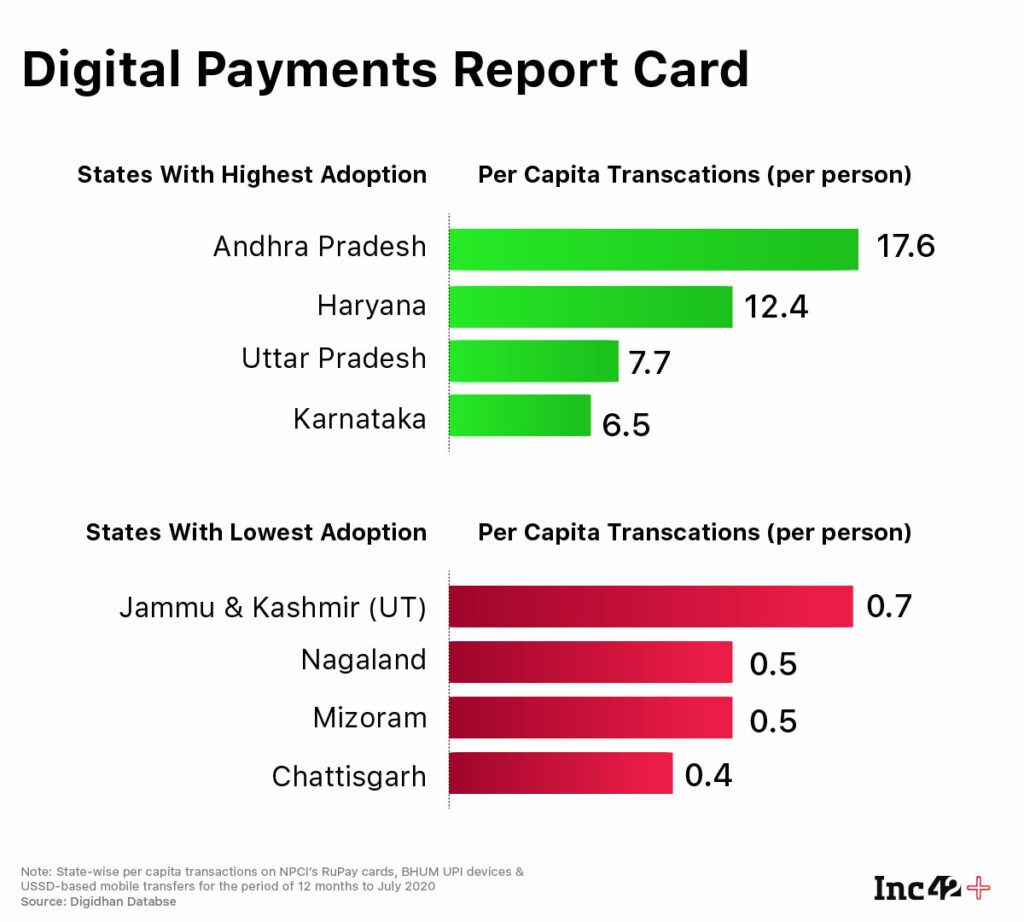 The Digidhan database keeps a tab on all digital transactions across National Payments Corporation of India (NPCI) operated channels — RuPay cards, UPI interface BHIM, and Unstructured Supplementary Service Data (USSD)  — based mobile transfers. The data mentioned above was collected between June 2019 to July 2020.

An Economic Times added that digital payment industry executives estimate that the grass roots campaigns in states like Telangana and Andhra Pradesh as well as sizable populations in small towns across Uttar Pradesh and Bihar have contributed to the surge in digital payments in these areas. These experts have also pointed out other factors like higher income levels, better internet and banking infrastructure, and reliable power supply as driving factors behind more digital payments in these regions.

In January 2020, Reserve Bank of India’s governor Shaktikanta Das had claimed that digital payments account for around 97% of daily payment system transactions in terms of volume. “This has been made possible with the accelerated growth of over 50% in the volume of digital payment transactions in the last five years,” he added.

Further, he noted that the extent of digital penetration can be gauged from the fact that each day on an average, the payment systems in India process more than 10 Cr transactions of nearly INR 6 Lakh Cr.

According to RBI data, the currency in circulation across the country increased at a CAGR of 10.2% over the past five years  —  between the financial years (FY) 2014-15 and 2018-19. “The rate of increase is lower indicating a perceptible shift away from cash. Although cash is deeply embedded in the payment systems in India, planned efforts post-demonetisation have shown a marked shift from cash to digital payments,” said RBI’s report.