It Is Time For Indian Startups To Build For Global Markets: TiE’s Amit Mookim 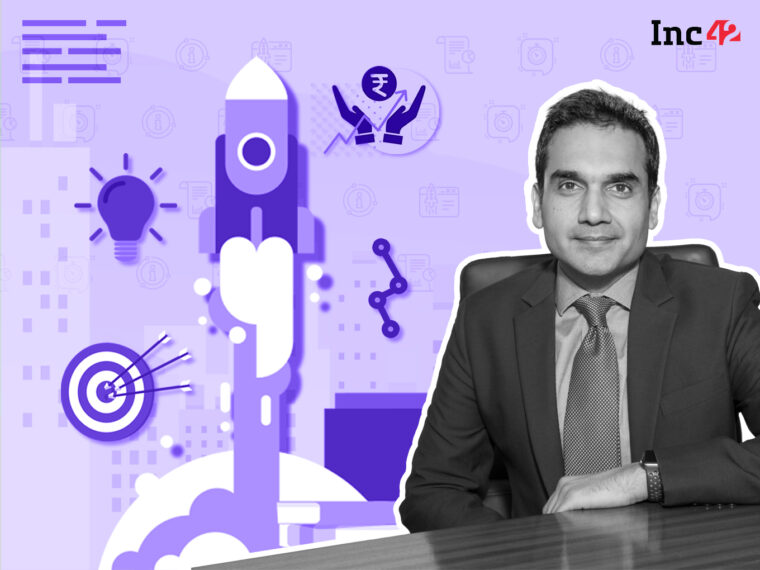 In an interaction with Inc42, Amit Mookim of TiE discussed India’s unicorn boom, how startups can recuperate from the economic slowdown, the future of IPOs and more

India is likely to produce a few unicorns from the ESG sector over the next 5-7 years, Mookim said

The pivot of traditional corporate players from brick-and-mortar to digital businesses will be a big factor in India producing more unicorns going ahead: Mookim

India began its unicorn journey more than a decade ago when mobile adtech startup InMobi soared past the $1 Bn valuation mark in 2011. The historical feat was soon followed by several well-known names such as ecommerce giant Flipkart and cab-hailing app Ola.

By 2019, 31 Indian startups had joined the coveted unicorn club. Up until then, the rise of Indian startups was steady and promising. However, the pandemic changed the game for Indian startups, expediting the rate of minting unicorns by multifold.

The higher dependency on digital services during the pandemic, along with the proliferation of smartphones and increased internet penetration, resulted in homegrown startups raising a whopping $42 Bn in 2021, while 44 startups attained the unicorn status during the year.

Come May 2022, the country celebrated its unicorn century when neobanking platform Open joined the elite club. According to Inc42’s Unicorn Tracker, the golden 100 have a combined valuation of $333 Bn and the country is estimated to mint 250 unicorns by 2025.

Today, many of these startups are making inroads both in India and abroad with their innovative models, disruptive technologies and wide audience appeal. They are flying high, raring for excellence in varied sectors — from ecommerce, healthtech, fintech to consumer services, media and entertainment and logistics.

While this paints a seemingly rosy picture of the startup sector, all is not well. The global slowdown has caught up with India’s startups. Cost cuttings and layoffs have become almost routine. Downsizing at unicorns like Unacademy, Vedantu, Cars24 and other startups have impacted over 9,000 employees, according to Inc42 layoff tracker.

The question is, how will Indian startups emerge from this downturn? Will they be battered and bruised, or hale and hearty, and how many of them will even survive this?

Ahead of TieCon, hosted by The Indus Entrepreneurs — a global organisation on a mission to foster entrepreneurship — Inc42 caught up with Amit Mookim, president of TiE Mumbai, to decode the scope of India’s startup potential in the coming year, how they can recover from the slowdown, what the unicorn boom means for India and a lot more.

Here are the edited excerpts from the interview:

Inc42: Which sectors, do you think, will see the fastest emerging unicorns in the next three years?

Amit Mookim: Ecommerce, fintech and the SaaS industry have minted the most unicorns in recent years and I believe that this trend will continue in the next three years. I would love to see the emergence of more startups in the ESG (environment, social and governance) space, which will benefit everyone.

Although the sector is already getting a lot of attention, it is still in its early stages. Over the next five to seven years, we hopefully should see a few unicorns in that sector as well.

Inc42: The rise of tech trends such as super apps have led to many cross-sector acquisitions. How will this trend shape the future of the startup landscape?

Amit Mookim: There is limited evidence of the success of super apps and we’re yet to see how things will play out. Having said that, there will be a lot more activity with respect to super apps in the form of mergers and acquisitions, as well as investments among consumer-driven businesses. Whether those platforms will dominate or coexist along with dedicated platforms is yet to be seen.

Inc42: The current slowdown in the global markets is also affecting India. The same is reflected in layoffs and cost cuttings at several startups. How can they sustain growth amid economic uncertainty?

Amit Mookim: Globally, economic, environmental and political uncertainties have led to inflation, oil price shocks and disruptions in supply chains. These factors affect startups more as they have a faster cash burn. What happens in a super frothy market (as happened during the pandemic) is that a lot of things get accelerated quickly. But investors now are taking a far more prudent approach in the kind of startups that they are funding and supporting.

This is a big learning lesson for startups who will now have to be more careful about where they spend their money or their effort and how they can create a tangible value over the next four to five years.

Inc42: For India’s tech startups, the year began on an underwhelming note. The NASDAQ index plunged by 7% in January and many startups took the heat as their stocks dipped. As tough business climate overshadows the startup ecosystem, what according to you is the outlook for Indian startups planning IPOs this year?

Amit Mookim: I think the IPO momentum, which was there last year, has obviously slowed down this year. But given the market environment and other factors, I think it will pick up the pace soon. Delhivery getting listed and doing well is a classic example. Of course there will be fewer IPOs this year because the capital pool and allocations have changed.

Inc42: What role do government initiatives play in transforming India into one of the largest startup hubs in the world?

Amit Mookim: Currently, very few Indian cities have the amenable social infrastructure. You need an ecosystem of academia, industries, students, employment pool and social infrastructure for nourishing India’s startup culture and that is where government involvement is most crucial. I think the government needs to create startup clusters in different industries and states and work closely with the ecosystem players such as angel networks and associations like TiE.

Inc42: Tell us about TiEcon 2022? What are the key themes and focus areas?

Amit Mookim: This year we are celebrating India’s emergence as a true startup economy. A great milestone was achieved a few weeks ago, when India got its 100th unicorn. India’s unicorns have created jobs, funding, technology and value. Thus, contributing towards the economic growth of the country.

TiEcon is hosting the Unicorn Summit to give a platform to unicorn founders so that they can share their stories and challenges from an early stage company to a post-IPO company. We have some 20-25 unicorns coming together for the first time and I believe that this will be the largest unicorn summit ever in India.

Inc42: How, according to you, can India truly become a unicorn nation? What would be the contributing factors?

Amit Mookim: Firstly, we need to think of global examples. Look at Israel. Though it is geographically small, it is producing great innovation and is disrupting global markets. I think it is time for India to build more for global markets and I believe it has already started happening.

Secondly, successful unicorn founders should support other entrepreneurs and enterprises to help them grow and scale. The pivot of traditional corporate players from brick-and-mortar to digital businesses will also be a contributing factor. Finally, government support is important for helping India become a nation of unicorns.

Inc42: In 2021, Mumbai attained the first position in the Emerging Ecosystems, according to the Global Startup Rankings by Startup Genome. What are the key factors contributing towards the growth of Mumbai as a startup hub?

Amit Mookim:  Mumbai has a very vibrant ecosystem of finance, so we have access to huge capital. The city also has a very strong entrepreneurial culture. But retaining and growing talent is a challenge. This is because we have poor social infrastructure and the cost of setting up businesses here is very high. We really need to figure out how to bring those costs down. What we need is a centrally located startup hub or a cluster, supported by the government in terms of concession rates and incentives.

Inc42: According to you, what makes Mumbai an exciting place for startups?

Amit Mookim:  I think it is the undying spirit of the people of Mumbai. Their grit and perseverance is relentless and commendable. The infrastructure in other cities is on the verge of a collapse. Most are facing a war for talent, with no work-life balance or terrible work culture. On the other hand, Mumbai offers great opportunities to people and enterprises. The fact that it has minted 30% of unicorns shows its potential to emerge as India’s biggest startup hub.