StockGro has a gamified virtual interface that enables users to discover trading strategies, compete and interact with others

Prior to this round, StockGro raised around $1 Mn in an angel round of funding from CRED founder Kunal Shah, Bounce cofounder Vivekananda Hallekere, Moglix founder Rahul Garg, among others

The company will use the funding to grow its user base, hire tech talent and build new features 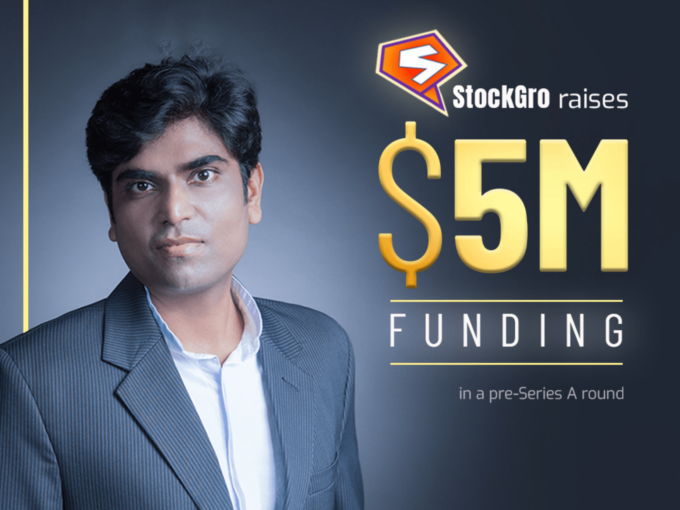 Social investing and gaming platform StockGro has raised $5 Mn in a Pre-Series A round of funding led by Roots Ventures and Velo Partners.

Prior to this round, StockGro raised around $1 Mn in an angel round of funding from CRED founder Kunal Shah, Bounce cofounder Vivekananda Hallekere, Moglix founder Rahul Garg, and Livspace founder Ramakant Sharma among many others.

In the last nine months, the company claims to have become the primary platform across the 105-B Schools and colleges to learn trading and investment. Recently, StockGro partnered with NIRC, the Northern India Regional Council of ICAI to launch exclusive StockGro leagues for CA Students and Professionals.

According to the company statement, StockGro has a user base of more than 1 Mn, along with an over 80% month on month retention. The company will use the newly acquired funds to grow its user base, hire tech talent and build new features.

According to CDSL (Central Depository Services India Ltd) — a subsidiary of BSE (Bombay Stock Exchange) operating as a securities depository in India — the first six months of the country enforcing lockdowns witnessed almost 20% rise in new accounts, which exceeded 25 Mn overall in September. Furthermore, the Securities and Exchange Board of India revealed that of these new accounts, the majority belonged to those aged between 24 and 39.

Indian millennials, who were earlier apprehensive of investments, are driving the country’s investment landscape today thanks to the access to digital investment platforms and apps. Much of this could be credited to startups such as Zerodha, Groww, ETMONEY, Paytm Money, StockGro and others, who are aiming to make investments easier for young age groups.

The pandemic has accelerated the investment tech sector as people began paying more attention to their finances. For instance, the country’s online trading market is set to reach $14.3 Bn by 2025.

Some of the key players in this sector include Zerodha, Groww, Upstox and INDmoney.