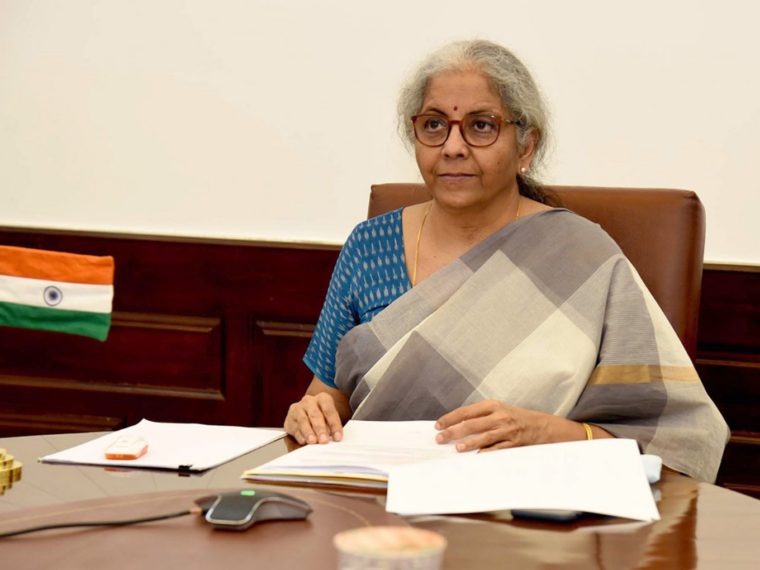 About 1.55 Lakh total applications have been received since the beginning of the scheme in 2016

More than 1 Lakh women promoters have been benefitted from this scheme during its six years of operation, the Finance Minister said

Loans worth about INR 5K Cr have been sanctioned to women and SC/ST entrepreneurs under the ‘Stand-Up India’ scheme during the financial year 2021-22, as per official data.

According to the Stand-Up Mitra portal and the Department of Financial Services, about 1.3 Lakh applications amounting to around INR 30,160 Cr were sanctioned as of March 31, 2022, in comparison to over 1.11 Lakh applications involving INR 25K Cr loan sanctioned till March last year.

As of May 9, 2022, the total applications has reached to 1.35 Lakh, involving INR 30,514 Cr loan, as per the latest data by Stand-Up India portal. The scheme has overall 80 lenders onboard. About 1.55 Lakh total applications have beeb received since the beginning of the scheme.

The Stand-Up India scheme was launched by Prime Minister Narendra Modi on April 5, 2016 to offer credit support to women and scheduled caste (SCs) and scheduled Tribes (STs)  entrepreneurs to set up greenfield enterprises.

“As we commemorate the sixth anniversary of the Stand-Up India scheme … more than 1.33 Lakh new job-creators and entrepreneurs have so far been facilitated under this scheme,”  Finance Minister Nirmala Sitharaman said in a statement in March 2022.

More than 1 Lakh women promoters have been benefitted from this scheme during its six years of operation, she added.

The credit ranges from INR 10 Lakh to INR 1 Cr to at least one SC/ST borrower and at least one woman borrower per bank branch of scheduled commercial banks, according to the scheme.

The major beneficiaries of the scheme have been women-owned enterprises, said the FM, adding around 81% of the loan accounts belonged to women, with sanctioned amounts standing at nearly INR 21,000 Cr.

The Stand-Up India scheme is based on recognition of challenges faced by SC, ST and women entrepreneurs in setting up enterprises, obtaining loans and other support needed from time to time for succeeding in business.

The scheme seeks to give access to loans from bank branches to borrowers to help them set up their own enterprise. The scheme, which covers all branches of Scheduled Commercial Banks, will be accessed in three potential ways – directly at the branch, through Stand-Up India portal or, through the Lead District Manager.

Meanwhile, the estimated credit demand by women-owned very small businesses in the country is worth INR 83,600 Cr, said a report by International Finance Corporation (IFC) and Intellecap – the arm of impact investment firm Aavishkaar Group on March 8, 2022, highlighting the need for strong support from financial institutions.

There are about 15 Mn women-owned MSMEs in India that face challenges such as inadequate access to capital, technology and information, and infrastructure gaps, it said.

Moreover, “contrary to popular perception, over 70% of them are manufacturing enterprises, many of them home-based,” the report added.