The new policy allows farmers to sell produce directly to processors, aggregators, wholesalers and others 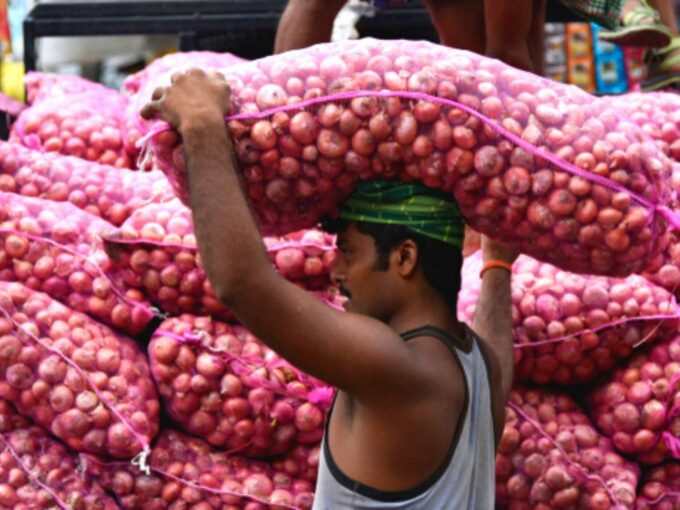 As a means to improve agricultural income for farmers and lift restrictions on sales of produce, the Union Cabinet, on Wednesday (June 4), announced that it has cleared three major ordinances, which have caused a dampening effect on the agri value chain in the past.

Firstly, the new policy aims to lift restrictions on key commodities such as cereals, pulses, oilseeds, edible oils, onion and potatoes, and gives farmers the freedom to sell their produce directly to processors, aggregators, wholesalers, large retailers and exporters across state borders, through the available e-trading as well as other platforms of their choice instead of being confined to state mandis.

India has around 7,500 big wholesale farm markets and another 25,000 small weekly markets collectively known as mandis. For most, farmers mandis are the only source of buyers and since many of them are closed or operate only for a few hours, farmers are unable to move produce, which is only increasing wastage.

Crucially, this move is said to spur private investments in agriculture and food supply chain while prioritising food security in the consumer market. Also, the government will be offering a legal contract that will enable farmers to enter into an agreement with private companies such as procurement and supply chain startups on pricing and purchase deals.

Narendra Singh Tomar, the Union Agriculture Minister, GoI said that all the three decisions are important and will largely free the sector from a system of inspectors and permits.

Speaking to Inc42, Puneet Sethi, cofounder at Farmpal said that this is a very progressive step with far-reaching and lasting impacts on farmers and the agri supply chain. Sethi said that while earlier farmers were restricted to sell via government-regulated markets or mandis, or at a much smaller scale to private companies, this will open up the market. Even companies had to get a license from the state government to buy from farmers, Sethi said. It also restricted access to farmers as each state had its own license process, paperwork and costs.

“With this recent announcement both farmers and agritech companies, especially those on the post-harvest side will have complete flexibility in terms of sale and purchase respectively. Most importantly, this landmark step will ensure higher farmer incomes and an overall improvement in their livelihoods while benefiting the struggling agriculture sector overall,” said Sethi.

“Startups that efficiently step into these gaps can build sustainable models, in my view. The vacuum in the supply chain means that startups do not have to spend much on customer acquisition. If we do a reasonable job of service, large parts of the business acquired during this phase will stay with startups post Covid. This, I believe, is what most startups in the agritech space are doing.,” said Karthik Jayaraman, cofounder & CEO, WayCool Foods.

Like startups, the government too has used a digital approach to help farmers beat the income shortfall. After a successful stint of integrating 585 farmer mandis or markets last year, the central government’s electronic national agricultural market (eNAM) recently announced that it has added 415 wholesale regulated markets from Madhya Pradesh, Telangana, Maharashtra, Gujarat, Haryana, Punjab. Kerala and Jammu and Kashmir among others. With its initial success, eNAM has reached a milestone of 1000 mandis across 18 states and 3 union territories. 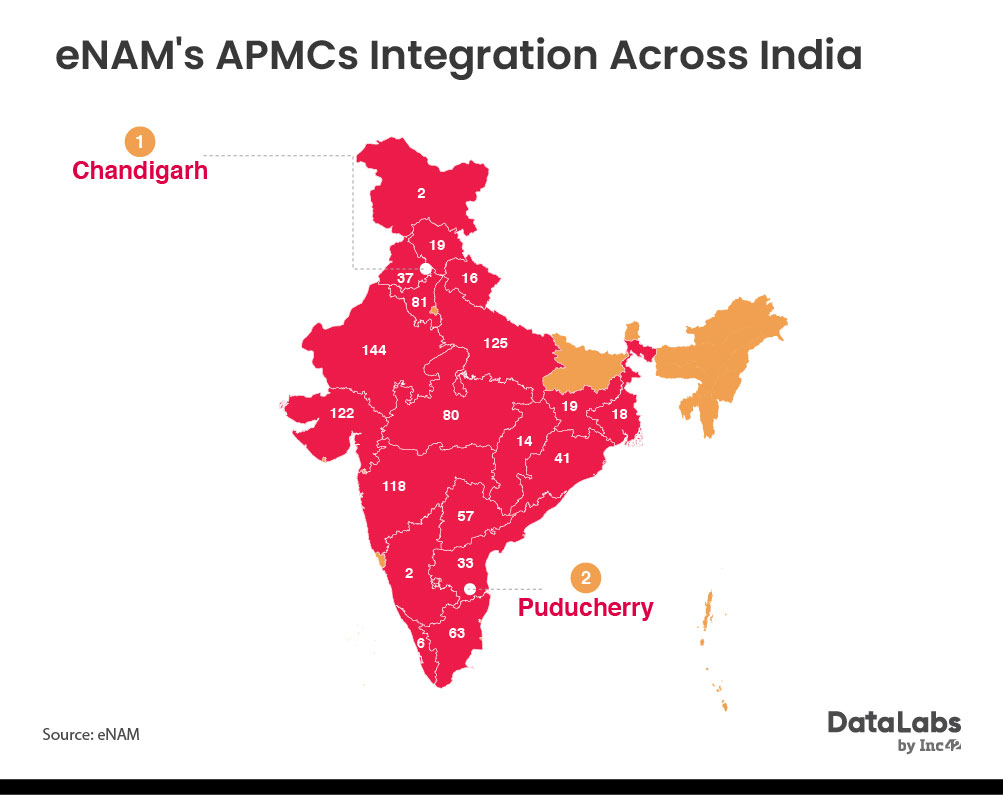 Founded in April 2016, eNAM has come a long way from where it all started. The e-trading portal is connected with 1K physical wholesale markets through a virtual platform, where it creates a unified national market for agricultural produce, where farmers can sell their produce at a transparent and competitive price, online.

Currently, it is managed by Small Farmers Agribusiness Consortium (SFAC) with the help of technology partner Nagarjuna Fertilisers and Chemicals Limited (NFCL), under iKisan initiative led by Neelkamal Darbari, managing director at SFAC.

Prior to this announcement, agri minister Tomar had said on May 1, 2020 that the electronic agriculture platform had added 200 new APMC. Interestingly, two mandis from Karnataka were added to the list of eNAM states for the very first time. With this, eNAM will be integrated with the Unified Market Platform (UMP) of Karnataka’s Rashtriya e-Market Services (ReMS), which is an e-trading platform promoted by the Karnataka State Agriculture Marketing Board, which has close to 200+ markets alone. In the span of four years, eNAM has registered over 1.66 Cr farmers, 1.31 Lakh traders, 73,151 commission agents and 1012 FPOs. In May 2020, the platform recorded a total volume of 3.43 Cr metric tones and 38.16 Lakh numbers (Bamboo & Coconut) collectively crossed another business milestone worth INR 1 Lakh Cr on eNAM.

Last month, Tomar had launched three new models of eNAM in an attempt to help farmers due to the Covid-19 lockdown crisis. The new models include Farmer Producer Organisations (FPO) Module on eNAM, Warehouse based electronic warehouse receipts (eNWR) trading and logistics module.