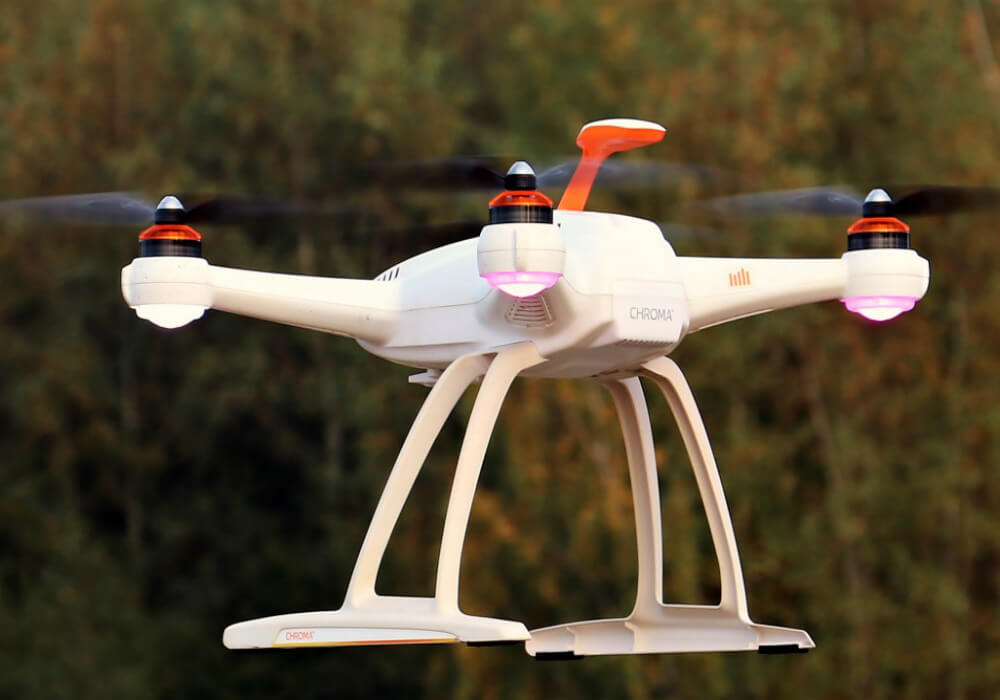 Starting with the West Central Railways, Indian Railways has decided to deploy drone cameras across all zones to enhance safety and efficiency in train operations. The drone cameras will undertake monitoring activities of relief and rescue operation, project monitoring, the progress of important works, conditions of the track and inspection related activities, according to a statement released by Indian Railways.

The WCR also has plans to use drone cameras for project monitoring in 3rd line work of Bina-Katni, doubling work in Katni-Singrouli, important bridge inspections and monsoon preparedness in deep cutting portions of ghat sections of Bhopal and Jabalpur divisions. Earlier, demonstration of drone camera was done for project monitoring of railway electrification work of the Jabalpur Yard.

Speaking to Inc42, CPRO Gunjan Gupta said, “We have bought one drone from a Mumbai-based company at $11K (INR 700K), and trial at all the three places have been done by the same drone. We are also in a process of buying two more drones to meet the increasing requirements.”

These drones will also be used to assess the preparedness of non-interlocking (NI) works, crowd management during fairs and melas as well as to identify scrap and for the aerial survey of station yards. It is going to be instrumental in providing real-time inputs related to safety and maintenance of tracks and other railway infrastructure.

However, the other railway zones are far behind, when it comes to installing drone cameras. Ravinder Bhakar, CPRO, Western Railway said, “It is a new technology and we are looking into it. We are in a process to finalise the tender by looking into the certifications and other details required for it. Hopefully, in a few months, we will be able to close it.”

The Sorry State Of The Indian Drone Market

The Indian drone market is still in its nascent age. Last Year, on November 2, the Civil Aviation Ministry had announced that India could soon witness the use of drones for commercial purposes. The Aviation Ministry had issued a draft stating the rules and guidelines pertaining to the use of drones. To its credit, the Directorate General of Civil Aviation (DGCA) had also sought comments and suggestions through their website.

Minister of State for Civil Aviation, Jayant Sinha stated, “When someone wants to operate a drone, they will have to file a digital flight plan and through a software monitoring programme and ground radars you ensure that the digital flight plan is faithfully followed.”

Currently, the Indian Drone market is filled with Chinese drones. A majority of drones are being bought from DJI drones, China. Most of the registered Indian companies are actually suppliers of Chinese drones.

Elevate 100 shortlisted, SkyKrafts is one of the Indian startups in the space, manufacturing drones for agritech as well as multi-purpose drones for other sectors. It claims to manufacture drones with 90% of the parts made in India, except the ICs which are not manufactured in India, at present.

Speaking to Inc42, Srinivasulu Reddy, Founder and CEO of SkyKrafts commented, “Though it is heartening that Indian Railways have stepped into the drone-uses. However, the government authorities and Ministry of Indian Aviation, in particular, must look into the complete drone-details such as their origin. To be specific, the US authorities have banned DJI drones, as these drones were caught supplying the ground data in real-time, back to their own country.”

So, what should be the way forward? Reddy stated that in case of drones, the government must look beyond the models, but requirements and safety & securities, first. The L1 tender process is also something that should be overlooked if it really wants to promote local players. This will also fulfil the security breach a foreign player might create.

As far as the West Central Railway is concerned, the zone claims to have the drone from a Mumbai-based company. However, it is still unclear, whether the company is a supplier or a manufacturer.

Indian Railways is just the beginning. Drone cameras can be used extensively in many other areas such as road transport to improve the traffic congestion, manufacturing plants for monitoring purposes, etc. Drone cameras have already been deployed in sports for getting a bird’s eye view of the field. It will be interesting see how Indian drone startups encash the increasing opportunity.