Drones Soon To Be Used For Ecommerce Deliveries In India: Civil Aviation Ministry

Drones Soon To Be Used For Ecommerce Deliveries In India: Civil Aviation Ministry 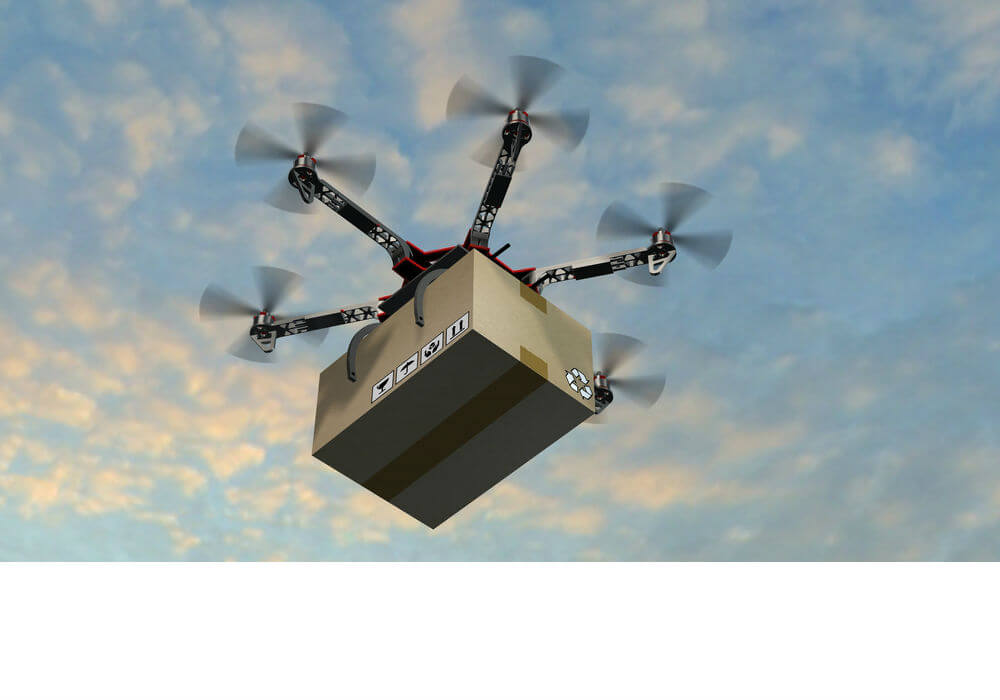 The Civil Aviation Ministry announced on Wednesday that India could soon witness the use of drones for commercial purposes such as the delivery of ecommerce packages to customers doorsteps.

The Aviation Ministry has issued a draft stating the rules and guidelines pertaining to the use of drones. In this regard, the Directorate General of Civil Aviation (DGCA) will also post a draft of rules in the public domain to seek comments and suggestions through their website.

Commenting on the use of unmanned aerial vehicles for commercial purposes, R N Choubey, Secretary, Civil Aviation said, “Drones are very dynamic, these rules will allow companies to deliver goods via drones to their customers provided they follow the norms. Both the aviation ministers wanted drones to be open for all to use, including businesses. The final policy on drones may be out by the end of this year as the draft gives 30 days for inviting public comments which are then evaluated.”

Under the proposed norms for regulation, the ministry has categorised the drones on the basis of weight.

Nano drones, which weigh below 250 grams and are not equipped to fly more than 50 feet above the ground level are exempted from licensing and permission formalities. Unmanned aerial vehicles, which weigh more than 250 grams have been classified into four other categories based on weight: 250 gm to 2 Kg, 2kg to 25 kg, 25 kg to 150 kg and above 150 kg.

According to the Civil Aviation Ministry, no formal permissions from police will be required for using UAVs, which can fly not more than 200 ft and weigh above the 250 gm up to 2kg. Except for Nano drones and the ones operated by security agencies, all drones falling under the other four categories are required to be registered with the DGCA for the purpose of allotment of unique identification. In addition, formal police permission along with legal licence and flight plan have been made mandatory prior to their use.

Apart from the legal guidelines, there will be restrictions on operating drones in sensitive areas and high-security places such as in and around India Gate and the Parliament. Besides, there are also restrictions to fly drones around international borders along with eco-sensitive zones like national parks and wildlife sanctuaries. Limitations have also been imposed on operations of drones within 500 m from strategic locations and mobile platforms including car, ship or an aircraft. The framework also suggests that government agencies are free to use drones according to their own set of guidelines and are not governed by the Civil Aviation Ministry’s regulation guidelines.

According to the Civil Aviation Ministry Secretary RN Choubey, once the unmanned aircraft systems are finalised, the commercial use of drones in India will be permitted.

Considering the convenience of using drones for delivering packages, major ecommerce firms are also looking to employ drones for their services.

Earlier in this month, ecommerce giant Amazon filed a patent to introduce unmanned aerial vehicles in India for delivery services. The company filed a patent for exclusive rights on multi-scale fiducials that are black and white markings on objects for unmanned aerial vehicles to identify them from distances. The proposed drones can also be used to identify other such objects, along with aircraft over the sky.