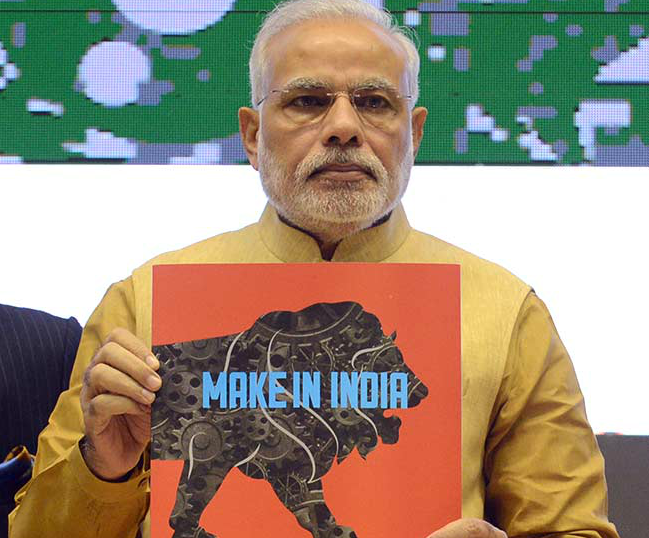 India has always had a reputation of  being a very difficult country to do business, as mentioned by World Bank’s “Ease of doing business” index, according to which India ranks 134 out of 189 countries in 2014.

Right now registering a company in India is a 27 days process, thus takes up a lot of time and efforts of the people and this comes up with many other hurdles for instance delay in getting an electricity connection, too many permits required and multiple registrations for different labor laws, etc.

Narendra Modi, who  promised during the launch of the ‘Make in India’ campaign that government would take steps to bring the country’s ranking among the top 50, has actually started working on this. As according to a TOI report, the government has started working to cut down the time for registering a business from 27 days to a single day. The government has readied a raft of measures, such as, single registration for all labour laws, overhaul of tax systems, reduction in the number of permits required, easing up property registration, quick electricity connection and property registration – measures that are expected to make the country a friendlier investment destination, says TOI.

Related: Is Indian Grandfathered Tax Laws A Roadblock For Ecommerce In India ?

The Department of Industrial Policy and Promotion (DIPP) which has been made nodal agency for pushing these reforms along with the other ministries has started working to reform the regulatory structure and overhaul the investment climate. With the help of other state bodies they are trying their best to implement it within 3-6 months.

Reforms in the tax system in the country which has been making a lot of buzz will also be made.

With this, DIPP has also suggested that the requirement of minimum paid-up capital for starting a business should be done away with,  as 90 countries have no such requirement.