In August, it had acquired a 26% stake in ‘Agillos E-Commerce’ 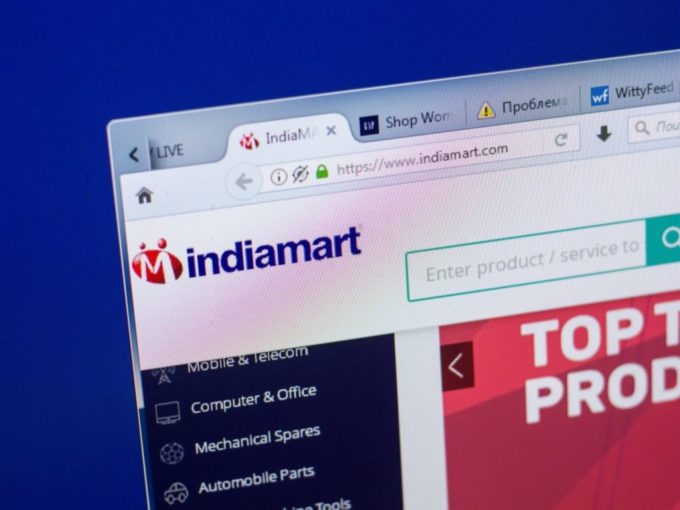 B2B ecommerce platform IndiaMART has reported a 17.6% rise in its consolidated net profit for the July-September quarter to INR 82.11 Cr on a year-on-year (YoY) basis.

During the same period of the last financial year (FY21), the Delhi NCR based company had recorded a net profit of INR 69.87 Cr.

The jump in profits came on an 11.7% increase in the consolidated revenue from operations of the company to INR 182.37 Cr in Q2FY22, compared to INR 163.24 Cr earned during the corresponding quarter of last fiscal.

IndiaMART attributed the increase in revenue to the improvement in realisation from existing customers along with the rise in the number of paying subscription suppliers.

According to the regulatory filing, the B2B ecommerce major’s consolidated EBITDA was INR 83 Cr during the 2nd quarter of FY22, compared to INR 82 Cr in Q2 FY21. EBITDA margin for the quarter under review stood at 46%.

The consolidated cash flow from operations for the quarter was at INR 99 Cr, with a YoY growth of 28%.

In terms of traffic growth, the company said that it registered a 10% growth in traffic in the July-September FY22 period at 28.4 Cr, compared to 25.9 Cr in the same quarter of the previous financial year.

In August, the company acquired a 26% stake in ‘Agillos E-Commerce’, for INR 26 Cr which under the brand name of ‘Aerchain’, offers SaaS-based solutions allowing mid to large-sized enterprises to automate their procurement operations.

Dinesh Agarwal, Chief Executive Officer, said, “Our strong balance sheet and cash flows from operations give us the wherewithal to help businesses transform, adopt digitalization and grow themselves in these times. We continue to make the right investments needed to strengthen our value proposition, and positioning while leveraging the emerging growth tailwind to create long term shareholder value.”